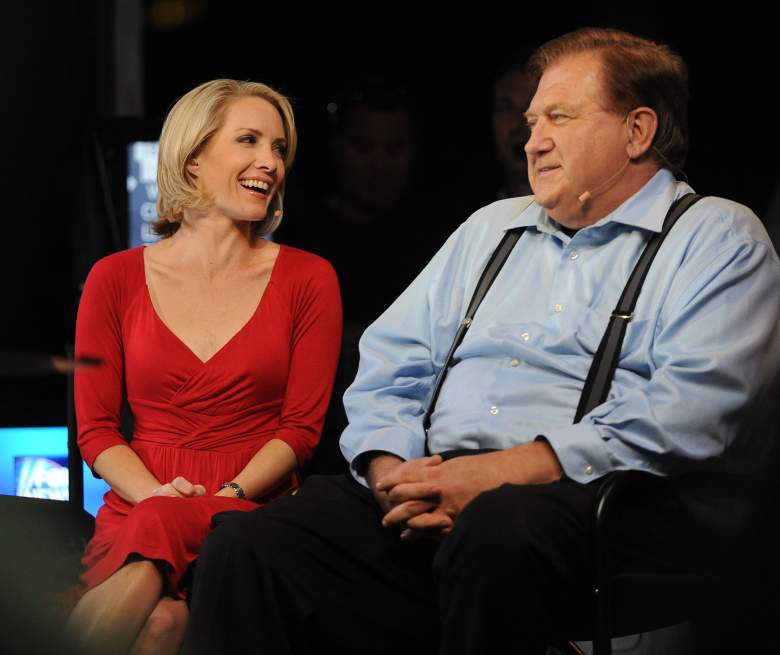 The Five hosts Bob Beckel and Dana Perino in 2011. (Getty)

Fox News fired Bob Beckel on Friday, one of the hosts of The Five, for using a racist remark towards a Fox News employee at the network’s offices.

The 68-year-old Beckel first joined the network in 2011 and left in June 2015 after undergoing back surgery and going missing from the show for months. In October 2015, he joined CNN, but left in January 2017 to re-join Fox News as one of its few liberal voices.

Here’s what you need to know about the incident that led to his firing and past racism accusations.

1. The Fox News Employee Claims Beckel Wouldn’t Stay in the Same Office Because the Employee Is Black

When Fox News first announced that they fired Beckel, a network spokesperson only issued a short, one-sentence statement. “Bob Beckel was terminated today for making an insensitive remark to an African-American employee,” the statement read.

However, attorney Douglas Wigdor issued a longer statement on behalf of the employee, whose name has not been released. The employee, who works in IT at Fox News, claimed that Beckel told him he was leaving his office because the employee is black. Wigdor claims that after the employee lodged a complaint with Fox News Chief Human Resource Officer Kevin Lord, Beckel “attempted to intimidate our client and persuade him to withdraw his complaint.”

“Because he would not do so, Fox, in what has now become common place, leaked the story on a Friday to minimize the attention drawn to Mr. Beckel’s racist behavior,” Wigdor stated. “Fox also neglected to inform the media of what was actually said, as well as the attempt to convince our client to withdraw the complaint.”

The employee is now one of 23 plaintiffs Wigdor represents in a class-action lawsuit against Fox News over racial discrimination.

“As with our other 22 clients, we intend on holding 21st Century Fox accountable for these actions and will be filing multiple other complaints in other matters next week,” Wigdor said. “We also intend on updating Ofcom with these new developments as they may be relevant in their consideration as to whether or not to approve the purchase of Sky.”

Moments after Wigdor released his statement, a Fox News spokesperson quickly sent Heavy a rebuttal, disputing the lawyer’s version of events. The network says that it fired Beckel “after a prompt and thorough investigation.” Seven minutes after the complained was filed to Lord on Tuesday, Lord began his investigation.

The spokesperson says that Beckel apologized to the employee right after he was fired and Beckel never intimidated the employee to drop the complaint.

“Today, Fox News delivered that message to Mr. Beckel and facilitated an apology from Mr. Beckel to the employee minutes after he was terminated,” the statement reads. “No one tried to persuade Mr. Wigdor’s client to withdraw his complaint.”

Here’s the entire statement from a Fox News spokesperson:

“As Mr. Wigdor knows, Fox News made the decision to terminate Mr. Beckel after a prompt and thorough investigation. His client raised the complaint to Kevin Lord, EVP Human Resources, on Tuesday evening via email and within 7 minutes Mr. Lord responded and began the investigation. Today, Fox News delivered that message to Mr. Beckel and facilitated an apology from Mr. Beckel to the employee minutes after he was terminated. No one tried to persuade Mr. Wigdor’s client to withdraw his complaint.”

3. While Apologizing For Using the Term ‘Rednecks’ in 2011, Beckel Used the Word ‘Chinamen’

This was not the first time Beckel found himself in hot water because of using racist language.

Back in 2011, Beckel tried to apologize for calling dog fighters “rednecks” during a segment about Michael Vick, Mediate notes. While apologizing, he told the audience that “redneck” wasn’t a racial term to him because “blacks are rednecks, whites are rednecks, I was a redneck, Chinamen are rednecks.” The moment he said “Chinamen,” his The Five co-hosts were stunned and they cut to a commercial break.

As Politico reported at the time, when they came back from commercial, things got even stranger. “If I upset anybody, which I do all the time, in particular in the Chinese community. It was a joke,” Beckel said. “I apologize if I hurt anybody’s feelings. And I really mean that, except well, never mind…”

Greg Gutfeld told Beckel he needed to get a dictionary. “I don’t need a damn thing … I’m a liberal and I can get away with this stuff,” Beckel replied.

Three years after that incident, Beckel said “Chinamen” live on air again. During a 2014 rant about Chinese hackers, the word slipped into his speech. He instantly realized that it was wrong, and tried to correct himself by saying “Chinese people.” Once again, his co-hosts all realized he said something wrong. When the camera cut to Eric Bolling, he had his mouth covered.

A week later, Beckel apologized for the rant, but not for the content of the speech. “I do not apologize for the things I’ve said about China,” Beckel said. There are “too many China apologists in this country” and he said he’d continue to criticize the Chinese government.

Ted Lieu called for Beckel to resign from Fox News. at the time, Lieu was running for Congress. Today, Lieu is known for his steady stream of anti-Trump tweets.

In 2013, Beckel’s co-hosts were stunned when he said his “eyes blew up and it made me look Oriental” during a segment about napping. Kimberly Guilfoyle reminded him that people don’t use the term “Oriental” any longer.

5. Beckel Suggested That Mosques Shouldn’t Be Built in the U.S. After Attacks

Among the other controversial comments Beckel has made over the years, he one suggested banning the construction of mosques in the U.S. after different terrorist attacks in the past.

As Mediate reported back in 2013, Beckel said he thinks the U.S. should stop allowing mosques to be built after the Islamic militant group Boko Haram killed children at a Nigeria school. A few months before, he suggested stopping all visas for Muslim students after the Boston Marathon bombing.

“Now I’ve already gotten enough mail from you all, you don’t like what I say about not letting your students come here,” Beckel said in July 2013. “If it were up to me, I would not have another mosque built in this country until we got it worked out who was not a terrorist.”

A day later, he told viewers that he “overstated” his case and it was an “overstatement.”

A few weeks later, after the Kenya mall attack in September 2013, Beckel again suggested that the U.S. should stop the construction of mosques until Muslims “denouce what’s happened in the name of your prophet.” Beckel also said that Islam is “not the religion of peace.”

Loading more stories
wpDiscuz
11
0
Would love your thoughts, please comment.x
()
x
| Reply
Bob Beckel, the Fox News host, has been fired for making a racist statement. Here's a look at the claim and past racism accusations.