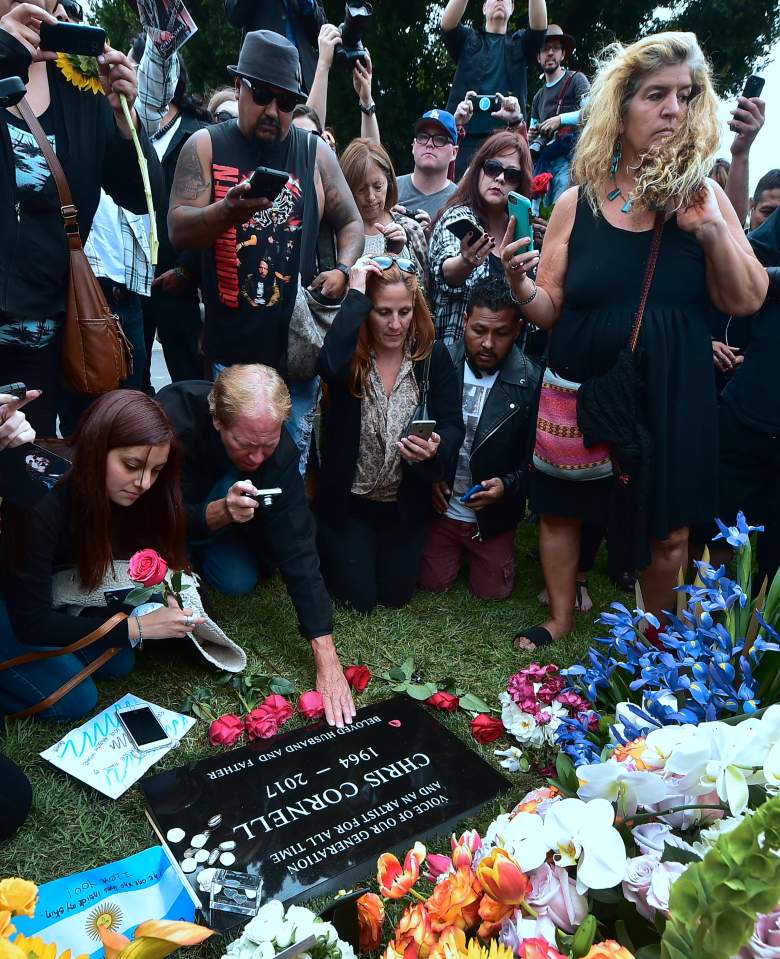 The private ceremony was attended by many celebrities and musicians who were friends with the late Soundgarden frontman. The list of attendees included Brad Pitt, Pharrell Williams, Metallica’s James Hetfield and Lars Ulrich, Dave Grohl, Courtney Love, Joe Walsh, James Franco, Christian Bale and many more.

The funeral started with Audioslave’s “Like a Stone” playing over the speakers at the cemetery and ended with Temple of the Dog’s “All Night Thing.”

Linkin Park’s Chester Bennington performed an emotional rendition of Leonard Cohen’s “Hallelujah” during the service. That was followed by eulogies from some of Cornell’s closest friends over the years, like James Brolin, Tom Morello and his former band mates in Soundgarden.

Cornell committed suicide by hanging May 18 in a Detroit hotel room. Authorities said that he hung himself using an exercise band that was jammed into the bathroom door frame.

His wife Vicky has said that her husband’s unexpected death was due to an overdose of Ativan, an anti-anxiety drug that Cornell was prescribed to.

Here are some photos of the funeral ceremony:

Chester Bennington Performs During the Service 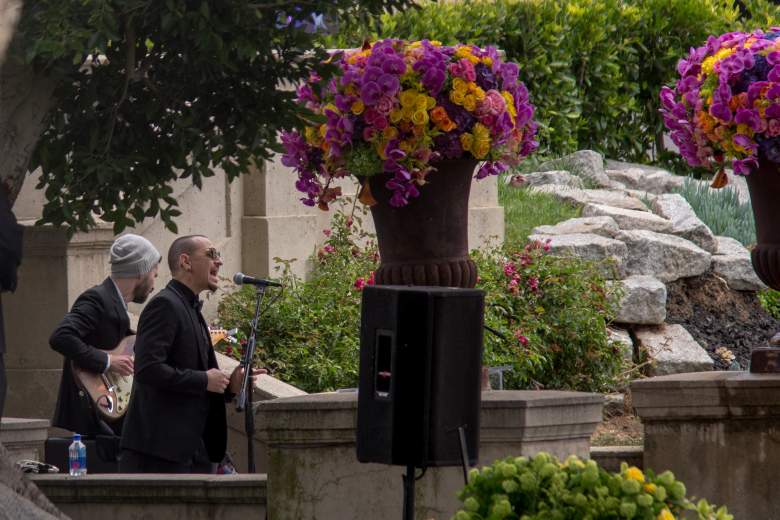 Funeral Attendees Were Still In Disbelief 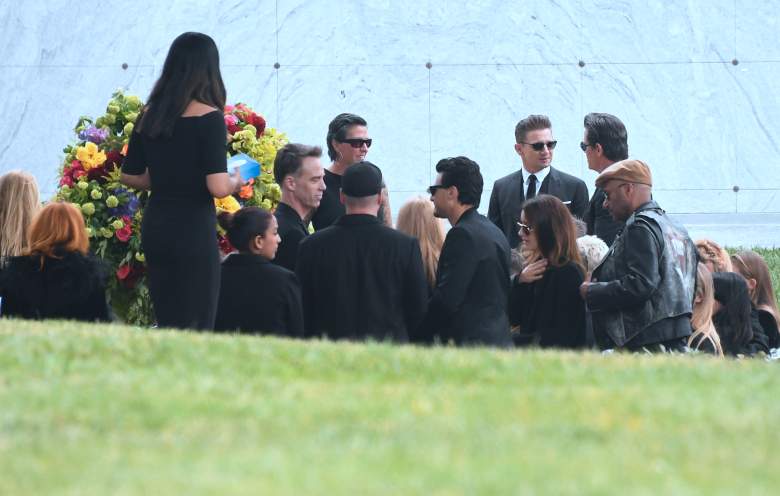 Fans Mourned Outside of the Ceremony 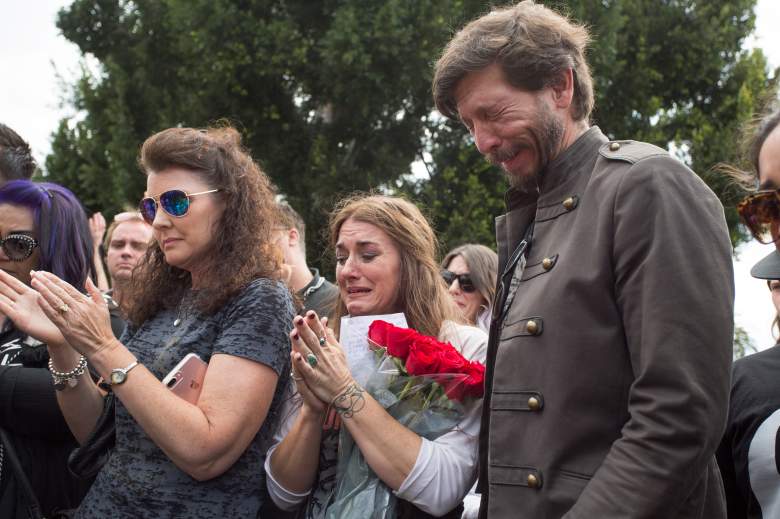 Dave Navarro & Others Were Seen Mourning & Giving Each Other Hugs 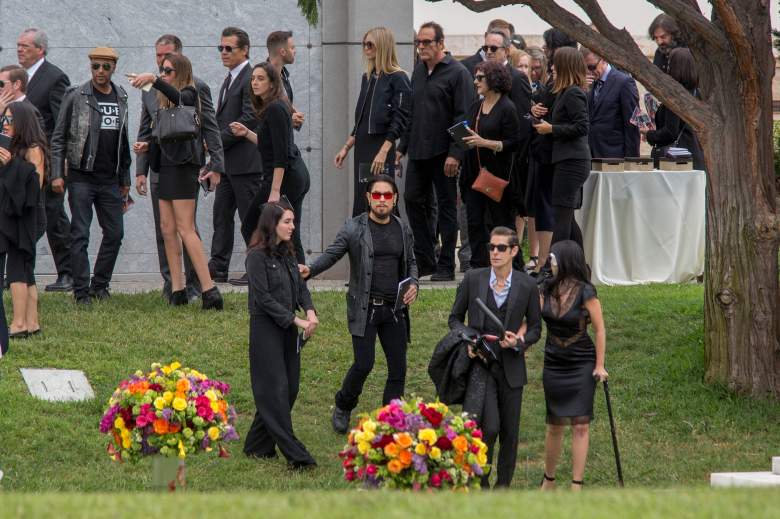 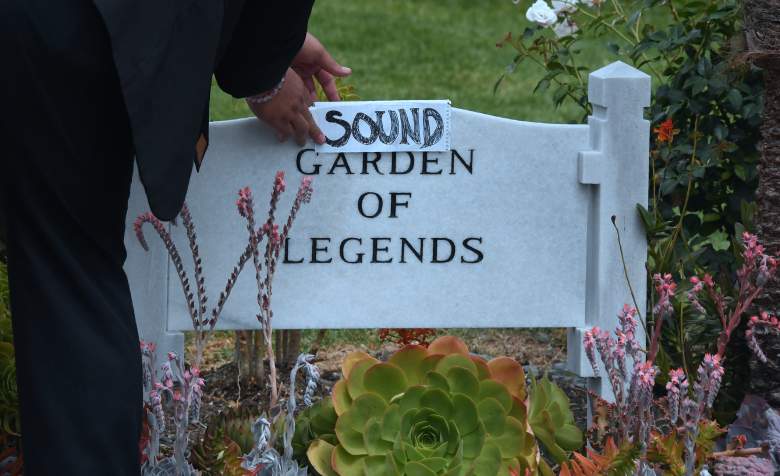 A Fan Mourned At the Cemetery While the Funeral Went On 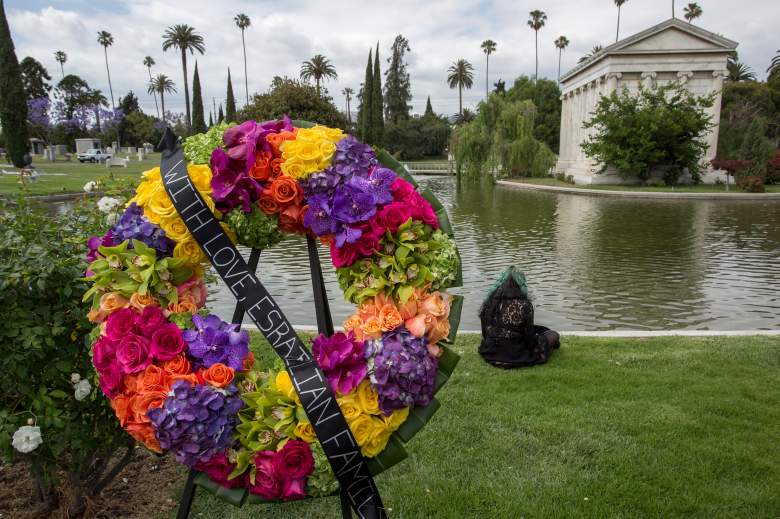 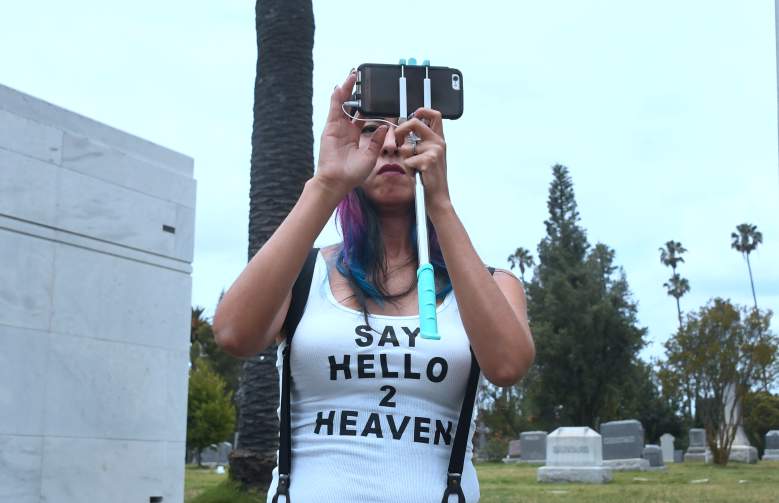 Before taking his own life, Cornell had just performed in front of thousands of fans with Soundgarden at Detroit’s historic Fox Theatre.

Ashley Zlatopolsky, who was at the concert, wrote to the Detroit Free Press that “something seemed off” during the performance.

Zlatopolsky wrote that the night started “just like another Soundgarden show.” But that didn’t last long, as Cornell seemed “visibly agitated at times,” she wrote.

Cornell reportedly missed words to songs, even walking off of the stage for a while when playing a song. She said that his usual spot-on vocals were “lagging” and “not in sync with the music.”

Before playing “My Wave,” he said to the crowd, “You can burn crosses on your lawn, I don’t give a f***. You can burn your house down. Who cares? I don’t. As long as you don’t catch someone else’s house on fire.”

Cornell uttered one line at the show that has since taken on an entirely different meaning. “I feel bad for the next city,” he eerily said.

At one point of the show, Cornell grabbed the guitar and played a solo with the guitar backward over his head.

Zlatopolsky said to it was “a cathartic-like moment,” saying “the singer-guitarist let himself shine one last time.”

Loading more stories
wpDiscuz
4
0
Would love your thoughts, please comment.x
()
x
| Reply
Chris Cornell's funeral was held in Los Angeles on Friday. The private ceremony was attended by many celebrities and musicians. See photos of the event.