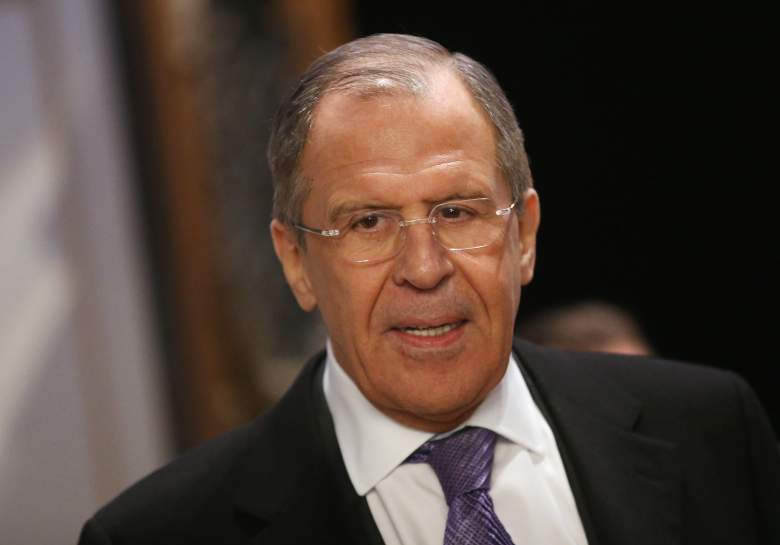 This meeting will come at 10:30 a.m. in the Oval Office, according to NBC News. This will come hours after Trump fired FBI Director James Comey amid an investigation into possible links between the Donald Trump campaign and Russia.

So who is Sergey Lavrov, and what has been his relationship with Donald Trump? Here’s what you need to know.

1. Lavrov Has Compared the Trump Russia Probe to McCarthyism 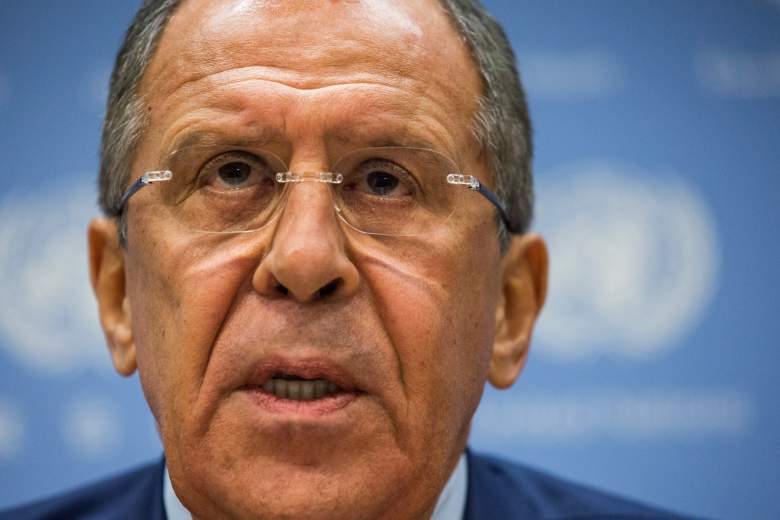 Sergey Lavrov speaks at a press conference at the United Nations on October 1, 2015 in New York City. (Getty)

Sergey Lavrov has dismissed any allegations of ties between the Donald Trump administration and the Russian government.

“…[A]ll of this looks very much like a witch hunt or the days of McCarthyism, which we long thought have passed in the US, a civilized country,” Lavrov said in March, according to the Washington Examiner.

Lavrov was in particular responding to Jeff Sessions and Michael Flynn getting into trouble for meeting with the Russian ambassador during the 2016 election and then lying about the nature of those meetings.

Donald Trump has dismissed the Russia probe for the same reason, repeatedly calling the investigation a witch hunt.

2. Lavrov Says Russia May Have Improved Relations With the U.S. Under Trump 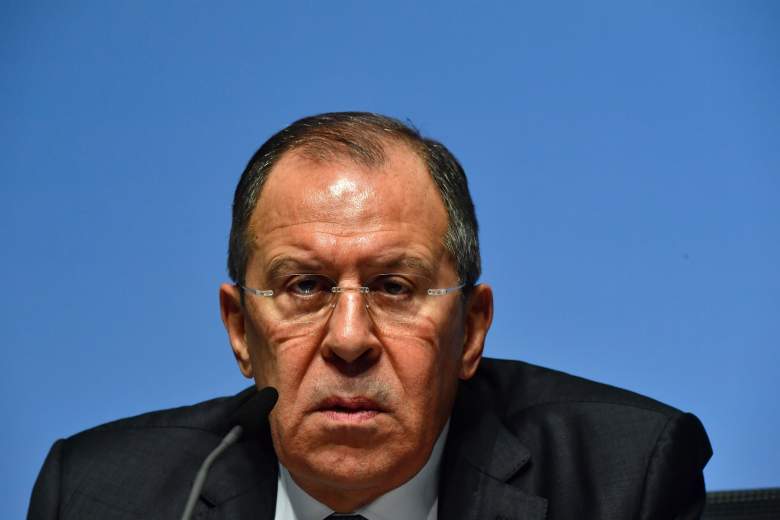 Sergei Lavrov addresses a press conference during the foreign ministers’ meeting of the Organisation for Security and Cooperation in Europe (OSCE) in Hamburg, northern Germany, on December 9, 2016. (Getty)

Sergey Lavrov has previously said that he expects Russia will have a better relationship with the United States under President Donald Trump.

“If what Donald Trump and his team say about Russia, the readiness to search for joint approaches to the resolution of common problems and the deterrence of common threats together with Russia, if this is the stance of the next administration, we will reciprocate,” Lavrov said in January 2017, according to Politico.

These comments came before Donald Trump’s inauguration, and Lavrov said it would become clear in the coming weeks whether U.S. relations with Russia would improve under Trump. 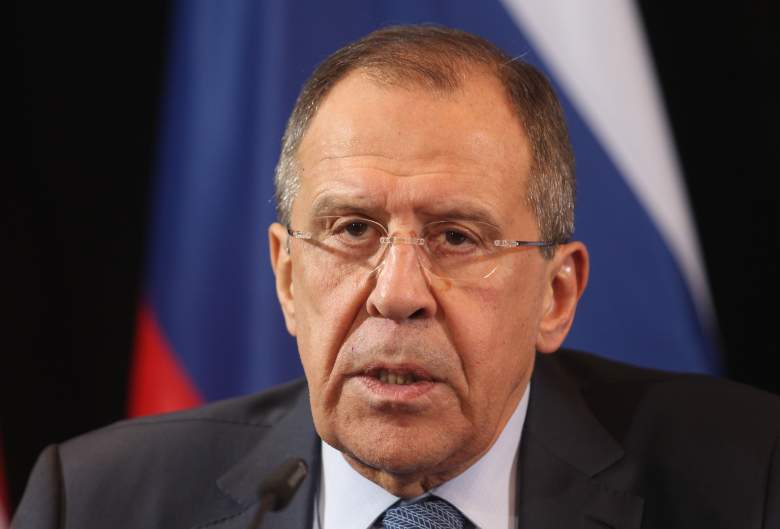 Part of the reason Sergey Lavrov has been hopeful about Donald Trump’s presidency is that he has said that he hopes Donald Trump will stay out of Russia’s affairs.

“Of course, we view positively Donald Trump’s willingness stated in the course of the election campaign to promote cooperation between our countries,” Lavrov said in December, according to Newsweek. “Russia, in turn, is always open to building an honest pragmatic dialogue with Washington on all matters of the bilateral and global agenda based on the principles of mutual trust, equality, taking into account each other’s interests and non-interference in internal affairs.”

Lavrov also said that he was hopeful that the Donald Trump administration would not repeat the “mistakes of its predecessors.”

4. During the Campaign, Lavrov Suggested That Trump is a ‘Pussy’ 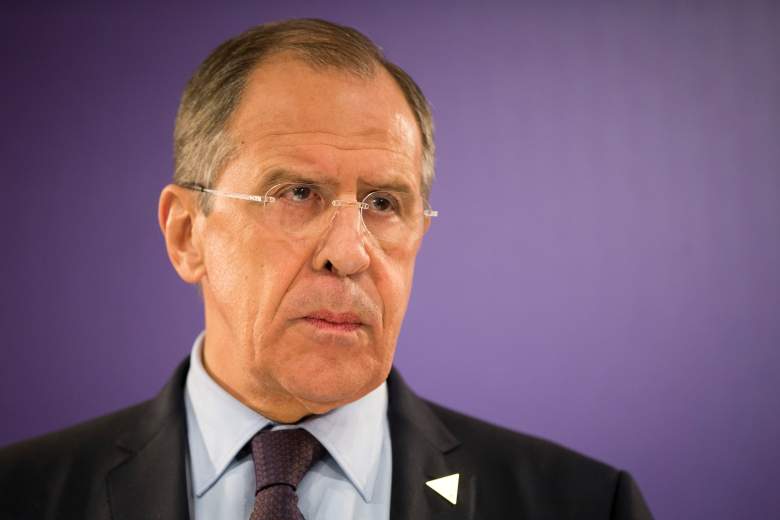 Sergey Lavrov attends a press conference at the 2014 Nuclear Security Summit on March 24, 2014 in The Hague, Netherlands. (Getty)

During the presidential campaign, Sergey Lavrov had unkind words for both Donald Trump and Hillary Clinton.

In an interview with CNN in October 2016, Lavrov was asked for his thoughts on the recent tape on which Donald Trump is heard talking about forcibly grabbing women by the genitals.

“English is not my mother tongue, I don’t know that I would sound decent: There are so many pussies around your presidential campaign on both sides, that I prefer not to comment about this,” Lavrov said.

Lavrov had previously said there would be little difference between a Republican and Democratic president being elected in 2016.

“Of course, we follow the election campaign and its peripeteia,” he said in August 2015. “There is an opinion that it has been easier for our country, since Soviet times, with a Republican president, rather than a Democratic one … But I can honestly tell you that I do not see a major difference.” 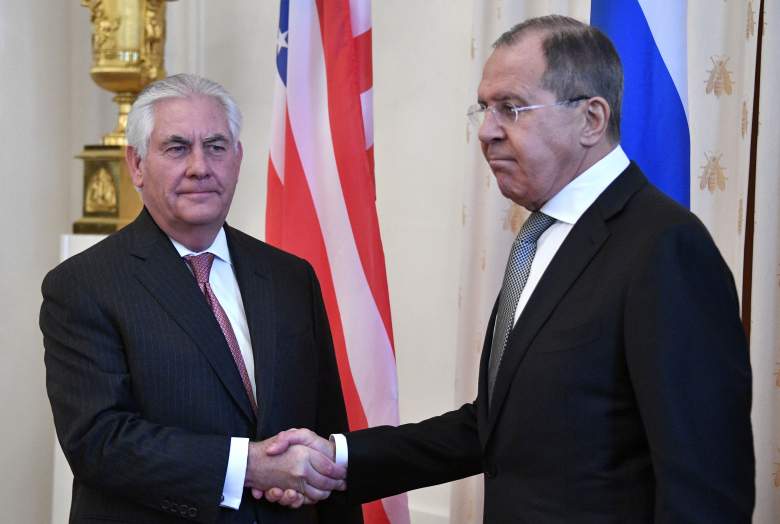 Sergei Lavrov welcomes US Secretary of State Rex Tillerson before a meeting in Moscow on April 12, 2017. (Getty)

Although Sergey Lavrov is meeting tomorrow with President Donald Trump, he recently met with Secretary of State Rex Tillerson.

During a joint press conference after their meeting, Rex Tillerson said that relations between the United States and Russia are at a low point.

“I expressed the view that the current state of U.S.-Russia relations is at a low point and there is a low level of trust between our two countries,” Tillerson said of his meeting with Lavrov. “The world’s two foremost nuclear powers cannot have this kind of relationship. We further discussed approaches to improving our channels of communication. We had a lengthy exchange of views regarding the situation in Syria and shared perspectives on possible ways forward.”

“There were no signs that would support the statement, the allegation that chemical agents were used there at all,” Lavrov said. “We are 100% sure that if our colleagues at the UN, as well as The Hague, try to avoid this investigation, this will signify that they are reluctant to find out the truth, but we will insist that the truth will be found.”