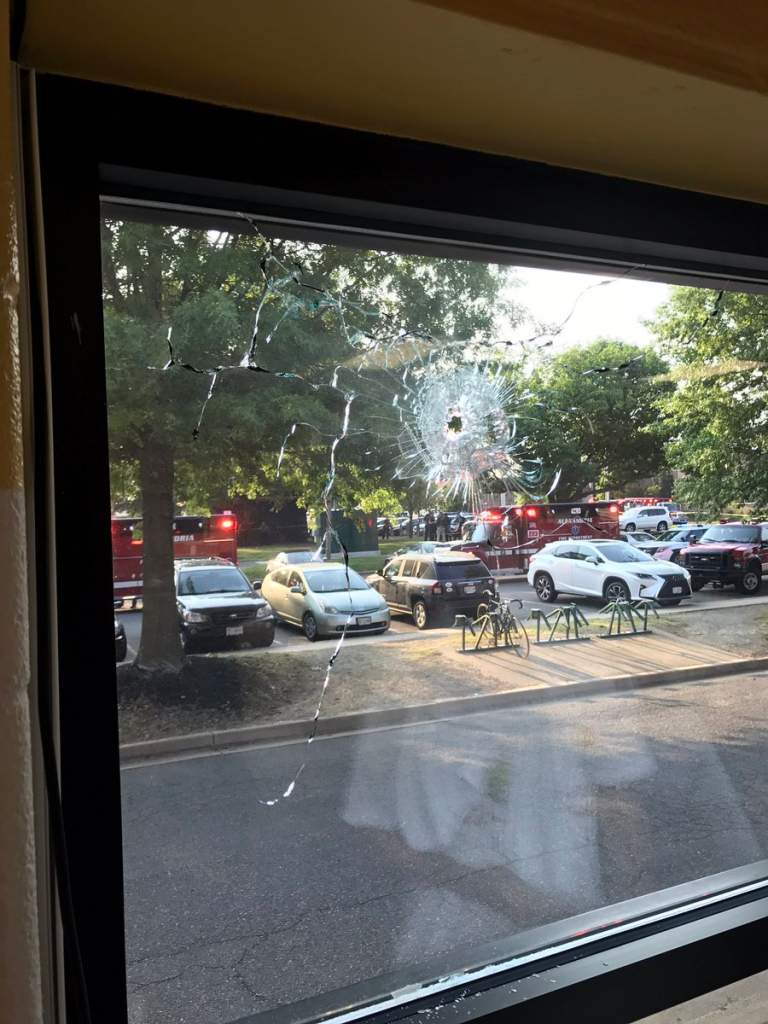 Multiple people were shot at a GOP congressional baseball practice when a man with a gun opened fire on lawmakers Wednesday morning in Alexandria, Virginia.

At least five people — including the shooter — were shot in the ordeal, authorities said. Rep. Mo Brooks of Alabama said that GOP Whip Steve Scalise of Louisiana was shot in the hip and is expected to survive. He added said that other victims in the shooting appeared to be a staffer and at least two Capitol Police officers.

The staffer that was shot was identified as working for Rep. Roger Williams of Texas.

Brooks told CNN that at least 25 congressman were practicing for a charity baseball game that’s set to take place Thursday when suddenly a lone gunman opened fire just off of the field with what he called a “long gun.” He said that he witnessed Scalise “dragging himself into the outfield” covered in blood while shots continued to ring out.

Brooks and others applied a belt as a tourniquet to the leg of a staffer before running back onto the field to assist Scalise as they waited for EMTs to arrive.

Alexandria Police said that the shooter is in custody, and Brooks described him as a “white male, middle-aged” and “wasn’t skinny, but not obese.”

UPDATE: Suspect is in custody and not a threat. PIO will be onscene shortly to share updates.

Sen. Jeff Flake of Arizona was taking part in batting practice and said that the suspect was shot by authorities and appeared to run around for “quite a while” with a leg wound. He said that at least 50 shots were exchanged between officers and the gunman during the ordeal, which he said lasted around 10 minutes.

WATCH: “We were doing batting practice.. all of a sudden we heard a very loud shot," Sen. @JeffFlake describes shooting in Virginia. pic.twitter.com/WcA6R3QsNo

The shooting took place on the 400 block of E. Monroe Street at Eugene Simpson Stadium Park.

President Donald Trump released a statement saying the White House is aware of the incident and offered his “thoughts and prayers” to the members of Congress.

Brooks said he first took note of the incident while fielding balls on the field. He said that he heard Scalise let out a loud scream, and that was followed by multiple loud bangs. He said he looked in the direction where the noise came from and saw a man firing a rifle by the third base dugout.

Brooks and others ran to a nearby batting cage area and used it to shield themselves as more gunfire was exchanged between security officers — who were there because of Scalise’s Whip status.

Sen. Rand Paul of Kentucky, who was also at the practice, said that had Capitol Police not been on the scene, it could have been a “massacre.”

According to Rep. Brad Wenstrup of Ohio — who’s also a doctor — the suspect was armed with a rifle and a pistol and moved from the third base dugout to the infield. Wenstrup said that Scalise was “conscious and OK,” but couldn’t reveal any additional details.

Scalise Appeared to Be Stretchered out Appeared by EMTs

Majority whip Steve Scalise on a stretcher as he's evacuated after shooting in Alexandria. pic.twitter.com/VANlEDdGew

Rep. Roger Williams of Texas Was Taken Away on a Gurney

.@RepRWilliams of Texas shown being taken away from baseball field on gurney. pic.twitter.com/uBCkTmwQ1h

Shots Reportedly Hit the Glass at the Nearby YMCA 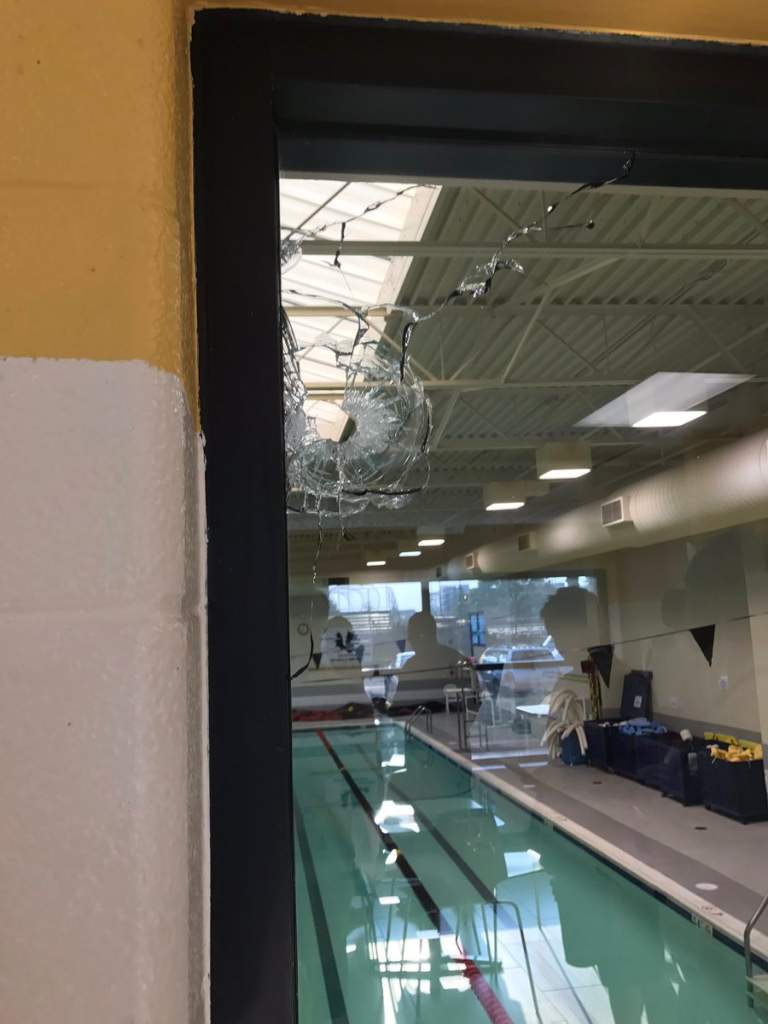 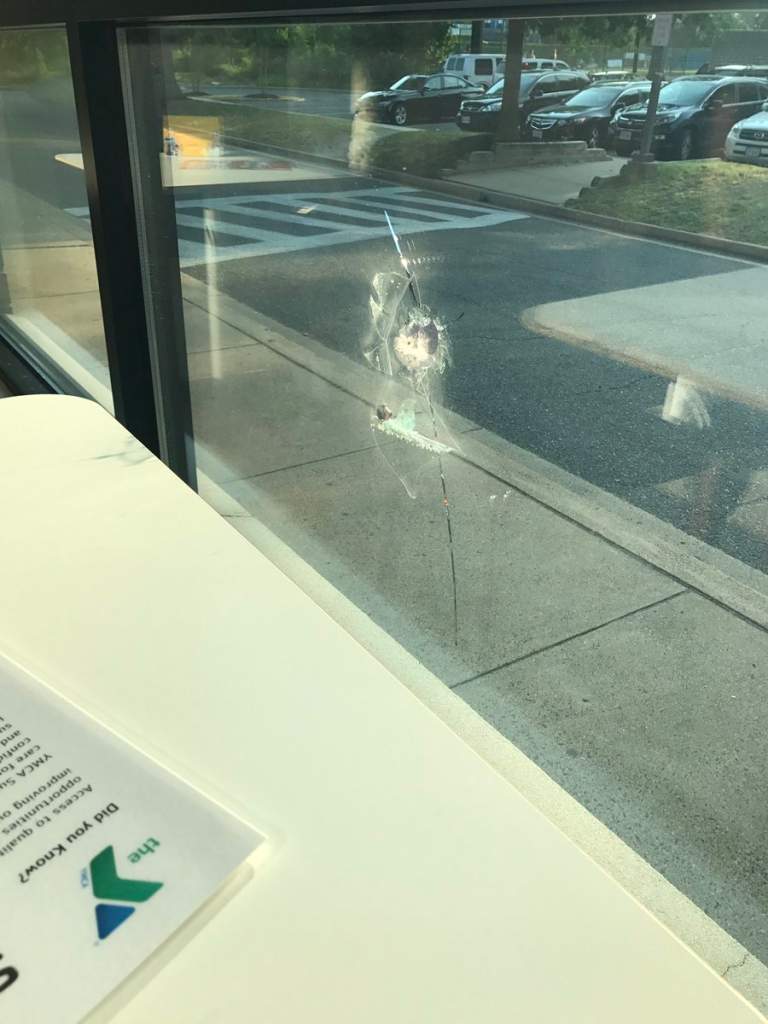 Police Responded to the Scene in Large Numbers

Video from @Mic reporter @WillDrabold of police en route to shooting of members of Congress in Alexandria, VA. pic.twitter.com/lsljGg17A9

Officers Were at a Nearby Hospital Protecting the Emergency Room

A Large Police Presence Was on Scene as the Investigation Continued 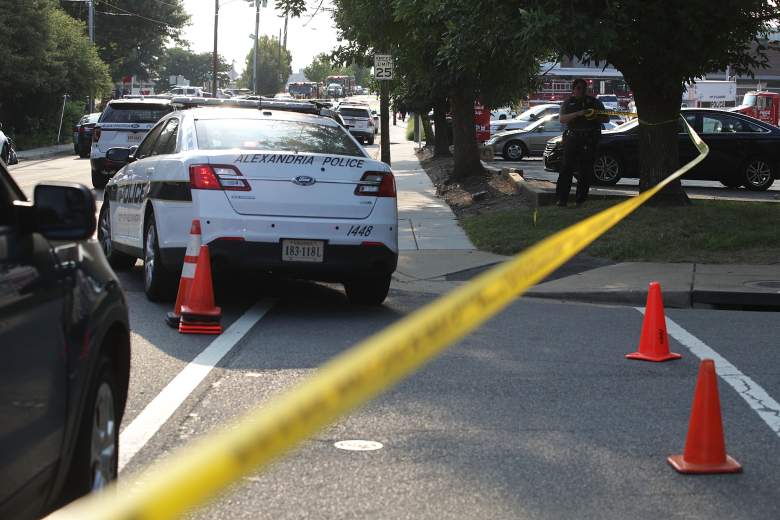 Loading more stories
wpDiscuz
3
0
Would love your thoughts, please comment.x
()
x
| Reply
A GOP congressman and Capitol Police officers were shot while practicing for a charity baseball game June 14. See photos and videos from the scene.