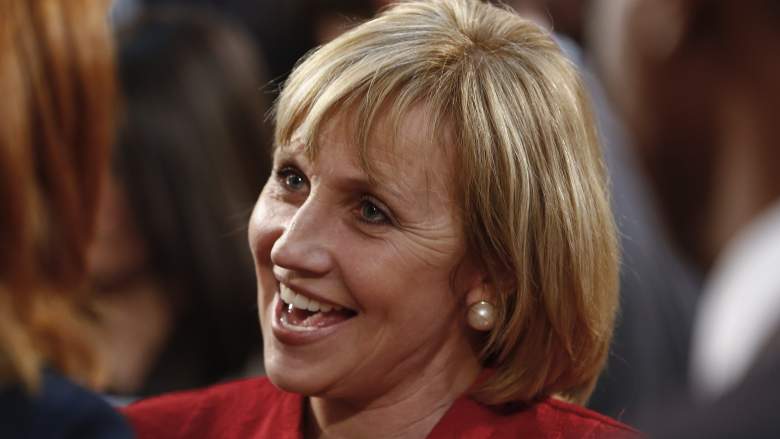 New Jersey Lieutenant Governor Kim Guadagno is the Republican nominee to replace Governor Chris Christie. Guadagno is the first person to hold her role, which wasn’t established until 2010. She is married to Michael Guadagno, a judge on the New Jersey Superior Court Appellate Division and has three sons.

In addition to serving as Lt. Governor, the 58-year-old Guadagno serves as the Secretary of State for New Jersey. Before that, she was the Sheriff off Monmouth County in Central New Jersey, from 2008 to 2010.

In addition to her three children and husband, she also has four siblings.

Here’s a look at Guadagno’s family.

1. Guadagno Grew Up in Waterloo, Iowa & Her Father Worked in Television 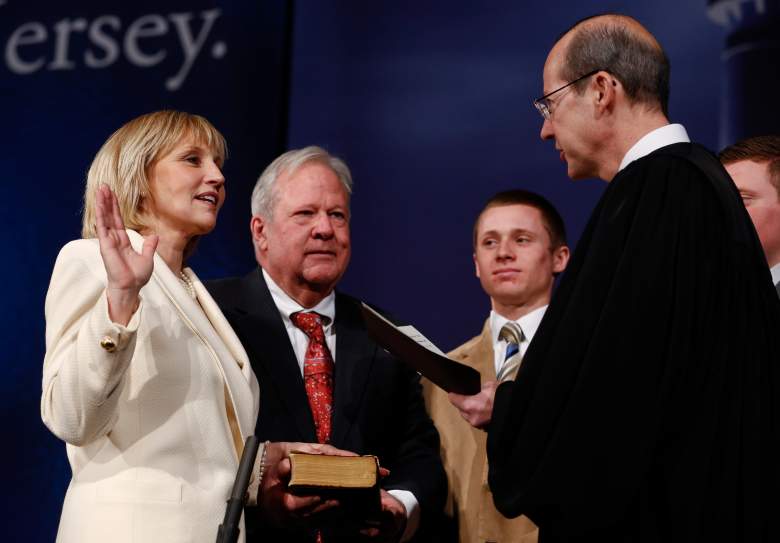 Kim Guadagno and her husband and her swearing-in ceremony in 2014. (Getty)

Guadagno was born Kimberly Ann McFadden in Waterloo, Iowa and didn’t move to New Jersey until 1991. She is the middle of five children. Her parents were Patricia and Charles McFadden.

According to a NJ.com profile of Guadagno, her father was a TV advertising salesman and they moved around a dozen times before she went to college. When her father was laid off, her mother cut up all their credit cards and that inspired her thrifty sensibility. For example, she has opposed Christie’s gas tax hike and the $300 million renovations of the state house.

“We need to be much more fiscally conservative than we have been,” Guadagno told NJ Advance Media. “(People) want real property tax relief, and as I think as public servants we should provide it to them.”

In 1980, Guadagno earned a political science degree from Ursinus College in Pennsylvania. She then went to Washington D.C., where he warned her law degree from American University in 1983. 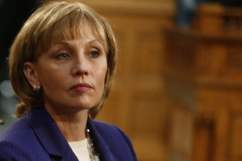 Kim Guadagno On the Issues: 5 Fast Facts You Need to Know

2. Guadagno Took a Break From Campaigning When Her Mother Died Eight Days Before the Primary

With just eight days to go before the primary, Guadagno’s mother, Mary Patricia Blevens McFadden, died. As The Associated Press notes, she took time off the campaign trail to attend the funeral in Virginia.

“Lieutenant Governor Kim Guadagno has joined her family in Virginia Beach due to the passing this morning of her mother Mary Patricia (Pat) Blevens McFadden,” spokesmwoman Suzanne Schwab, a spokeswoman for the lieutenant governor, said in a statement. “Please include them in your prayers during this incredibly difficult time.”

In a interview with Living Media, Guadagno explained what traits she got from her parents:

From my mother, thick skin and the ability to pick up and move. From my father, public service and debate.We would sit down at the dinner table and it didn’t matter what the issue of the day was, we would take sides and debate. My mother would say “black” and my dad would say “white” and the debate would begin. He was a debater and she was a fighter. She could give a good punch and she could take a good punch and for the world I live in now you have no idea how well that training serves me…since I became a politician. 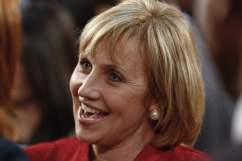 3. Her Father Charles McFadden Served in the U.S. Army Before Beginning his TV Career

His obituary also notes that he served in the U.S. Army before beginning his television career. After earning a B.A. in philosophy from Creighton University in Omaha, the Denver-born McFadden served four and a half years in the U.S. Army as a 2nd Lieutenant in the 82nd Airborne Division and the XVIII Airborne Corp. in Fort Bragg, North Carolina. He later served at Fort Benning, Georgia in the Army Special Forces.

After he was honorably discharged from the army, McFadden set off to work in television. During the 1980s, he worked for TVX Corp., an independent group of TV Stations and rose to Executive Vice President in 1987. In 1989, he created his own company. At the time of his death, McFadden was Senior Partner and Consultant at Max Media II in Virginia Beach, a role he had since 1997. 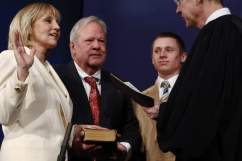 In a 2014 New Jersey Monthly profile, Guadagno’s bother, Martin McFadden, said he wasn’t surprised by her career choices. “Kim has always been a high achiever and excelled at everything she did,” he said. Martin McFadden is a telecommunications business-development manager in Virginia.

According to her Facebook page, Tracy is a professional home care troubleshooter, living in Indianapolis.

“Yes, two older, two younger but I was the oldest girl so no hand-me-downs unless you count a football,” We played football because I had two older brothers, also baseball, swimming, diving. We were all very athletic. That was another consistency we had; you could take your sport with you.”

With my three sons before Kevin's graduation from pilot training at Vance Air Force Base in Oklahoma. So proud! pic.twitter.com/WCVqY3wTBq

Guadagno and her husband, Michael Guadagno, have three sons – Kevin, Anderson and Michael.

Kevin is their eldest son. In March, Guadagno announced on Twitter that Kevin graduated from pilot training at Vance Air Force Base in Oklahoma. She also shared a photo of him in his military uniform on Veterans Day in 2015 on Instagram.

Michael is the middle child, while Anderson is the youngest.

Guadagno’s husband reaches 70 years old this year, meaning that he has to retire. Michael Guadagno had to address his resignation letter to his wife, since Guadagno is also Secretary of State as the Lt. Governor.

“With your term ending in January 2018, and my income substantially reduced, this may be an excellent opportunity for you to consider a career change to a more lucrative position,” Michael Guadagno wrote in the resignation letter. “No need to respond to this letter as we can discuss this matter over dinner.” 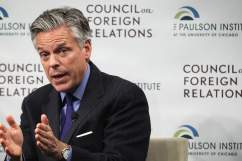