After being on the run from authorities for almost one year, polygamist Mormon sect leader Lyle Jeffs was arrested by federal agents June 14.

Jeffs, a bishop of the sect, was the leader of the Fundamentalist Church of Jesus Christ of Latter-day Saints. He was on house arrest and was facing charges on a multi-million dollar scheme that defrauded the government and involved food stamp cars from members of the church.

1. Jeffs Was Arrested by Federal Agents in South Dakota

After being on the run for about one year, the FBI in Salt Lake City announced June 15 that Jeffs had been arrested in South Dakota. He was captured around 8:30 p.m. on June 14 and was listed as an inmate in Minnehaha County Jail. The online jail log said that he is being held in custody without bond.

Additional details on his arrest are scarce, but a $50,000 reward had been issued for information leading to his arrest. It’s not yet known if the FBI used information provided from someone to capture him, and if it will be awarded to anyone.

The FLDS does have a compound in South Dakota, The Sale Lake Tribune reported, but it’s hundreds of miles away from where Jeffs was booked. 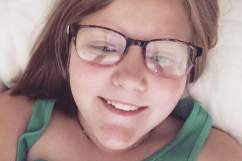 2. Jeffs Was Charged With Conspiracy to Defraud the Government

In 2016, Jeffs was among 11 members of the FLDS that were indicted in Utah after prosecutors accused them of conspiracy to defraud a federal food stamp program.

Jeffs and other co-conspirators allegedly defrauded the government of over $12 million from its food stamps program, also known as the Supplemental Nutrition Assistance Program.

According to court documents, members of the FLDS Church were ordered by those that were indicted to use their food stamp cards to purchase food.

When families on the compound qualified for the government assistance, they were ordered to give their cards up to church leaders and take whatever food they needed from a warehouse on the grounds. The warehouse contained numerous resources and was referred to as “the bishop’s storehouse,” documents said.

Because of the orders passed down onto families by high-ranking members, their diets often consisted of beans, rice and toast. Only members of the church that were high ranking allegedly ate quality food, such as meat and seafood.

In addition to being accused of defrauding the food stamps program, Jeffs and his brothers allegedly laundered money using the food stamp cards by charging “ghost” purchases at businesses that were familiar to the church, CNN reported.

The money that the Jeffs brothers laundered was used to purchase pricey items such as a $30,000 pickup truck and other things.

As a result of the most recent charges, Jeffs was placed on house arrest and was fitted with an ankle bracelet.

That didn’t last for long, though.

That’s because the feds said that Jeffs used olive oil to slip the ankle bracelet off of him and flee. He did so in late June 2016, and hadn’t been seen by authorities since then.

His public defender Kathryn Nester gave a much different reason for her clients’ disappearance, saying that he might have been kidnapped or experienced rapture.

As this Court is well aware, Mr. Jeffs is currently not available to inform his counsel whether or not he agrees to the Continuance. Whether his absence is based on absconding, as oft alleged by the Government in their filings, or whether he was taken and secreted against his will, or whether he experienced the miracle of rapture is unknown to counsel.

The FBI didn’t belive Nester’s assertions and issued a wanted poster for Jeffs.

Here’s the FBI’s wanted poster for Lyle Jeffs, the escaped leader of the FLDS church & brother of Warren Jeffs pic.twitter.com/okl15Mp5bb

The poster said that Jeffs was “thought to be a leader in the Fundamentalist Church of Jesus Christ of Latter-Day Saints” and “should be considered armed and dangerous.”

4. He Was Fined for Violating Child Labor Laws in 2012

Polygamist leader Lyle Jeffs doesn't have the sway with FLDS he used to. FBI hopes that makes him easier to find.https://t.co/xe5k0vQffx pic.twitter.com/QY9FmVnVst

In 2012, the U.S. Department of Labor opened an investigation into the role that the FLDS Church played in some suspected child labor violations.

According to documents, a phone message sent to members in December 2012 said: “Good afternoon, this is a message from the Bishop’s Office. This is a call for all schools to take the rest of the week off of school to help with the nut harvest.”

That message was used as a big piece of evidence into the investigation, as the Labor Department was seeking to find out whether children were used to harvest pecans for the church at an orchard close to Hurricane, Utah. During the investigation, Jeffs was held in contempt of court by a district judge for ignoring subpoenas in the investigation.

Then in 2015, the Department of Labor completed its investigation and assigned fines totaling almost $2 million against a group of church members.

5. He’s the Brother of FLDS Leader Warren Jeffs, Who Was Convicted of Sexual Assault of a Minor 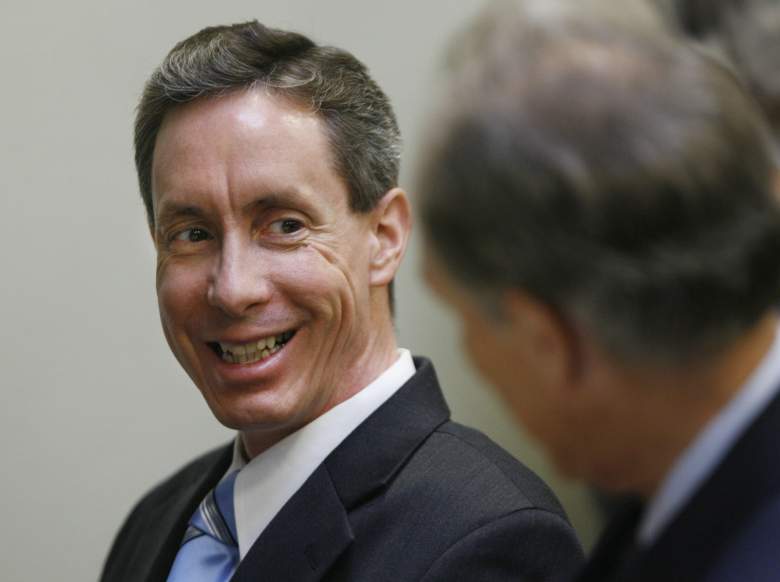 The church isn’t a part of the Mormon church, as it separated from it many years ago. It practices polygamy and was accused of taking wives who were too young to give consent.

Lyle’s brother Warren is the president of the church and is currently servicing a sentence of life plus 20 years for sexual assault of a child. It’s believed that he may still be running the church even though he’s in prison.

In 2002, after the death of their father (the church’s founder), Warren took control. He was accused of having illegal marriages between adult males and underage girls, and was arrested in 2006. However, he fled authorities and as a result was placed on the FBI’s Ten Most Wanted List.

Months later, he was taken into custody in Nevada and was taken back to Utah where he stood trial. He was also charged with eight separate counts in two sexual assault cases in 2007 in Arizona. He was accused of committing incest and having sexual conduct with minors.

Warren was convicted on two counts of rape in September 2007 and was sentenced to 10 years to life in a Utah State Prison. However, the conviction was overturned by the Utah Supreme Court in July 2010 because of incorrect instructions that were given to members of the jury.

But Warren was extradited to Texas and was found guilty of sexual assault and aggravated sexual assault of children. That came after authorities raided an FLDS ranch in Texas in 2008.