Evan Helmuth has died. According to Deadline, the character actor passed on Monday, July 17th, but it was not announced until Wednesday evening. He was 40.

How did the actor die?

Deadline reports that Helmuth died after a bout with a brief illness. It remains unclear what the specifics of his illness were, or whether his family will choose to share them with his fans in the coming days. He is survived by his sister Erica and his stepmother Paula.

Helmuth was an alumni of the Interlochen Arts Academy in Michigan. He later attended the USC School of Dramatic Arts, but as Hollywood.com notes, he struggled to break into Hollywood right way.

Helmuth spent the first few years of his career working in short films and voice acting roles, at last connecting with audiences in the 2005 romantic comedy Fever Pitch. As the best friend of Jimmy Fallon‘s character, Helmuth earned positive reviews from critics, and the film proved a moderate success at the box office.

Helmuth also played Steward in the family-comedy Garfield (2004), and Francis in the biopic Jobs (2013), where he acted opposite Ashton Kutcher.

The Devil Inside – Official HD Trailer – Simon Quarterman, Evan HelmuthGet Tickets: http://m.amcurl.com/01MT In 1989, emergency responders received a 9-1-1 call from Maria Rossi confessing that she had brutally killed three people. 20 years later, her daughter Isabella seeks to understand the truth about what happened that night. She travels to the Centrino Hospital for the Criminally Insane in Italy where her mother has been locked away to determine if her mother is mentally ill or demonically possessed. When she recruits two young exorcists to cure her mom using unconventional methods combining both science and religion, they come face-to-face with pure evil in the form of four powerful demons possessing Maria. MPAA Rating: R Genre: Horror Director: William Brent Bell Cast: Fernanda Andrade, Simon Quarterman, Evan Helmuth, Ionut Grama2012-01-03T16:47:43.000Z

Helmuth’s biggest film, and his only leading role, came with the 2015 horror film The Devil Inside. Despite earning negative reviews from critics, the film grossed over $100 million worldwide on a budget of $1 million, and exposed Helmuth to a wider audience.

In an interview with Shock Ya!, the actor said that the film “really makes the audience invested and that’s why we’ve gotten such a strong response from the end. People were really living alongside these characters.” He added that his character of Father David Keane was a relatable one for viewers: “[He’s] a vulnerable soul. I think a lot of people are in that state, looking to science and religion for answers.”

Several of Helmuth’s friends took to social media to pay their respects, including singer-songwriter Casey Stratton, who was a classmate of the actor at Interlochen. He wrote “There is a certain shock when one of the bright lights of your youth shuts off that cuts you to the core. RIP, Evan Helmuth.”

There is a certain shock when one of the bright lights of your youth shuts off that cuts you to the core. RIP, Evan Helmuth.

Shocked and saddened to hear about the loss of my @InterlochenArts classmate, actor Evan Helmuth. Such fond memories. Gone way too soon.

Fellow actor Zach Sewyn mourned Helmuth with a memory of happier times, writing “RIP to one of my oldest pals in LA- if u knew Evan Helmuth u we’re lucky. Be well my friend… this pic from “Dead and Breakfast.”

RIP to one of my oldest pals in LA- if u knew Evan Helmuth u we're lucky. Be well my friend… this pic from "Dead and Breakfast" pic.twitter.com/in1vkndMzs 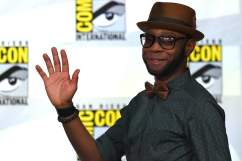 Nelsan Ellis Cause of Death: How Did the ‘True Blood’ Actor Die?

Read More
Evan Helmuth, Movies
Actor Evan Helmuth has died at the age of 40. Learn about his career and his cause of death here.