Just days after grieving the loss of his wife at a funeral service, Nick DeKlyen is forced to deal with the loss of their newborn daughter.

Carrie DeKlyen, 37, of Wyoming, Michigan, had elected to forgo chemotherapy in favor of giving birth to her child, knowing she would die as a result. Carrie and Nick, 39, welcomed daughter Life Lynn DeKlyen to the world on September 6 at the University of Michigan Hospital in Ann Arbor.

Just three days later, Carrie succumbed to her illness and died. An emotional funeral service was held for her September 12, and hundreds of people gathered to tell stories and reminisce on the type of person she was.

Then on September 20, Nick was dealt another tragic blow when Life, who was born prematurely, died at the hospital at just two-weeks old.

“We don’t have any answers,” Carrie’s sister-in-law Sonya Nelson said to The Associated Press. “Maybe Carrie needed her. It is comforting for us to know that she went home to be with Carrie.”

Here’s what you need to know about Nick and the tragic situation:

Carrie was the mother of six children and had been diagnosed with glioblastoma in April. The illness is an aggressive malignant tumor that rapidly grows and affects the brain and spinal cord.

Nick told The Detroit Free Press that Carrie started suffering from migraine headaches in March, and when she went in to be diagnosed, the couple were left devastated by the news the doctor told them.

“You think you are going in (to the doctor) for migraine headaches,” Nick said to the newspaper. “The doctors came back and said, ‘You have a mass on your brain, but it doesn’t look like cancer.'”

At first, Nick said the doctors thought the mass was lymphoma, but subsequent tests confirmed it was cancer. Doctors drew blood and performed an MRI on Carrie, but found the tumor was continuing to grow and action had to be taken before it was too late.

To find out her options for treatment in relation to her pregnancy, she enrolled in a clinical trial at the University of Michigan hospital. She was told she could prolong her life from 10-15 years if she underwent proper treatment, but that meant having an abortion.

Doctors informed her she’d need to “terminate her pregnancy” in order to be part of the clinical trial, Nelson told PEOPLE Magazine.

“She didn’t want to do that,” Nelson said.

Nick said doctors told Carrie that if she didn’t terminate the pregnancy, she’d die. But she was dead set on giving birth to their sixth child, he said.

Nick described the decision as being extremely difficult for him.

“I’m trying to be happy for the baby, but the love of my life is hours away from dying, it hurts so bad,” he emotionally told PEOPLE while at Carrie’s side before she passed away.

After giving birth to Life, Carrie was taken off life support and died hours later. Nick said goodbye to her minutes before she died.

“I kissed her on the forehead and said, ‘I love you, you did it, you gave our baby life and she’s doing well’ and then I let her go,” he said.

2. Life Was Born Premature & Was ‘Doing Well’ Early On, But Things Suddenly ‘Took a Turn for the Worse’

In June, Carrie started feeling sick, and fluid had to be removed from her brain via a catheter. A week later, she was back in the hospital and lost consciousness while in the emergency room.

Nick told the Detroit Free Press that doctors said there was “no hope for her,” but they could likely save the baby. She was put on devices to feed the unborn baby and help her breathe until it grew to a weight where it could be safely delivered.

“The baby is doing better than anyone expected,” Nick said. “She is healthy, and she’s almost breathing on her own.”

He told PEOPLE that one day, he intended to tell Life the story of how Carrie saved her life.

“When our daughter gets old enough, I’ll tell her the story about her brave mommy,” Nick said through tears to PEOPLE. “I’ll tell her that God gave her the gift of life with an awesome plan in mind and we’re not sure why mommy had to be sick and pass away to do so, but it’s all a special plan and we must trust it.

“I’ll tell her that mommy did this because she loves you and she is in Heaven and we’ll see her again — soon, soon.”

Tragically, Life will be able to meet her mother sooner than first thought, as she died at 10:20 p.m. on September 20, just two weeks after she was born.

“Now the dream she told me is now making sense,” Nick said to The Detroit News. “I never thought it would be heaven, but I know that is what she is doing. She is rocking her daughter in heaven.”

Nelson told The Associated Press that Life had good and bad days since her birth but things “took a turn for the worse” starting September 18.

Officials from University of Michigan released a statement September 21 expressing their condolences to the family.

Our deepest sympathies go to the DeKlyen family during this time of sorrow. Our team is saddened by the losses of Carrie and Life, and we hope their friends and family can find comfort and peace from their memories.

3. A Facebook Page Had Been Set up to Update the Situation & Tragically Broke the News of Life’s Death

As Carrie went through her pregnancy and refusal to get treatment for her cancer, the couple created a Facebook page titled “Cure 4 Carrie.” The page provided updates on Carrie as she battled the cancer.

It also released the tragic statement September 21 that Life died.

“It is with great sadness and a absolutely broken heart that I tell you Life Lynn passed away last night,” the post said. “Carrie is now rocking her baby girl. I have no explanation of why this happened, but I do know Jesus loves us and someday we will know why. The grief we feel is almost unbearable, please be praying for our family.”

Thousands of people responded to the unfortunate and unexpected news, expressing sadness, offering prayers and extending their condolences to the family.

“Oh, my. My heart just breaks for all of you,” Facebook user Penny Blackburn wrote in a post. “We just can’t let it shake our faith though. We are not God, we just do not know everything. The end of the story for the Deklyen family is NOT over. There are still living members who can still be strong and courageous through this time of sadness. There is a time to laugh, and a time to cry. A time to mourn and a time to dance. Joy will come again.”

Once Carrie was diagnosed with cancer, Nelson set up a GoFundMe page to raise money for the family and the difficult time they were going through.

“With all the stress this family is going through we would like to help ease the financial stress they have due to loss of income,” the campaign description says. “Please continue to lift the DeKlyen family up in prayer!”

Nelson provided updates to the status of Carrie, Nick and Life. On September 10, she wrote about Carrie’s death and said Nick would “remain in Ann Arbor with Life for the next four to five months.”

5. Nick Met Carrie Through Church &Amp; Sold His Business to Care for Her During Her Cancer Battle & Pregnancy

Nick said he met Carrie through church — he was 12 and she was 10 — and they grew up together as friends before forming a romantic relationship later on in life.

“We had a puppy love,” Nick told PEOPLE. “We’re still very much in love, we’ve gone through stuff, of course, but you never quit on your wife … she’s my life.”

Carrie was a stay-at-home mother who would often cook dinner for her neighbors and “went out of her way to help those in need,” Nick said, adding both of them were strong pro-life advocates.

“Under no circumstance do we believe you should take a child’s life,” Nick told the Detroit Free Press. “She sacrificed her life for the child.”

Nick owned a vending business in the area, but sold it to care and tend to his ill wife. 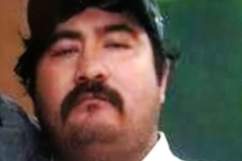 Read More
5 Fast Facts, Breaking News
Just days after funeral services for his wife, Lynn, Nick DeKlyen is grieving the death of their child. Lynn had refused cancer treatment to give birth.