Burton said the incident took place back in 2003 during an episode of MTV’s Total Request Live. The two appeared as guests on the show at the time, and she was just 21-years old. She subsequently tweeted a video of her being interviewed about the groping on a behind-the-scenes episode of the show called TRL Uncensored: “He comes over and tweaks my left boob,” in reference to Affleck.

Later in the outtakes, Affleck is seen conducting an interview and asks her: “How old are you, 19?”

The revelation of the alleged groping comes after Affleck, who’s acted in many of Weinstein’s films, condemned the actions of the producer.

Here’s what you need to know about Burton and Affleck:

1. Burton Said She Was ‘Just a Kid’ When the Groping Incident Took Place

Hilarie Burton and Jeffrey Dean Morgan on the red carpet debut at the premiere of his 2010 movie, The Losers.

The revelation of the alleged groping came to light after a Twitter user commented on Affleck’s statement regarding Weinstein, saying that “he also grabbed Hilarie Burton’s breasts on TRL once. Everyone forgot though.”

Burton replied to the tweet, saying that she hadn’t forgotten about it.

Burton, who’s now 35-years old, said she was a “kid” when the incident took place, and the commenter replied by saying he was “so sorry that happened to you. It’s infuriating that people never bring up all the gross, predatory things (Affleck’s) done.”

Seriously, thank you for that. I was a kid.

Burton worked as a host on TRL at the time and was cast in the WB drama One Trill Hill a short while later. She played Peyton Sawyer on the show, who was a musical artist and cheerleader. 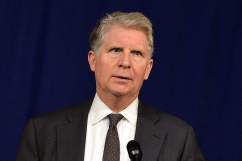 2. Affleck Apologized to Burton in a Social Media Post

After Burton’s allegations of the groping re-surfaced, Affleck seemed to confirm that it happened and issued an apology to her via Twitter. He said in a tweet: “I acted inappropriately toward Ms. Burton and I sincerely apologize.”

I acted inappropriately toward Ms. Burton and I sincerely apologize

3. Affleck Was Accused of Lying After Releasing his Statement on Weinstein

After more women continue to come forward with stories about how Weinstein encouraged them to perform sexual acts on him, Affleck spoke up with a statement. He said he’s “saddened and angry that a man who (he) worked with used his position of power to intimidate, sexually harass and manipulate many women over decades.”

Affleck rose to stardom with the assistance of Weinstein in the 1997 award-winning movie Good Will Hunting.

Affleck’s statement was one of many from those in the industry who have worked directly with Weinstein in the past, criticizing his behavior. But his statement was met with criticism from Rose McGowan, one of the many women who accused Weinstein of the misconduct. She’s been tweeting since news broke of Weinstein’s misconduct, saying that those who were close with him knew of the sexual assault and harassment.

McGowen specifically targeted Affleck in some of her tweets, calling him out as a liar.

“GODDAMNIT! I TOLD HIM TO STOP DOING THAT,” she tweeted, accusing the actor of saying that to her face in regard to Weinstein.

@benaffleck “GODDAMNIT! I TOLD HIM TO STOP DOING THAT” you said that to my face. The press conf I was made to go to after assault. You lie.

McGowen told The New York Times in an email that Ben knew about Weinstein’s mistreatment of her and other women and continuously lied about it, acting surprised when the allegations came to light. The two appeared alongside each other in 1997’s Going All the Way and 1998’s Phantoms.

According to The Times, McGowan and Weinstein reached a settlement worth $100,000 after he had an encounter with her inside of a hotel room during the Sundance Film Festival. 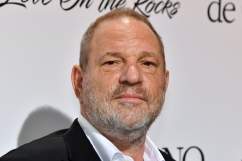 In September, Burton announced that she and Jeffrey Dean Morgan of The Walking Dead were expecting their second child. The couple married in 2014 and revealed the news of the second pregnancy on the red carpet of the Emmy Awards.

Their first child together is a son named Gus, who they frequently post about on social media.

Prior to her marriage with Morgan, Burton was married to Ian Prange, the son of One Tree Hill executive producer Greg Prange. They got married in 2004 but filed for divorce in 2009. Shortly after the separation, she started dating Morgan, and Gus was born in 2010.

5. Ben’s Brother Recently Had Sexual Harassment Suits Filed Against Him

Two women who worked with Ben’s brother, Casey, on a film accused him of sexual harassment in January. The allegations date back seven years ago to 2010, when one of the women said Casey crawled into bed with her without her consent while she was asleep and “violently grabbed (her) arm in an effort to intimidate her into staying” when she refused.

The two women claim he also verbally abused them and directed one of his friends to expose himself to them. In addition, they said Casey and actor Joaquin Phoenix locked themselves inside the women’s joint hotel room and had sex with two other women. The separate claims were settled out of court for an undisclosed amount in 2010.

One woman’s lawsuit was for $2 million while the other suit was for $2.25 million. Casey has continuously denied the allegations.

Read the lawsuits filed in court by clicking here and here. 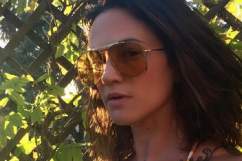