A manhunt has come to an end for 37-year-old Joshua Dale Gurto, who is charged in the rape and murder of a 13-month-old baby girl, Sereniti Jazzlynn-Sky Blankenship-Sutley, of Conneaut, Ohio. Sutley was found unresponsive at an apartment on Clark Street just after 5 a.m. on the morning of October 7.

Gurto was found in Pennsylvania in the early morning hours of October 27.

Investigators said Gurto is the boyfriend of the baby’s mother, 22-year-old Kelsie Blankenship.

Gurto had previously fled and an award was offered for information leading to his capture.

Heavy spoke with Blankenship’s cousin, who would like the world to know who Sereniti was, adding that the mother just wants to grieve in peace at this time.

According to Erie News Now, Blankenship found her daughter unresponsive “during the early morning hours of October 7.”

Sutley was then taken to a hospital, where she was pronounced dead. An autopsy revealed that the baby’s death was attributed to blunt force trauma to the head and trunk.

The baby’s mother was in a relationship with the suspected killer, a family member of Blankenship told Heavy.

News5Cleveland reported that when police arrived at the scene of the crime, Blankenship was holding the child and screaming, “help my baby!”

2. He Was Captured in Pennsylvania on October 27

Gurto was captured at around 1:30 a.m. October 27 in Pittsburgh, Pennsylvania’s Franklin Park section.

According to CBS Pittsburgh, “A Franklin Park officer was on patrol when he observed a white male matching Guerto’s description wearing camouflage and carrying a backpack. The officer followed the man, left his vehicle, drew his pistol and ordered the man to the ground.”

The alleged criminal was taken into custody at the Allegheny County Jail.

Heavy spoke with Blankenship’s cousin, Bobbie Lee, who spoke on her behalf as the grieving mother sorted through photos and spoke in the background about her beloved daughter.

Lee said Blankenship had been dating Gurto for about three months, and said nobody would have expected that he could be capable of such an atrocity. “I went to high school with him,” Lee stated. “This could have happened to anyone…your own niece, sister or granddaughter…he had always been so good with Sereniti. We do not know what came over him.”

The night that the tragedy occurred, Lee stated that it was “like any other night.”

“Kelsie put the baby to sleep, took her medication and went to bed herself,” Lee said. She added that Blankenship was woken up to noises, which is when she found her daughter unresponsive and immediately called 911.

While the young mother has been trying to grieve, she is being bombarded with threatening messages, including from people who say that she should be dead, Lee stated. “These people do not know Kelsie as a mother,” Lee told Heavy. “If you don’t know anything about where Josh is or have any leads, please leave Kelsie alone. Do not assume things or pass judgement. She needs to grieve for her only child in peace.”

Lee said that Blankenship has been cleared by authorities, though she is still in contact with them regarding leads. “Kelsie is not a suspect,” Lee stated.

The cousin also said that though Blankenship has suffered from addiction in the past, and has depression in which she takes medication for, “Sereniti was the road to Kelsie’s recovery.”

“Her daughter was her world and she is suffering an unimaginable loss right now,” Lee told Heavy. “When she needed help she was strong enough to come forward and ask for it, end of story. She should not be ridiculed for that or for anything that was beyond her control.”

Lee said that thankfully Blankenship and the family have also received an outpouring of support from the community. “We want to thank people who are showing support…who are taking the time out to put up fliers to try and find the monster behind this. We cannot thank you enough.”

In a heartbreaking statement, Lee told Heavy that Blankenship had just purchased a Halloween costume for her baby girl, whom Lee described as happy, “always laughing” and “always making everyone else smile.”

“She was going to be a teddy bear for Halloween,” Lee said. “Now there will be no trick-or-treating. No celebrating Christmas or watching Sereniti at dance recitals.”

The family has requested memorial donations or donation of toys be made in the victim’s name to the Conneaut Human Resource Center Halo program 327 Mill Street Conneaut, Ohio 44030.

4. Police Received Hundreds of Tips & There Was a Reward for Gurto’s Capture

Gurto has connections in Ohio and Pennsylvania and authorities sifted through leads from across the country.

Conneaut Police Detective Michael Sullivan told Erie News Now that “investigators are getting upwards of 500 tips on the location” of Gurto. The station added that many of the leads are not valid, and reported that “the latest sighting was at a Girard, Pennsylvania Giant Eagle Friday.”

The Northern Ohio Violent Fugitive Task Force offered a reward of up to $5,000 for information that would help lead to Gurto’s arrest, according to WFMJ.

5. This Isn’t Gurto’s First Run-In With the Law

This is not Gurto’s first run-in with police, and court records in Ohio reveal that he was facing charges dating back to 1999, where he was suspected of receiving stolen property, a felony.

It is not known if the suspected killer has a record in any other states. 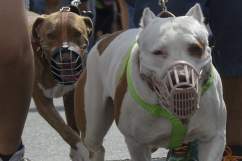 The Fifth Estate: Documentary Asks ‘Should Pit Bulls Be Banned?’

Loading more stories
wpDiscuz
0
0
Would love your thoughts, please comment.x
()
x
| Reply
Joshua Dale Gurto is wanted on charges of rape and murder in the death of 13-month-old Sereniti Sutley. Click here for the latest developments.