The Mandalay Bay Resort and Casino is where a shooter opened fire late Sunday night in the deadliest mass shooting in U.S. history. Perched at the south end of the Vegas strip, the four-star hotel is known for its restaurants, casinos and other amenities.

The hotel is The Mandalay Bay Convention Center and Mandalay Bay Events Center are next door along with its sister hotels Excalibur and Luxor.

Update: The hotel is no longer under lockdown and guests can return to their rooms.

Security personnel have lifted all restrictions on access to Mandalay Bay and other MGM Resorts. Guests may return to their rooms.

The hotel is currently locked down for guests at the request of law enforcement. No guests will be able to check in until further notice from the hotel. The morning after the attack police were knocking on doors to check on guests of the Mandalay Bay and surrounding resorts and make sure everyone is okay.

Our thoughts & prayers are with the victims of last night's tragic events. We’re grateful for the immediate actions of our first responders. pic.twitter.com/Arf8edj1iZ

The suite life looks good on you. Tag your travel buddy.

The resort has over 3,300 rooms, including Resort King, Bay King, Resort Queen and Executive King rooms along with conference and media suites.

The rooms start at $128 a night, but there are suites that cost up to $503 a night. These suites, called the Vista Suite with Mobility Accessibility, are 1,705 square feet and have 1.5 bathrooms. On top of the prices for rooms, guests have to pay for parking and an incidental deposit that can add up quickly.

Another perfect day in paradise ?? The only thing that's missing is you! When will you be making your #Vegas getaway? (Photo courtesy of a flight with @maverickhelicopters)

The casino at Mandalay Bay is 135,000 square feet with thousands of tables and machines to choose from. With 1,700 slot machines and apps available to play on your smartphone, the casino makes itself accessible to every kind of guest.

Some of the main attractions at the casino include mobile sports wagering, poker and table games. The four types of table games offered at the casino are Baccarat, Craps, Blackjack and Roulette.

The casino also boasts Casino Hosts who assist guests in booking promotions and work with VIP guests to make the most out of their experience. There are exclusive rates for rooms available to casino player club members.

3. It has Appeared in Movies and Television

Yes, we are in fact giving you our "come hither" look. #Resortist

The Mandalay Bay has appeared in dozens of movies and TV shows, including a stint as a symbol of Las Vegas in the two-season CSI: Crime Scene Investigation.

Notably, the casino was a setting for the show Las Vegas as the interior of the fictional Montecito casino. The show ran from 2003-2005.

Other images of the casino appear in Rocky Balboa, The Hangover, Top Chef, The Amazing Race and Modern Family. 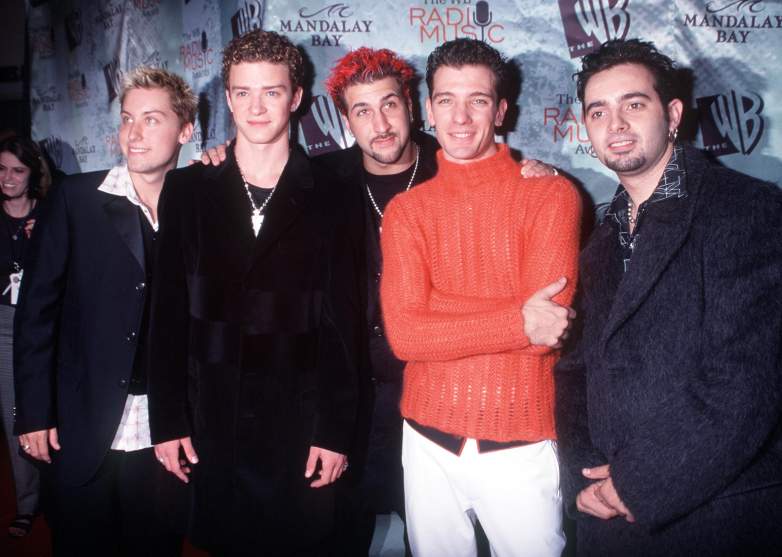 GettyNSYNC at The WB Radio Music Awards, held at the Mandalay Bay Resort in 1999. (Getty)

Circus Circus Enterprises bought the land for the Mandalay Bay in 1995 and opened the Resort and Casino in March 1999 as the Circus Circus casino and resort.

At the grand opening of the hotel, actors Dan Aykroyd, James Belushi and John Goodman headlined a parade of motorcycles through the front doors of the hotel.

The name was changed in June 1999 to the Mandalay Bay Resort and Casino.

5. The Resort is Owned by MGM Mirage

In February 2005, the Mandalay Resort Group was sold to MGM Mirage. The company owns hotels and resorts worldwide.

The company owns 50% of CityCenter in Las Vegas, including ARIA Resort & Casino.

Among the company’s management ranks, more than 38% are minorities and 43% are women. The company has received recognition for diversity including “Top 10 Companies for Latinos,” “Best Places to Work for LGBT Equality” and “40 Best Companies for Diversity.”