The editor of conservative news outlet the Washington Free Beacon has admitted that they were behind funding the infamous Trump dossier. In editorial on the Free Beacon’s website, editor Matthew Continetti said, “During the 2016 election cycle we retained Fusion GPS to provide research on multiple candidates in the Republican presidential primary.” Continetti goes on to say that “none of the work product that the Free Beacon received appears in the Steele dossier.” The Steele dossier refers to former British secret service agent Christopher Steele. His dossier included the allegation that Donald Trump observed to Russian prostitutes engaging in a golden shower sex act inside of a hotel room in Moscow. That hotel room had been used by President Obama a few months previous. The Free Beacon’s role in the dossier was first brought to light thanks to reporting by the Washington Examiner.

Here’s what you need to know about the editor of the Free Beacon:

1. Continetti Is Married to the Daughter of Conservative Icon Bill Kristol

Continetti married Anne Kristol in February 2012, according to their New York Times wedding announcement. Her father is conservative icon and editor of the Weekly Standard, Bill Kristol. The pair were married at the Ritz-Carlton in Washington D.C.

According to Continetti’s LinkedIn page, he attended Columbia University in New York City. In July 2003, he went to work for Bill Kristol’s Weekly Standard, remaining there until December 2011. In 2012, the Washington Free Beacon began operating with Continetti as editor-in-chief.

2. Continetti Says: ‘Kate Upton Stands for Everything Good About America’

In an interview with ABC News, Continetti was asked about the Free Beacon becoming a private website. The site used a gif of model Kate Upton to help get the word out. The interviewer said that the gif “isn’t something the Weekly Standard, for example, would do.” To which Continetti responded, “Kate Upton stands for everything good about America. I can’t imagine an approach to conservatism that excludes her. Indeed, I would say Kate Upton is American freedom personified. What better way to announce that the Free Beacon is now for-profit? It got your attention.

3. Continetti Is a Big Fan of Sarah Palin

Continetti literally wrote the book on Sarah Palin. It was titled, Sarah Palin: How the Elite Media Tried to Bring Down a Rising Star. In October 2010, Continetti wrote in the Washington Post about the myths surrounding Palin. Continetti contends that Palin didn’t cost Senator McCain the election, that Palin could mount a 2012 election challenge and that Palin was a uniting force within the Tea Party and GOP.

A major part of Continetti’s fawning over Sarah Palin comes from his dislike for President Obama. Continetti specifically believed that President Obama’s Syria policy demonstrated American weakness and that the American media was blindly allegiant to the Obama White House.

In August 2016, Continetti told NPR that he believed Trump’s comments after the riots in Charlottesville were “unpresidential.” He added, “[General.]Kelly sees his job as managing the staff not the president. And it seems like no one can manage the president of the United States.”

5. The Free Beacon’s Admission Comes as the First Charges Have Been Laid Out by Robert Mueller

As news of the Free Beacon’s role in the dossier becomes more public, CNN reported that the first charges in the investigation into Russia’s involvement in the 2016 election have been laid. The network says that those in question could be taken into custody on October 30. 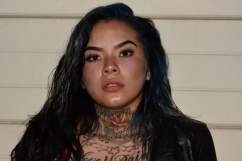 Loading more stories
wpDiscuz
0
0
Would love your thoughts, please comment.x
()
x
| Reply
The editor of conservative news outlet the Washington Free Beacon has admitted that they were behind funding the infamous Trump dossier.