Cops in Tampa have said that two murders in October are connected; prompting fears of a serial killer in the city. In a press release on October 17, authorities said the October 9 murder of Benjamin Mitchell, 22, and the killing of Monica Hoffa, who investigators believe was killed on either October 11 or 12, are connected. Tampa Interim Deputy Chief Brian Dugan told WTSP, “Both cases are somewhat unusual in that there are no clear motives behind the killings.” Both victims were shot dead within ten blocks of each other in the Seminole Heights neighborhood of the city.

1. Police Have Released Video of a Possible Witness Who Was in the Area at the Time of Benjamin Mitchell’s Murder

The Tampa PD says that Benjamin Mitchell was shot once at around 9 p.m. on October 9 while he waited for a bus close to where he lives. Mitchell died at a local hospital. Authorities say that they believe Mitchell was on his own. His aunt, Angie Dupree, told Fox Tampa Bay that Mitchell was at the bus stop to ensure his girlfriend got home safe. Dupree said, “He was either going to pick her up or was waiting on her to get out the bus because he didn’t want her to walk home alone. You can’t say that about a lot of kids, but you can literally say this about him: he was a good kid.”

It’s the “nature of the two shootings” that led officials to the connection. Police have released a video of a man who was nearby to where Mitchell was killed. The man is not necessarily being regarded as a suspect but officials are not ruling anything out yet. Hoffa’s sister has referred to that man as a suspect.

WFLA reports that witnesses saw a man in his early 20’s with a dark jacket running from the scene.

2. The Last Time Hoffa Spoke to Her Stepmother, Hoffa Was ‘Having Problems’

A City of Tampa worker discovered Monica Hoffa’s body at around 9 a.m. on October 13, reports the Tampa Bay Times. Her stepmother, Dawn Hoffa, told the newspaper:

I spoke to her eight months ago. She seemed to be having problems, and I told her she could come movve in with us. This is so awful.

Initial reports of Hoffa’s death didn’t mention her cause of death, referring to her body as being found with “upper body trauma.” A local resident told the Tampa Bay Times that she heard five shots around the time of Hoffa’s killing.

WFLA reports that Hoffa has multiple previous arrests. Her offenses include drug possession and a DUI. Her last official address was on Pittsfield Avenue in Tampa, according to the station, though she was not living there at the time of her death. According to Hoffa’s Facebook page, she was in a relationship with a man named Derek Reber.

3. Mitchell’s Parents Sent Him to Live in Tampa So He Would Grow Up in a Save Environment

Angie Dupree told Fox Tampa Bay, “This is so crazy. I can’t believe that someone took my nephew for no good reason at all. You got away with nothing. You took a child’s life for no reason at all because you didn’t get anything.” Dupree explained that Mitchell was born in California and lived in Las Vegas for a time. His parents sent him to live with Dupree and her husband so that he could grow up in a safe environment.

Police spokesperson Steve Hegarty told Fox Tampa Bay that Mitchell was a like a “boy scout” with no criminal record. Mitchell was a full-time business management student at Hillsborough Community College and was an aspiring musician, according to his obituary.

4. One Local Resident Was Unmoved by the Killings

A local resident, Janice Thornton, 60, told the Tampa Bay Times, “I’m not scared, but it’s really sad. We’ve had car break ins and small stuff like that.” While another resident, Mary Coram, 62, said, “It’s very concerning to me. This neighborhood is on the come up. Stuff like this makes me ask, ‘What the hell is going on?”

5. It’s Been Over 30 Years Since Tampa Was Rocked by the Bobby Joe Long Killings

In 1983, the city of Tampa was rocked by the murders committed by Bobby Joe Long. Long was sentenced to death for eight murders and the rape of Lisa McVey in September 1985, having been apprehended in November 1984. Long is thought to have killed at least 10 women and frequented areas of the city known for prostitution and late-night bars.

Long, a native of West Virginia, was arrested when he let Lisa McVey free from his captive and she told authorities about her ordeal. Long was also believed to have committed around 50 rapes in the Fort Lauderdale-area prior to his killing spree and was known as the “Classified Ad Rapist.” 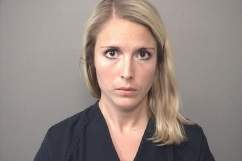 Loading more stories
wpDiscuz
0
0
Would love your thoughts, please comment.x
()
x
| Reply
Cops in Tampa have said that two murders in October are connected; prompting fears of a serial killer in the city.