The Great Szechuan Sauce Day at McDonald’s is underway. Some fans are enjoying the delicious sauce, and others are missing out because their stores ran out too fast. At many locations, fans lined up for hours just to try the sauce. Unfortunately, most locations only had 20 to 40 sauce packets, making this an unhappy experience for many Rick and Morty fans.

(Note: If you stood in line a long time or drove a long way to get McDonald’s Szechuan sauce but left disappointed, you may still have a chance to get something for your effort. McDonald’s is telling some customers to DM them on Twitter and they’ll try to make the disappointment up to them.)

Here are stories and photos about what’s been happening today.

Amber got to her McDonald’s an hour early, only to see the line was already very long. Her location only had 30 packets.

Got there an hour early for Szechuan sauce. Left because McDonald’s was only sent 30 packets. Sending bad vibes to McDonald’s Corporate smh can’t complete my serie arc now #szechuansauce pic.twitter.com/MTuAOSqwfG

Meanwhile in Druid Hills, a fight broke out over the Szechuan sauce and cops had to show up just to keep people civil:

Meanwhile, some people dressed in costumes at this location:

Definitely not getting any Szechuan Sauce today pic.twitter.com/xKvcu6SqL0

But there were still people in line, wrapped around the store, when the store ran out of sauce.

The store inside is PACKED and it wraps around outside too! Going to be lots of fans going without sauce today pic.twitter.com/zZuV8esBvo

Another commenter said they decided to go to a McDonald’s out of the way in Washington. That store only had 10 Szechuan sauce packets, but only four people showed up:

Hahahaha. We were smart and went to the out of the way McDonalds in Mukilteo, WA. There's only 4 of us here. They're only giving out 10!

Frickin same. They only had 18 here and it said 2. They gave it away at 1 and I came 4 hours early. So we left and came back, none for us.

hey @McDonalds, when y'all said you would have limited supplies of szechuan sauce today, you weren't kidding. 20 cups per store? smh, c'mon.

At UFC, the line for the Szechuan Sauce is unbelievably long. Thirty minutes after this was posted, the store ran out, according to one person on Twitter:

The line for McDonald's wraps around the corner lmao??? #szechuansauce pic.twitter.com/Hl3fmFOwBg

And another unhappy fan:

.@McDonalds REALLY horrible marketing to make 1000s of ppl line up for #SzechuanSauce when you only have 20 per location #boycottMcDonalds

The line in Kenmore:

There’s certainly a line for the McDonald’s Szechuan sauce in Kenmore pic.twitter.com/hHQ0ev8c4e

Here’s the line in DC, shared on Reddit by ColaIsFat. 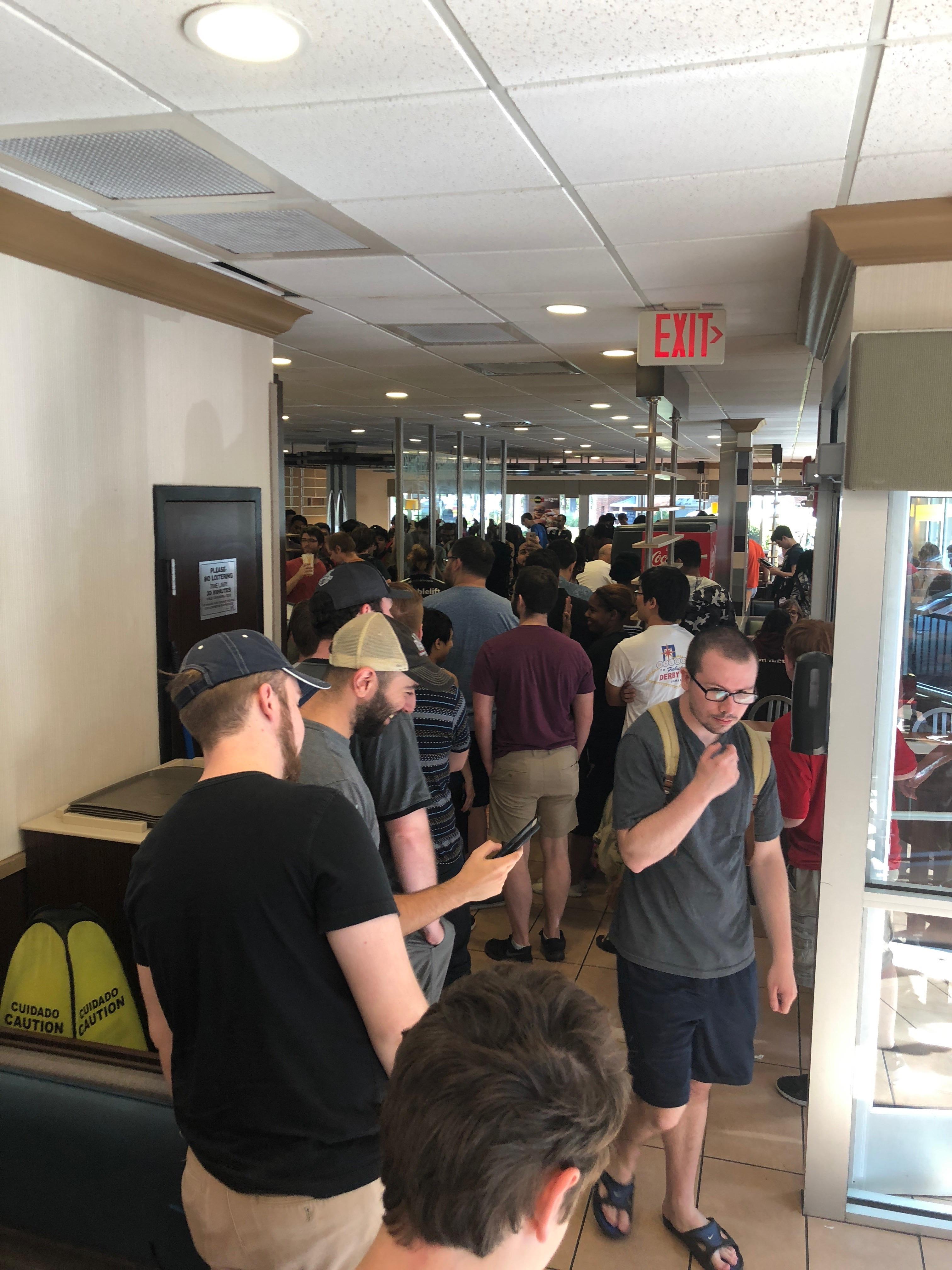 Meanwhile, the line at a store in Atlanta was so long, with more than 200 people, that they ended up giving away the sauce lottery style for the first 100 in line, Redditor platinumbinder shared. The store only had 16 sauce packets to give away.

One Redditor, theaxeassassin, estimated a thousand people were in line in Boston: 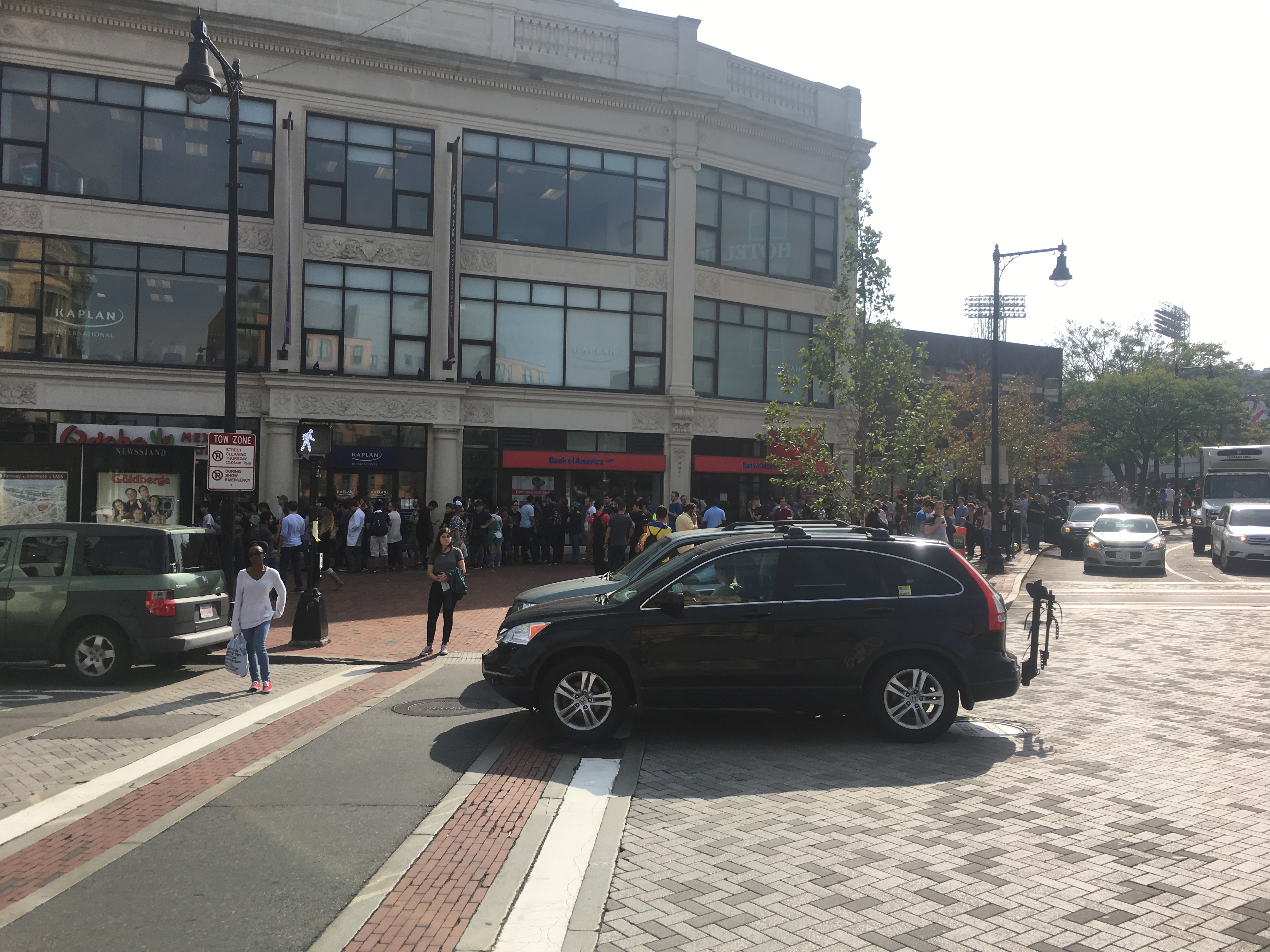 Meanwhile, Redditor Nexillion shared his story on Reddit. It’s long but worth reading.

So, I get to the ONE of FOUR places in all of Chicago that actually sells the Szcehuan sauce and I see no people waiting outside or anything. So far so good. This is around quarter to 11, mind you. I’m stupid hungry so I get some pancakes and see the line forming. I get in line and I’m about 20th in line, so I think my spot is secured. I sit down with my CAREFULLY PREPARED BOOK and begin my wait. That’s when the ****show begins. In between reading, I strike up conversations with people in front of me and one remarks that he’s been here since 7am and there’s about 40 packets of sauce. I’m worried but happy that I’m still in good standing. I THEN find out, the McDonalds has someone working there that hands out tickets (i.e. blank pieces of paper with numbers on them) and that this guy is #31 and the ticket person should be back around shortly. This disturbs me as the people working there had NO SIGNS telling anyone this nor did the people working there inform me of this. Still, since the line just formed, I am confident I will walk away with SOMETHING. A person gets behind me, their number is 62. ………What. About 5 minutes go by and a rep from the store informs the crowd that there are only 20 packets of sauce and everyone who has tickets 1-20 will get one. Everyone else will get a postcard that has the poster for the sauce on it. The guy who said there was 40 before remarks this at the rep. About 3 seconds of total silence go by and the rep looks like they’re going to crap themselves. Guess at least one employee scored a case of the sauce at employee discount. The rep just up and leaves and I can hear the rabble/angry social media posting behind me. Seeing my mission has failed spectacularly, even with my careful planning, I decide to head home. This is gonna be SUCH bad PR for the company…

At the Wellington McDonald’s, fans were so angry that the cops had to show up:

Cops are at Wellington McDonalds where tons of angry people lined up for hrs for Rick and Morty Szechuan sauce only to learn they had none pic.twitter.com/3T272osid4

Fans created signs at another location to share their pain: 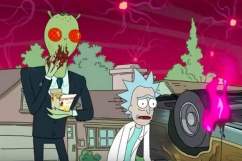 How Much Szechuan Sauce Per McDonald’s? Many Only Have 20 Packets

Szechuan Sauce McDonald’s Locations Near Me: List of Every City Where Available Today

Loading more stories
wpDiscuz
0
0
Would love your thoughts, please comment.x
()
x
| Reply
Many Rick and Morty fans left unhappy after standing in long lines for stores that ran out of Szechuan sauce. Here are photos from around the country.