A journalist and comedian has become the eighth woman to accuse Minnesota Senator Al Franken of unwanted and improper sexual misconduct toward her. Here’s five things to know about Tina Dupuy:

1. She First Broke her Story in ‘The Atlantic’ Magazine

Tina Dupuy’s allegations against Franken first became known on Dec. 6. when the Atlantic published an article she wrote, headlined “I Believe Franken’s Accusers Because He Groped Me, Too.”

According to Dupuy, she encountered Franken at a Media Matters party during Obama’s first inauguration, which she described as “a great time to be a Democrat. Not only had we just elected the first African American president of the United States, but Franken’s [Minnesota Senate] race had triggered a recount, leaving lefties giddy that we would soon have a supermajority in the Senate.”

Dupuy wanted to pose for a photo with Al Franken because her foster mother was a Franken fan:

I only bug celebrities for pictures when it’ll make my foster mom happy. She loves Franken, so I asked to get a picture with him. We posed for the shot. He immediately put his hand on my waist, grabbing a handful of flesh. I froze. Then he squeezed. At least twice.

I’d been married for two years at the time; I don’t let my husband touch me like that in public because I believe it diminishes me as a professional woman. Al Franken’s familiarity was inappropriate and unwanted. It was also quick; he knew exactly what he was doing.

It shrunk me. It’s like I was no longer a person, only ornamental. It said, “You don’t matter—and I do.” He wanted to cop a feel and he demonstrated he didn’t need my permission.

2. She Spent Part of her Childhood as a Ward of the State

I'm going to stay off Twitter for a little bit. But please enjoy this picture of me and @LADYBUNNY77 who will be joining me on @SXMInsight tomorrow at 2pm eastern! pic.twitter.com/VrYsRtsOhq

The biography on Dupuy’s self-titled website says that Dupuy’s “infancy was spent as glorified luggage, dragged around several countries on two continents and eventually attending nine elementary schools. The daughter of two self-involved former-cult-members, Tina was mostly feral until the age of 13 when she was finally made a ward of the state. Think, ‘Kafka as a pre-pubescent girl.’ The most stable home she ever had was an adolescent all-girls group home in Northern California….”

Her parents belonged to the Children of God cult, and Dupuy has said that her mother used to use young Tina as a “prop” to help sell Children of God leaflets on the streets of Manhattan.

In the Atlantic, when she discussed her alleged encounter with Franken, Dupuy credited her foster father with supporting her latent interest in political matters: “My experience with government at that point [prior to meeting Franken] was being a ward of the court in foster care. Noting that I had an interest in politics and in grandstanding—at 14, I ran a scorched-earth campaign to make the entire group home I lived in recycle—my foster dad set up an internship for me at the district office of Representative George Miller.”

Dupuy became a journalist and comedian whose work appears in a wide variety of outlets. She also hosts a show on SiriusXM. In 2014, she was featured in an episode of This American Life.

In 2016, she took what she knew would be a temporary job as Communications Director for then-Congressman Alan Grayson — temporary because Grayson was not running for re-election and intended to step down the following January.

3. She Says she Only Came Forward After Realizing Franken Would not Step Down

Dupuy’s article also included a hefty dose of self-criticism for he 1990s-era support of Bill Clinton after multiple women accused him of sexual misconduct: “I ignored the very idea that Bill Clinton raped Juanita Broaddrick. I put it in the same category as Bill Ayers, the New Black Panther Party, and Benghazi: A shorthand swipe Republicans lob on cable TV. Besides, I liked Bill Clinton. I had a single mother too. I also liked Hillary. As first lady, she made old men furious for not ‘knowing her place.’ The Clintons were an inspiration to me. Then [initial Franken accuser Leeann] Tweeden tweeted #metoo.”

4. She Decries the Partisanship That Inspired People to Support Sexual Predators From Their own Political Party

When various women accused then-President Bill Clinton of sexual misconduct in the 1990s, he had his share of feminist defenders who ordinarily would side with multiple women against the lone man they accused of mistreating them, but made an exception in Clinton’s case, basically on the grounds that as president, he supported feminist issues.

Dupuy’s story in the Atlantic summarized some of those 1990s apologias, then recited a similar list of more recent ones defending Franken: “The author Kate Harding, shortly after Tweeden published her account, wrote a piece for The Washington Post, headlined: ‘I’m a feminist. I study rape culture. And I don’t want Al Franken to resign.’ In it, she rehashes what Steinem wrote 20 years ago: These are our guys, we must protect them especially if there’s a risk one could be replaced by a Republican. ‘If we set this precedent in the interest of demonstrating our party’s solidarity with harassed and abused women, we’re only going to drain the swamp of people who, however flawed, still regularly vote to protect women’s rights and freedoms’.”

But Dupuy completely dismissed such logic, rhetorically asking “Really? If Democrats demonstrate our party’s solidarity with harassed and abused women something bad will happen to women’s rights? Are you kidding me? Is that why there is a slush fund on Capitol Hill to settle sexual-harassment claims with taxpayer dollars—because of feminism? …. I have a radical idea: Maybe Democrats can replace politicians who harass and abuse women with anyone other than an abuser. There are good men in the world. I married one. I’ve worked with many more. Do we really believe our talent pool will dry up and our caucus will be nonexistent once we kick out all the creepers? I don’t. What if protecting men who harass and abuse women isn’t actually good for women? Maybe, just maybe, it’s only good for the men.”

5. She’s a Former Poster Child for Alcoholics Anonymous, Despite not Being an Alcoholic

For part of her adolescence, after being placed in a girls’ home, Dupuy started attending AA meetings (although years later, she realized she never actually was an alcoholic). A January 2016 article she wrote for Vox describes the story of how that happened: “The lowest point in my life came when I’d barely turned 13. My father, a man twice my size, had beaten me up, and I’d spit on him. I screamed and wailed for someone to call the cops. They came — and I was the one they took away. I’ve successfully blocked out going to court, but my records state I was there for assault, a charge that was later reduced to disturbing the peace. I was left to rot in juvenile hall for two months while I awaited placement. I’d never felt more isolated and alone — no parents, no advocates; no one knew where I was, and it was clear to me that no one cared.”

While in juvenile hall, she met various AA members who came to the hall’s church to “witness” to people. As Dupuy puts it: “They said if I did what they did — that is, not drink and go to meetings — I’d never have to come back to juvenile hall. I was sold.”

So she joined AA, and that’s how she got out of juvenile hall and placed into the girls’ home which she later described in her online biography as “The most stable home she ever had.”

As Dupuy noted, when she joined AA she’d only drank alcohol about six times in her entire life, but:

Mostly I just didn’t get along with my mother, and she subscribed to Calvinistic punishments like kid jail and institutions for the slightest of infractions.

Nevertheless, believing I was an alcoholic helped me make sense of the way my mom treated me — and the way I acted in response. If I were an alcoholic, my mother’s harsh treatments made sense. My attitude problem (being ungrateful and calling my mother a bitch) was predictive: Only addicts would treat their parents that way. Only alcoholics would end up in a mental hospital, juvenile hall, and now a group home all before they turned 14. Drinking didn’t make me an alcoholic. According to the grown-ups who doled out harsh consequences, it was all these harsh consequences that made me an alcoholic.

Decades later, after she was a happily married and professional successful adult, did she think to question the narrative she’d previously embraced: “First to go was the narrative that I was a volatile, unstable, and sick person. I wasn’t. Nor had I ever been. My husband of 10 years assured me I was even-keeled and emotionally stable. ‘You’re not cruel, you’re not mean. You never have been,’ he said. … Eventually I questioned if I was even an alcoholic. I’d been “sober” for 24 years. Had I ever really been a drunk? Well, not really. In fact, if you listen to my AA speaker tapes, I don’t actually drink in my pitch. I talk about how I wanted to drink or I intended to drink — but I never actually guzzled booze, got drunk, and had a bad time.” 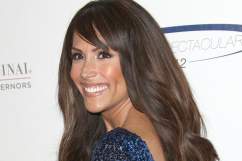