Robert Francis “Beto” O’Rourke is a U.S. Representative for Texas’ 16th district, and is running for Ted Cruz’s Senate seat. Multiple sources report that O’Rourke is a multimillionaire, and his father-in-law — one of the richest developers in El Paso — is likely a billionaire. But despite his background, O’Rourke has committed to stay clear of PAC money, and has already out-raised Ted Cruz in donations for the first part of 2018. Here’s what you need to know about O’Rourke’s net worth.

However, the Houston Chronicle pointed out in 2014 that O’Rourke’s net worth range is from -$1.4 million to $16.5 million, which makes it tougher to discern exactly how much he is worth. This is because lawmakers don’t have to share the exact amount of their debts and assets, but instead include a range. Most estimates are based on calculating a maximum and minimum net worth for each lawmaker and then giving an estimate based on the midpoint amount.

O’Rourke is currently a U.S. Representative for Texas’ 16th District. In this position, he makes $174,000 a year, Ballotpedia reported. During the government shutdown in 2013, O’Rourke was one of the members of Congress who refused to accept any pay, showing solidarity with furloughed government employees. At least 123 members of Congress refused to accept any pay during that time period.

According to his 2016 financial disclosure report, O’Rourke’s assets include checking accounts, bonds, capital gains dividends from Blackrock Equity, a large investment of $100,000 to $250,000 in Goldman Sachs Financial Square Treasury Instruments Fund, and numerous other investments and IRAs. He also owns several properties, including real estate in El Paso valued at $1 to $5 million (Imperial Arms, a real estate company), and ownership interests in properties that lease retail space (each valued at $1 to $5 million). He also has an investment trust valued at $5 million. But these assets are balanced by his liabilities, which include four mortgages. Two are for rental properties and range from $1 to $5 million and from $250,000 to $500,000. Two others are for personal residences, ranging from $100,000 to $250,000, and from $250,000 to $500,000. He also has a business loan worth $15,000 to $50,000.

3. O’Rourke Is Out-Raising Ted Cruz in 2018 Despite Not Accepting PAC Donations

O’Rourke has vowed to not accept PAC donations. “One of the reasons that I don’t take PAC money is I never want you to have to wonder who it is that I’m voting for or writing legislation for,” he said. “I serve on the House Armed Services Committee, a very solemn responsibility. You don’t want to wonder if I’m doing the work of Boeing, or Northrop Grumman, or General Dynamics or any other defense contractor.”

4. His Father-in-Law Sold a Real Estate Business to GE for at Least $2 Billion

His wife Amy Sanders‘ father, William “Bill” Sanders, is a highly successful real estate investor in the El Paso region. The book “The Richest Man in Town” noted that Bill Sanders began his latest business, Verde, after building a fortune in the real estate investment trust business. He founded LaSalle Partners and then Security Capital, one of the most successful REITs in the country, and later sold it to GE. (Some sources say he sold it for $2 billion and others say $5.4 billion.) Security Capital was one of the most influential real estate companies in history.

In 2012, when O’Rourke beat incumbent Sylvestre Reyes for the House seat, Reyes accused Sanders of using a Super PAC to “circumvent loopholes in campaign finance law” and help O’Rourke. The Super PAC, called The Campaign for Primary Accountability, was partly financed by Sanders, Texas Monthly reported. But San Antonio Express reported that the financing was a small part of total funds raised by the PAC. The Super PAC raised $1.8 million to help challengers in primaries where incumbents had an advantage. Five donors to the PAC were from El Paso, including a group tied to Sanders that gave $18,750. The Super PAC spent a total of $240,000 in the El Paso region, Politico reported, and O’Rourke said there was no coordination between his campaign and the PAC. 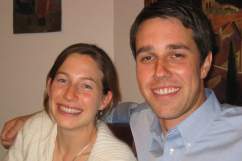 O’Rourke made at least some of his money through Stanton Street Technology Group, a business that specializes in IT and web design consulting. It’s one of the largest in the El Paso region, Business Insider reported. His 2016 financial disclosure report estimated Stanton Street as having a value of $250,000 to $500,000.

O’Rourke graduated in 1995 with a degree in English literature from Columbia University. After college, he worked for Internet service providers in New York before returning to El Paso in 1998. In 1999 he co-founded Stanton Street Technology. His wife, Amy, took over as president and owner in 2013 and was still running the business in March 2017. In May 2017, El Paso Inc. shared a story that Amy might have left Stanton so she could spend more time with Beto on the campaign trail. Amy’s LinkedIn page still lists her as President of Stanton Street. 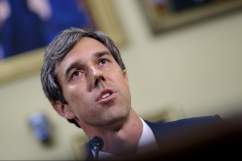 Read More
2018 Elections, Breaking News, Democrats, Politics, Texas
Find out all about Beto O'Rourke's net worth and how he made his millions.