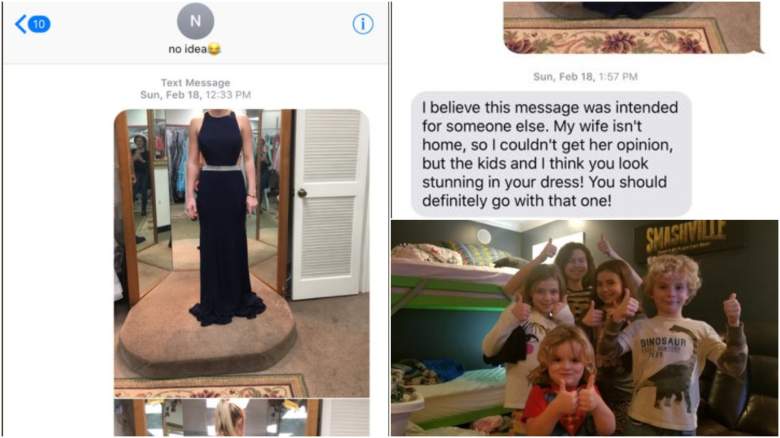 A woman sent a text to the wrong number, and the response of the man on the receiving end was priceless.

A text featuring a beautiful girl in a dress was accidentally sent to the wrong person, and the priceless response has gone viral. And for a great cause. The wife of the man on the receiving end of the text was gone tending to their child with leukemia, whose GoFundMe account is now receiving a plethora of new donations.

Tony Wood, a father of six who is a realtor from Spring Hill, Tennessee, spoke with Heavy about receiving the text from an unknown number showcasing a girl in an evening gown.

Rather than ignore the text or tell the sender “wrong number,” Wood decided to get creative. 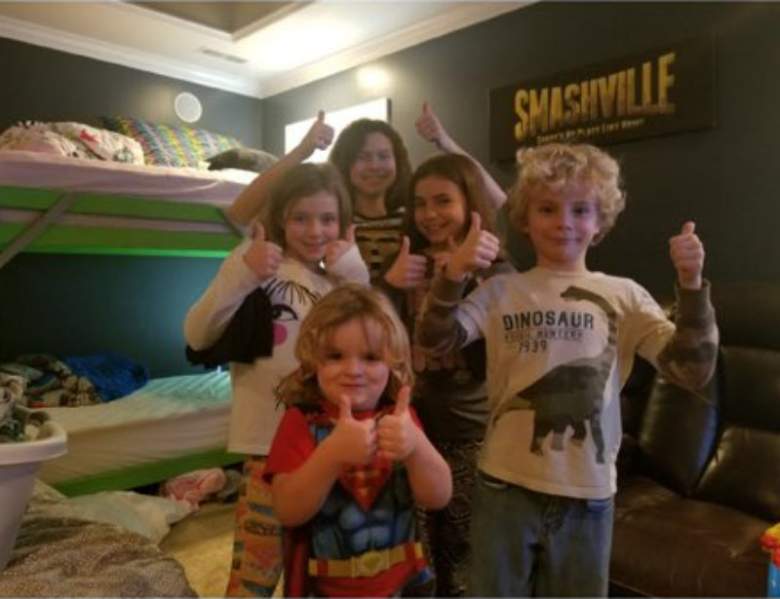 The Wood’s children offered an adorable approval of the dress.

“I believe this message was intended for someone else,” he wrote. “My wife isn’t home, so I couldn’t get her opinion, but the kids and I think you look stunning in your dress! You should definitely go with that one!” He followed the message up with a photo of his children giving a thumbs-up response.

Syd accidentally sent pics of her dress to the wrong number and this was their response ? pic.twitter.com/SWmcqSFiqh

@bbymandi created a tweet using screenshots from the exchange, as seen above, and at the time of publishing it had over 700,000 likes and more than 176,000 retweets.

“Syd accidentally sent pics of her dress to the wrong number and this was their response ?,” Mandi Miller captioned the tweet.

The heartbreaking reason of why Wood’s wife wasn’t home to help with the family’s decision regarding the dress was because she was tending to their six-year-old son, Kaizler, who is battling leukemia and was in the hospital. 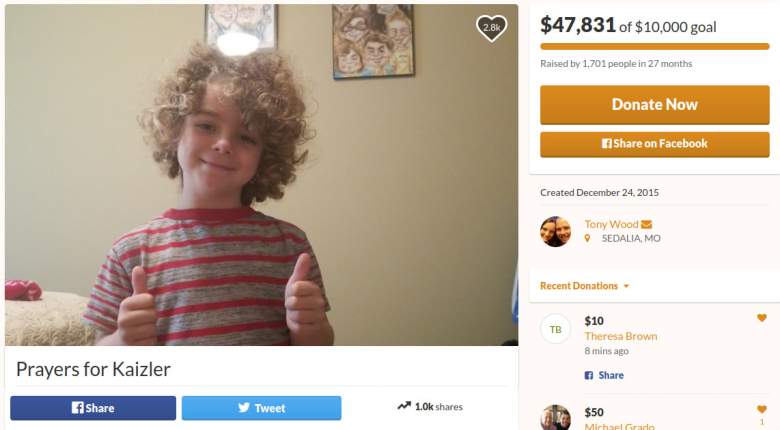 Kaizler Wood’s GoFundMe page is garnering donations from strangers around the globe.

Heavy spoke with Wood, who said “it has been a whirlwind of shock the last few days,” adding that the experience “has also been an amazing blessing.”

When asked how Kaizler is doing, the father replied that “he’s doing well.”

“We’re in the regular maintenance phase and his end of treatment should be April of 2019, God-willing. And he’s doing well…he’s having a little bit of trouble with his IgG levels right now, which involves the immune system. A low level for a normal person is 520 and Kaizler got an infusion a couple of months ago which brought him up to 496, but his last appointment on Monday he was down to 350. So next month they’re going to be doing another infusion. But he’s doing ok, he hasn’t had any major bouts of sickness or anything like that.”

Regarding his newfound fame, six-year-old Kaizler doesn’t quite understand the depth of how far his story has reached due to the accidental text, his father said.

“It’s so funny, when we told him about it he said ‘that’s cool,'” Wood said with a laugh.

More than anything, Wood said he would like to get two messages out…the importance of God in all of this, and the fact that only 4% of all cancer research funding is dedicated to childhood cancer.

Everything that’s wrong with the U.S. health system in one tweet. Parents shouldn’t have to worry about how to finance their kid’s cancer treatment. So let’s donate and save #Kaizler and then change the system. https://t.co/doRxnbdPNH

The husband and father of six told Heavy:

We just want to give God all of the glory because He has moved in a big way. We want people to know that this is God-moving. And of course, we are asking for ongoing prayers.

On another note, this has put me into a unique situation where I can get in front of a lot of people right now and so I’m like, ‘you know what? I need to advocate.’

I want to be sure that we bring awareness…because only 4% of cancer research funding goes to children’s cancer research. And that is not a good system. We’ve seen a lot of our little buddies not make it on our journey, and it’s so hard. And it’s something I think, if there was more funding power to that, it’s something that could potentially be prevented in some cases. If you asked a parent with cancer who had a child with cancer, ‘would you rather put funding towards your cancer research or your child’s,’ what parent is going to say mine?!?

Kaizler’s father created a YouTube video to clear up any misconceptions on how the GoFundMe donations are being used:

And he thanked those who sent donations and well-wishes through a tweet:

The kindness and generosity of Twitter and other venues saw our gofundme account surpass our goal last night! I can't begin to thank everyone enough! This is a major hour of need for us and this blessing will help more than you know! God Bless all of you!

“The kindness and generosity of Twitter and other venues saw our gofundme account surpass our goal last night!,” @TriStarHomeTeam wrote. “I can’t begin to thank everyone enough! This is a major hour of need for us and this blessing will help more than you know! God Bless all of you!”

Click here or page 2 below to keep reading the awe-inspiring story about how the tweet went viral and got linked to the family’s GoFundMe page, including an interview Heavy conducted with a man from India who saw the viral tweet, found the fundraiser and helped Twitter do “its magic.”

Loading more stories
wpDiscuz
0
0
Would love your thoughts, please comment.x
()
x
| Reply
A girl sent a text message asking how she looked in a dress to the wrong man, and his response was priceless. The text has gone viral, helping the Tony Wood's son who has leukemia.