A recently expelled student is being accused of being a long rifle to his former school and opening fire as students prepared to rehearse their graduation. The suspect has been named as Matt Milby, 19. The horror unfolded at around 8:00 a.m. on May 16 in Dixon High School in Dixon, Illinois, about 100 miles west of Chicago. Authorities said that the suspect exchanged gunfire with school resource officer Mark Dallas.

Officials say that Dallas chased the suspect from the school which led to the pair exchanging gunfire. The officer was able to wound Milby in the upper shoulder causing non-life threatening injuries. The suspect is being treated at KSB Hospital. Dallas was not injured during the incident. The attack led to panic in the small community with all Dixon Public Schools being placed on lockdown. The high school is located at 300 Lincoln Statue Drive in the town. Worried parents were directed to a nearby baseball field where they could pick up their kids.

1. Milby Is a Former Student at Dixon High School

Sauk Valley Media reports that Milby is a former student at Dixon High School. The website says that gunfire broke out in the school’s gym where seniors were meeting for a graduation rehearsal. City Administrator Danny Langloss told the media, “We’re lucky the officer was there. His brave actions saved a lot of lives.” Officials declined to make a motive public for the shooting.

A student who was a witness, Kylie Shaw, told Sauk Valley, “All of a sudden, we saw someone come in the new gym lobby doors, and we heard this pop! pop! pop! We just thought it was firecrackers, then we saw pieces of the ceiling coming down.” The website adds that gym teacher Andrew McKay slammed the door to the gym and told the students “go, go, go.” Shaw says, “everyone was sprinting in all different directions.”

A student at the school, Brianna Johnson, 19, told Sauk Valley that she saw Milby peeking through a window inside the school’s gym, armed with a long-barreled gun.

2. A Former Friend Says Milby Was Not an ‘Evil Person’

Milby had recently been explled from Dixon High School, reports Sauk Valley. The website was the first to name Milby as the suspect. Speaking to NBC Chicago, Brandon Stehl, a former student at Dixon High School, said that he used to be friends with Milby. Stehl said, “He’s never had any motives for shooting, I’ve never known him to be an evil person, he was never bullied and never bullied others. So this was a surprise. I’m glad he’s alive…stupid.” 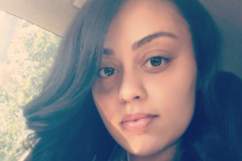 3. The School Resource Officer Who Is Being Hailed as a Hero Has Been Named as Officer Mark Dallas

Officer Mark Dallas is being hailed as a hero for his actions at Dixon High School. Officer Dallas is thought to have chased the suspect out of the school gym while taking fire. It was then that Dallas shot and wounded the suspect. The Chicago Tribune reports that the school resource position was created at the school in 2000 as a means of prevention against school violence.

Sauk Valley reports that Dallas has been placed on administrative leave. The shooting is being investigated by the Illinois State Police and the ATF. Police Chief Steven Howell told the media, “I could not be more proud of the police officer and the way he responded in this situation. With shots ringing through the hallways of the school, he charged towards the suspect and confronted him head on. Because of his heroic actions, countless lives were saved.” 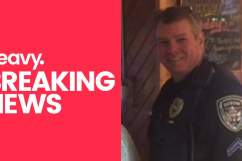 4. Milby Has a Reputation as a ‘Troublemaker’

Sauk Valley reports that Milby had a reputation in the area as being a “troublemaker.” Online records show that Milby ran track during his time at Dixon. In a separate interview with Sauk Valley, Brandon Stehl said that the suspect was “hot-headed and reckless” but not emotionally unstable. Brianna Johnson is quoted in the piece as saying, “He seemed like a really nice kid, but then everything changed and he was angry and high all the time.” Johnson said that she didn’t know the reason that Milby was expelled.

5. There Are a Little Over 800 Students Enrolled at Dixon High School

According to U.S. News & World Report, there are just over 800 students enrolled at Dixon High School. It is the only high school in Dixon Unified School District, located about 35 miles southeast of Rockford. There are 41 teachers employed at the school. The school has an 80 percent graduation rate. The school is perhaps most famous for being Ronald Reagan’s alma-mater. Reagan attended Dixon in the 1920s after moving to the area in 1924 and played for the school’s football team, reported Sauk Valley. Another famous graduate of the school is Walgreens founder Charles Rudolph Walgreen.

Loading more stories
wpDiscuz
0
0
Would love your thoughts, please comment.x
()
x
| Reply
A 19-year-old man suspected of bringing a gun on to the campus of a high school in Illinois has been named.