Sabrinah Fontelar, of Las Vegas, was identified as the woman who took a brutal beating from an employee at a Nevada McDonald’s Thursday. Nevada resident Marie Dayag filmed the confrontation and uploaded it to Instagram, and the video has since gone viral.

Erika Chavolla, 24, was also identified as the employee that beat up Fontelar. The two got into a dispute while Chavolla was working after Fontelar allegedly tried to fill up a water cup with free soda. Fontelar bragged on Instagram that she was the customer in the video.

Here’s what you need to know about Fontelar:

1. The Fight Started After Fontelar Asked For a Water Cup & Tried to Fill it With Soda Instead

According to Dayag, who filmed the fight, a customer asked for a water cup and then allegedly tried to fill it with soda. The McDonald’s supervisor turned off the soda machine to prevent the woman from filling her water cup with a soft drink, which angered the customer.

In the original footage, the customer can be seen yelling “fight me,” and throwing a french fry at the McDonald’s employee shortly before the fight broke out. The fast food employee steps out from behind the counter and the customer throws a milkshake at her and hits her in the face with a food tray. 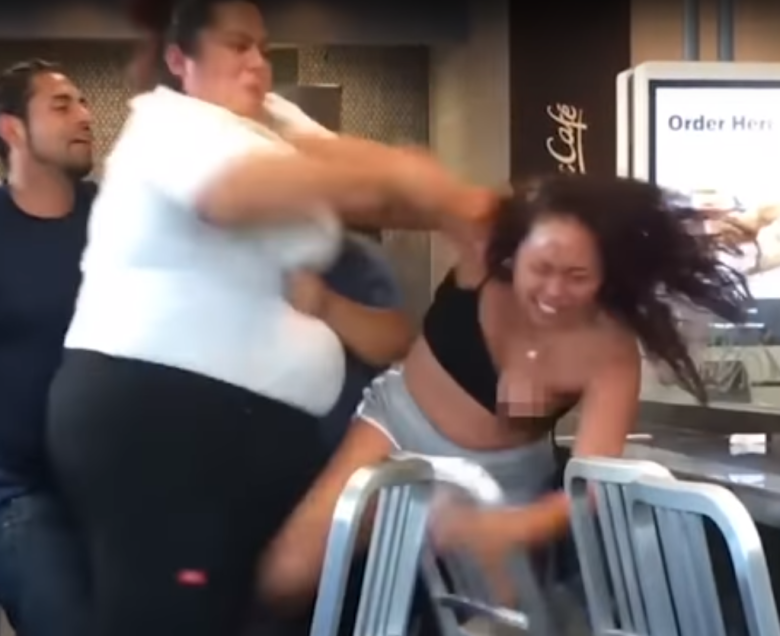 The original employee that was fighting the customer takes back over, throws the woman on the table again and starts shouting “you talk about my mom b–ch, my mama ain’t dead, you respect my mama.”

The employee starts to walk away before the customer comes after her again, this time brandishing a chair. The employee takes the chair, sets it back on the floor and walks away.

2. Fontelar Instagram is Filled with Half Nude Photos of Fontelar & Users Are Slamming Her in the Comments of Pictures She Posted From the Incident

Fontelar’s Instagram account is filled with partially, and some fully, nude selfies. Videos of the woman covered in body paint, posing in lingerie and sunbathing topless are abundant; however, the most recent pictures posted involved the incident at McDonald’s.

If Fontelar was looking for pity from her followers, she didn’t get it. After posting a screenshot of a story covering the incident, and screenshots of a conversation with somebody about the fight, the comments were flooded with people telling her she deserved the beating and that she should stop “playing the victim card.”

Other users defended here vehemently, claiming that despite the fact that Fontelar initiated the fight by throwing food and hitting Chavolla with a tray, she didn’t deserve to get thrown across a table.

callie_shoe@jammywammih said: “she (the waitress) come or and should have handled it in a MUCH better manner, and yeah she hit her with a tray but it’s because she take at her with obvious intentions to hurt her. She only threw a tray and food when the worker threw HER across TABLES and all around and pounded her really hard very very very violently.”

Fontelar claimed on social media she was charged with battery over the incident.

3. A Former Shift Supervisor and Cashier, Fontelar Studied Pharmacy at Pima Medical Institute & is From Sacramento

Fontelar’s Facebook shows several former jobs working in sales and cashier positions, and that she studied Pharmacy at Pima Medical Institute, and studied for her general education credits at College of Southern Nevada.

She posted a picture back in March with the caption “you gotta understand that everybody ain’t got the same heart and mind as you.”

Her profile also shows that she was married in 2016, and that she is currently in a relationship. She worked at various stores, including Footlocker and GAP, and says she was a “keyholder” and shift manager at Chinese Laundry Shoes.

Fontelar “liked” a variety pages on Facebook, including different personal blogs, magazines, musicians, actors and athletes. LeBron James, Jackie Taylor, and Drake were among some of the pages she follows.

Fontelar currently resides in Las Vegas, Nevada, but hails from Sacramento, California. She listed a nickname as “Briinnii” on her profile. 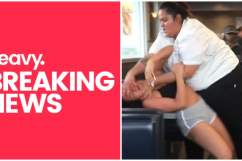 4. Chavolla Sustained a Cut to Her Hand From Punching Fontelar in the Teeth – “Don’t Talk About My Mama”

Chavolla said on Thursday that she didn’t lose her job at McDonald’s following the incident. She also showed a scratch on her hand where “she hit her in the teeth.”

“It’s crazy, people think just ’cause you’re working…'” she said in a video posted on Thursday. “I wasn’t even going to hit her. When there’s a big girl coming towards her, she started freaking out.”

“Dont talk about my momma!” she added, laughing.

Chavolla said she was surprised at how quickly the video went viral.

“That s–t was crazy, it went everywhere,” she said, adding that she had also seen some of the negative comments about her size. “I seen all the mean stuff they posting.”

McDonald’s said it is investigating the incident and “do not condone the behavior depicted in this video.”

5. Twitter Was Split Over The Fight, With Some Defending Chavolla & Others Claiming Chavolla Shouldn’t Have Fought Fontelar Over a Soda

Several users on Twitter backed the employee, asking McDonald’s to not fire her and claiming it was clear from the video that the customer started the confrontation. Some even told McDonald’s to give her a raise.

Donta Morrison wrote: “I truly hope this worker doesn’t lose her job behind this ignorant ‘wanna be entitled at McDonald’s’ chick.”

I don’t normally share fight videos. Nor do I condone violence, BUT let this be a lesson to those who start stuff they can’t finish. I truly hope this worker doesn’t lose her job behind this ignorant ‘wanna be entitled at McDonalds’ chick. https://t.co/fxQuiHzROE

“Are you f*cking kidding me? She stated the fight, what were the employees supposed to do? It was self defense from a horrible and entitle customer. Don’t start fights you can’t finish, and the customer is not always right!” Might Boy wrote.

Another Twitter user wrote: “If corporate fires the employee over the fight with the rude customer, that is very wrong on your part. They were defending themselves and the company. They should be rewarded for their actions. DO NOT FIRE OR ARREST THESE EMPLOYEES!!”

@McDonalds if corporate fires the employees over the fight with the rude customer, that is very wrong on your part. They were defending themselves and the company. They should be rewarded for their actions. DO NOT FIRE OR ARREST THESE EMPLOYEES!!!!

@McDonalds can the woman in the white shirt who got in the fight pleaseeeee be employee of the year? #mcdonalds #fight #whatwouldwendysdo

Others weren’t so impressed by the employee’s actions, stating she should be ashamed of herself, and fired immediately because a soda isn’t worth that kind of reaction.

SalemBlueCruz wrote: “those behemoths better be fired and I hope that girl sues too! All this over soda?!?”

.10 cent cup of soda, yep good reason for a fight. Probably first time in history of McDonalds this has happened .? #fireher

Someone should SUE and somebodies should be FIRED! Soda in a water cup is not the serious!!! I’m for sure TAG-TEAM BEATDOWNS by employees are against @McDonaldsCorp @McDonalds!!! Imagine a little kids seeing this!SMDH!!! https://t.co/jmNVIzQ71T

Other Twitter users did what the internet does best and churned out memes and McDonald’s puns.

“Did yall see that fight at McDonalds? I know [BurgerKing] was watching closely because that lady was throwing some whoppers,” Nick Russo wrote.

“Don’t think the one girl is ‘lovin’ it,'” another user posted.

Did yall see that fight at McDonalds? I know @BurgerKing was watching closely because that lady was throwing some whoppers.

McDonalds Friday Nite Fights. I’ll take that shake and raise you a beat down. This ain’t Burger King. You’ll have it my way bitch. https://t.co/6kpKnBpiFp 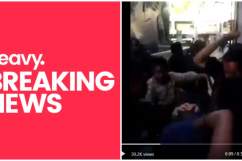 Loading more stories
wpDiscuz
0
0
Would love your thoughts, please comment.x
()
x
| Reply
Sabrinah Fontelar was identified as the woman in the video who was brutally beaten in a fight with a McDonald's employee that recently went viral.