Steven Kiley, a school principal in New York State, was identified as the man who barricaded himself in his home in an incident that led to the death of a state trooper known for his athletic prowess.

Steven Kiley was 43-years-old. The slain trooper was identified as Nicholas Clark, 29. Both Kiley and Clark were found dead at the scene in Erwin, New York.

You can read a tribute to Nicholas Clark’s life here.

Here’s what you need to know about Kiley:

1. The Call Was for a ‘Suicidal Subject’ Barricaded in His House

At about 3:30 a.m. on July 2, 2018, authorities responded to a call of a suicidal subject barricaded in his residence. During the course of the response, Trooper Nicholas Clark was killed, authorities said in a news conference, without providing further details.

Nick Clark, a proud member of the Long Gray Line with the New York Starr Police has died. Shot responding to a domestic violence call in Corning. He was in camp wth the @buffalobills and a state champion wrestler at Canisteo-Greenwood and all-American linebacker at @alfredu pic.twitter.com/Rezzjvd9Dn

The suspect was later found deceased in the residence from an apparent gunshot wound, authorities said. Authorities said in the news conference that Clark was killed in the response. A woman described as Steve Kiley’s estranged wife made the 911 call.

Kiley’s estranged wife told police “that he had stated he was thinking about suicide and might be armed,” said First Deputy Superintendent of State Police Chris Fiore at the press conference. Authorities tried to establish negotiations with Kiley but couldn’t reach him.

“Heartbroken to learn of the death in the line of duty of NYS Trooper Nicholas Clark, this morning. May God bless him, his family and our great @nyspolice,” U.S. Senator Chuck Schumer wrote on Twitter.

Kiley appears to have had a Facebook page, but it’s been deleted. Online records indicate that his wife also works in education. Her page, too, has been deleted. 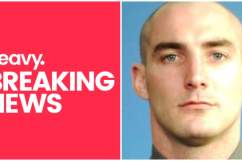 Nicholas Clark: A Tribute to the Slain New York Trooper

2. Kiley Was Listed as Principal for a Local School

According to The Associated Press, Steve Kiley “had been listed as principal of Bradford Central School District. A message left at the school was not immediately returned.”

A cache of the district’s website still shows part of Kiley’s biography, although it’s been deleted from the website. “Steve Kiley. Pre-K – 12 Principal. Bachelor of Science in Psychology Clarion University of Pennsylvania. Master of Science in Education/School Administration,” it reads.

Zoominfo captured some of the information from the deleted website. “Mr. Steve Kiley has been appointed as the Director of Pupil Services. Mr. Kiley earned his B.S. in Psychology at the Clarion University of Pennsylvania, and his Masters Degree in Education at the Edinboro University. He has over thirteen years of administrative experience in the general and special education areas,” it reads.

3. Nicholas Clark Was Remembered as a ‘Stellar Trooper With an Extraordinary Record’

Clark was 29 and lived in New York State in Troupsburg, which is located in Steuben County. He graduated from state police basic school in 2015. He is survived by his mother, father, and brother, authorities said in the news conference.

“This is a terrible loss for the New York State Police,” authorities said in the July 2, 2018 news conference.

My mom put some shelves up in "my corner" haha pic.twitter.com/iNmpU4YR

“To his mother, his father, and his brother, we hope you find peace in this senseless act of violence,” Governor Cuomo said, calling Clark “a stellar trooper with an extraordinary record. His whole life before him. Great athlete. Well-accomplished. He wanted to do one thing. Which is to help people….A situation like this makes no sense.”

4. Clark Was a Star Athlete Who Once Tried Out for the Buffalo Bills

According to The Associated Press, Nicholas Clark was a star athlete who once tried out for the Buffalo Bills. He “was a two-time state wrestling champion and standout football player who had a wrestling scholarship to the University of North Carolina, where he spent a year,” AP reported.

Clark tried out for the Bills shortly before becoming a trooper instead. “He transferred back here to the Bath barracks in August 2017, where he was very proud to serve the citizens that he called friends and neighbors, to try to give back to the community,” State Police Maj. Richard Allen said.

Clark’s Twitter page, which hasn’t been updated since 2013, reads, “2x All-American Alfred University linebacker with one goal, playing in the NFL.” Photos show him hunting, fishing, and spending time with friends.

“He was an outstanding athlete, a lifelong Steuben County resident, graduated from Canisteo Greenwood High School, a two-time state wrestling champion and a standout football player,” said Allen. “He had a scholarship to the University of North Carolina Greensboro as a [wrestler]. He attended there one year, and then he attended Alfred University, where he tried out for the Buffalo Bills, prior to coming to us.”

5. The County Executive Joined Other Officials in Mourning Clark’s Death

A procession of state police has ended here after a trooper from Troop E was killed in Corning this morning. pic.twitter.com/GNROGw6Q88

My heart breaks for the family of New York State Trooper Nicholas Clark, killed today in the line of duty just south of our area. Trooper Clark’s loss is a tragic reminder of the many dangers law enforcement officers face every time they put on the badge on our behalf. As we spend time with our own friends and family this week, may we all take time to recognize and appreciate the sacrifices made by those who serve in uniform to keep us safe, both at home and abroad. I ask that our entire community join me in keeping the Clark family and all New York State Troopers in our thoughts and prayers today and in the days to come.

The New York Post reported that Clark is the the 26th member of the New York State Police to die in the line of duty in the past 12 years. Last year, Trooper Joel Davis was killed while responding to a domestic incident.