Police say the jet that slammed into a home in Payson, Utah early Monday morning on August 13 was crashed intentionally. The pilot, who was killed, has been identified as Duane Youd. The house he crashed into was his own, that he reportedly bought about a year ago with his wife.

Youd was arrested hours before the crash on accusations of domestic violence. According to the Utah County Sheriff’s Office Corrections Bureau, he posted bail around 9:42 p.m. Sunday. According to the Payson Police department, Youd requested he be allowed to return home in order to pick up a few items. An officer was on hand while Youd retrieved some belongings and his vehicle back at the house, before leaving again.

Police told KUTV that Youd then stole the plane used in the crash, a twin-engine Cessna Citation 525, from the company he worked for, VanCon, and then flew it into his home. 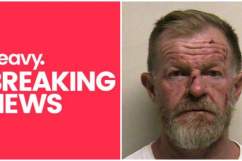 BREAKING: Police in Payson say the plane crash this morning was no accident. They say the pilot, Duane Youd appears to have intentionally crashed into his own home. He had been arrested a few hours earlier on domestic violence. He was killed —no one else was injured. @KSL5TV pic.twitter.com/Y3zEkkqxDi

Police Youd’s wife and her son were inside at the time of the crash. They managed to get out of the house without suffering any significant injuries.

Sgt. Noemi Sandoval explained to reporters that the crash could have been much worse. It appears the small plane clipped a shed on the way down, which caused it to hit the house at a lower angle than the pilot may have originally intended. The Cessna Citation 525 jet ended up slamming the front of the home, rather than the top. A more direct hit could have caused even more destruction and perhaps have caused injury to Sandy Youd and her son.

BREAKING UPDATE: @KSLChopper5 is above the scene of the plane that crashed into a house in Payson, UT. #Utah #kslam #nbc #breaking pic.twitter.com/dqs2JCqBls

A neighbor, Slade Buhler, told local news outlet the Gephardt Daily that he saw the plane fly over the neighborhood before circling back. He said the jet did not have its lights on as it flew overhead. He said the lights suddenly did come on right before the crash.

Buhler described hearing a loud explosion before seeing flames. The entire house became engulfed. The front of the house and the garage suffered extensive damage. The jet was also destroyed. Other neighbors told local reporters that they did not hear anything prior to the crash.

Payson Police urged people to avoid the areas as they investigated. The department shared on Facebook that many curious onlookers had been coming by to check out the scene, and warned that people “will be charged with trespassing etc. for entering this property without permission from the responsible parties.”

BREAKING: Viewer Brent Christensen took these photos of a plane that crashed into a home in Payson around 2:30 this morning. We have a crew on the way. pic.twitter.com/7loglrIrYi

As stated above, the small plane used in the crash was a twin-engine Cessna 525 Citation. Youd took the plane from the Spanish Fork Airport.