Judge Jospeh Kirby has found himself on the other side of the law. A lawsuit against the Ohio juvenile court judge was filed in federal court August 3.

The parents of three teenagers are named as the plaintiffs. They accuse him of discrimination against transgender children, as a result of his decisions to deny transgender adolescents to legally change their names. The families have brought the case to the 12th District Court of Appeals.

1. Judge Kirby is Accused of Discrimination in the Lawsuit

Judge Joseph Kirby was presented the lawsuit on August 3. The families involve accuse him of discrimination against transgender minors.

The parents of three teenagers are named in the lawsuit. They include the parents of one teenager whom Kirby has already denied a name change request. A second plaintiff has a hearing scheduled for August 14. The third plaintiff is a single parent who has not yet filed an official petition to change her child’s name. Two of the teenagers involved were 15 and the third is 17.

2. According to the Lawsuit, Judge Kirby Indicated One of the Teens Was Influenced by Caitlyn Jenner to Request a Name Change

Parents of three transgender teens sue Warren County judge to allow them to change their legal names from female to male. https://t.co/v77E44jc5x pic.twitter.com/EcmNSwt8p2

Cincinnati TV station WCPO obtained a copy of the lawsuit. The parents of the teen whom Judge Kirby already ruled against say the judge suggested that their child’s reasoning for wanting a name change was not sincere. Judge Kirby indicates the teenager had been influenced by Bruce Jenner’s decision to change his name to Caitlyn Jenner.

The TV station published exchanges between the judge and teen’s parents from that court hearing.

Judge: Well, explain to me the process. When did [child’s name} come to you and tell you that she associates herself as a boy?

Father: It was actually last August.

Judge: Kind of when he [Jenner] made the papers and everybody was doing it kind of thing?

Mother: No, I don’t believe so.

Judge: Was it about the time that it kind of made headlines about a year and a half ago? Everybody was talking about all the transgender transformations were coming out in the paper?… I just look at Bruce Jenner set the stage nationally for it, maybe even all of the world.

3. In That Initial Decision, Judge Kirby Said The Teen Could Request a Name Change as an Adult

A lawsuit claims a Warren County judge suggested a transgender teen was influenced by Caitlyn Jenner and wasn't sincere about his gender identity when the teen's parents requested to legally change their minor's name. The judge refused the request. https://t.co/v77E44jc5x pic.twitter.com/d2XOqOlQe6

Judge Joseph Kirby told the parents and the teen in the first case that she could request a name change as an adult. That’s according to a court transcript that was attached to the lawsuit, and shared by the Dayton Daily News.

The transcript read, “The court is sympathetic to the parents of the child and their desire to assuage their child. In essence, the court isn’t saying ‘no’ to the name change. The court is simply saying ‘not yet.’ Age. Develop. Mature.”

The lawsuit filed in federal court August 3 also lists other instances of transgender name request in Judge Kirby’s court. It found that Judge Kirby has granted name change requests from at least six adults. But he has denied similar request from at least three adolescents.

Attorney Josh Langdon is the co-counsel on the case representing the families of the transgender teens. He shared a statement on Facebook after filing the lawsuit against Judge Kirby in federal court. Langdon states that Judge Kirby “violated the equal protection rights of transgender teenagers” when he refused to allow them to legally change their names.

Langdon stressed that denying the name change can be dangerous for the teens. The statement reads, “Denying transgender children the ability to legally change their names until age 18 can lead to significant and irreparable harm, and increases their risk of being outed and bullied, having violence perpetrated against them, having depressive symptoms, and attempting suicide.”

We believe in equal rights and equal access for all people, regardless of gender identity. #HisNameIsElliott https://t.co/fRN11W81jm

The parents named in the federal lawsuit are not seeking financial damages. The suit states they want the federal court to declare Judge Kirby’s decisions unconstitutional.

5. Joseph Kirby Has Spent the Vast Majority of His Legal Career Behind the Bench

Joseph Kirby has been a judge for more than 20 years. He began his legal career after graduating from the Salmon P. Chase College of Law at Northern Kentucky University in 1995. He was admitted to practice law in November, 1995 by the Ohio Supreme Court.

According to his court bio, Kirby’s first assignment behind the bench was in 1996 at the Warren County Juvenile Court as a part-time magistrate. In 2005, he was named as the Area II Judge of Warren County Court by then-governor Bob Taft. He was re-elected to hat position in 2006 and 2012.

Judge Kirby had been presiding over the Warren County Probate/Juvenile Court since 2013. Governor John Kasich appointed him to the position. He was re-elected to the position in 2014. He did not have an opponent in that election.

In addition to his judge duties, Joseph Kirby also teaches criminal justice at Miami University Hamilton. He is also a veteran, having served in the United States Air Force Reserve. 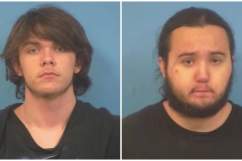 Read More
5 Fast Facts, Breaking News
Judge Joseph Kirby has been sued by the parents of transgender children, after he refused to allow them to legally change their names.