The lawyer for rapper 21 Savage said his client is a ‘Dreamer,’ who has been in the U.S. since he was in first grade and was not 12 when he arrived here from the U.K. as federal immigration officials said Sunday.

But his lawyer Charles H. Kuck said ICE information was wrong; he arrived when he was 7.

Attorney Charles H. Kuck said ICE also made a number of other incorrect statements about Abraham-Joseph.

His lawyer said 21 Savage is a ‘Dreamer.’ In other words, his client fits the criteria for Deferred Action for Childhood Arrivals, or DACA.

Kuck also said 21 Savage has not been convicted of a crime.

“Mr. Abraham-Joseph has no criminal convictions or charges under state or federal law and is free to seek relief from removal in immigration court. ICE provided incorrect information to the press when it claimed he had a criminal conviction.” 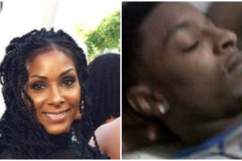 His Mother & 4 Siblings Have ‘Lawful Permanent’ US Resident Status & 21 Has 3 US Citizen Children. He’s Been in the US Since First Grade

The rapper “has exceptionally strong ties in the United States, having lived here since he was in the first grade,” his lawyer said. And, Kuck said his client’s mother and four sisters and brothers “are either US Citizens or lawful permanent residents.”

It’s not clear why his mother is a permanent legal resident and he is not.

“Because of his length of residence in the United States and his immediate relatives, Mr. Abraham-Joseph is eligible to
seek Cancellation of Removal from an Immigration Judge,” Kuck said. 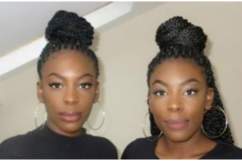 The claim is that when Abraham-Joseph filed a U visa application in 2017, the Department of Homeland Security knew his address. A U visa is given for victims of violence, for example. Kuck said 21 was "the victim of a deadly shooting in 2013." If the U visa was granted, he'd have permanent resident status.

"He has never hidden from DHS or any of its agencies," Kuck said adding his client "is not subject to mandatory detention under federal law and is eligible for bond." It's maintained in the statement that "bond should be granted by ICE when there is no flight risk or a danger to the
community."

Kuck said, ICE can and does grant bond and sets release conditions.

"There is no chance that Mr. Abraham-Joseph is a flight risk …(and) is not a 'danger' to the community as his acts of philanthropy and good will, as well as his music, continue to improve the communities from which he comes."

The campaign, first announced on The Ellen DeGeneres Show, includes a digital badge, 21 Savages’ money tips for young moguls, as well as the opportunity for young people to receive $1,000 from 21 Savage’s Leading by Example Foundation to start their own bank account and gain knowledge in financial literacy.

“My biggest record to date is called Bank Account. It’s ironic because growing up in Atlanta, I knew almost nothing about bank accounts,” he said of the launch. “Now that I do have money in my bank account, I want to help kids with a background similar to mine to get smart about their money.”

21 Savage has held his ISSA Back to School event for three years. School supplies, bookbags, shoes, clothes, uniforms and hair cuts and styling plus music, food, bouncy houses for kids; it’s a huge event that draws thousands of families.

He told Billboard magazine that, “Giving back to where I grew up means a lot to me. These kids need it and I use to be one of those kids. Being able to see someone from where u from make it and come back and genuine give back will motivate these kids to do the same for their kids and the community.”

The rapper also donated $10,000 to an elementary school to help fund their anti-bullying campaign and paid for the funeral of a young child killed in a drive-by.

His non-profit is called the Leading by Example Foundation.

21 Savage’s attorney said that while “Many have speculated as to possible ulterior motives for his arrest and detention, including that he released music five days prior to his arrest by ICE, which included new lyrics condemning the behavior of immigration officials for their detention of children at the border,” why his client was targeted is unknown.

The “A Lot” lyrics in question are: “Been through some things so I can’t imagine my kids stuck at the border / Flint still need water / People was innocent, couldn’t get lawyers.”

“We are unaware of why ICE apparently targeted Mr. Abraham-Joseph, but we will do everything possible to legally seek his release and pursue his available relief in immigration court.” 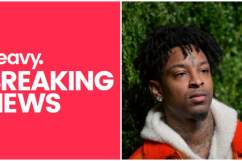 Read More
5 Fast Facts, Breaking News, Celebrities, Crime, Donald Trump, ICE, Music
Follow News ↓
21 Savage's lawyer says his client is a 'Dreamer,' who arrived in the US from the UK when he was in first grade, not age 12 and has no criminal convictions, as federal immigration have officials said.