Kevin McAleenan served as the Acting Secretary of Homeland Security for about six months following the resignation of Kirstjen Nielsen on April 7, 2019. He had previously served as the U.S. Customs and Border Protection Commissioner.

President Trump announced on October 11, 2019, that McAleenan had decided to resign in order to “spend more time with his family and go to the private sector.”

….Congratulations Kevin, on a job well done! I will be announcing the new Acting Secretary next week. Many wonderful candidates!

1, Kevin McAleenan Had Said the Situation at the Border Had Reached a ‘Breaking Point’

Kevin McAleenan has described the southern border as having reached a “breaking point.” He told reporters in El Paso, Texas on March 27, 2019 that there was an “unprecedented humanitarian and border security crisis.”

McAleenan explained that U.S. Customs and Border Protection could manage 4,000 people in its custody at any one time, but called that a high number. He described 6,000 detainees as representing a “crisis.” McAleenan said that that week, the border patrol had as many as 13,000 people in custody.

McAleenan said that the majority of people crossing the border were families from Central America who could not be “repatriated expeditiously.” He added that large numbers of the new immigrants would likely be released from custody because border patrol did not have enough beds to house them all. He said this meant that families would likely “remain in the U.S. indefinitely, regardless of the merits of their immigration or asylum claim.” McAleenan also expressed concern about illnesses that could spread within the detention centers, such as chickenpox, lice, and fevers.

During this news conference, McAleenan stated that 65 percent of the people crossing the border were families who willingly turned themselves into border patrol agents. He claimed that the other 35 percent are single adults and that many of them try to evade detection. He claimed that “within that flow are thousands of criminals, smugglers, gang members and public safety threats that we’re sworn to protect this country from.”

You can see the Border Patrol’s report on the number of crossings here.

In December of 2018, two immigrant children died while in the custody of the border patrol: Jakelin Caal Maquin and Felipe Alonzo-Gomez. McAleenan addressed their deaths in an interview with ABC News. He stated that his agents “did everything they could” to save the children’s lives and described their deaths as “devastating.”

McAleenan added that his department had begun conducting medical checks of all children who cross the border. He said he wanted to “change the system” so that border agents “have the capacity either with doctors, physicians assistants, paramedics, to do an initial intake check so that we know if a child is healthy as they arrive at the border and then make sure they get medical care if they need it.”

When asked if the federal government shared any responsibility for the deaths of Jakelin and Felipe, McAleenan did not say yes or no. He responded, “I think this is a multi-faceted problem that requires a multi-faceted solution… We need a sober-minded, non-partisan look at our immigration laws to really confront and grapple with the fact that children and families are coming into this cycle.”

McAleenan added in that interview that he supports investing in Central America and increasing financial aid in order to help those nations become safer. That conflicts with the Trump administration’s recent threat to cut off aid to Guatemala, El Salvador and Honduras.

3. Kevin McAleenan Helped Implement The Policy That Separated Thousands of Children From Their Parents at the Border

GettyU.S. Customs and Border Protection Commissioner Kevin McAleenan (R), and Brian Hastings, chief of operations of the US Border Patrol
brief the media on the 2019 migration statistics, on March 5, 2019 in Washington, DC.

Kevin McAleenan played an integral part in enforcing the administration’s family-separation policy at the border. The policy made headlines in 2018 and prompted fierce backlash across the United States as images of children being kept in detention centers became public. On June 20, 2018, President Trump backed off from the zero-tolerance policy by signing an executive order to end it.

In an interview with the New York Times in August of 2018, McAleenan stopped short of expressing any explicit remorse over the policy. When asked if he regretted the practice of removing children from their parents, he answered that border patrol has a responsibility to protect families and that the number of families crossing the border had increased significantly. He did not answer the question.

The Times asked McAleenan if he thought the policy had been inhumane. He answered, “It’s challenging for law-enforcement professionals when they see the individual impact of the actions they are asked to carry out.” But he also hinted that he believed the policy had worked as intended, stating that family crossings had gone down that summer. McAleenan added that it was his job to enforce the law, and that he had not been the one to draft the separation policy. “There was no intent for indefinite and certainly not permanent separation. There’s an intent to enforce the law at the border. And that’s not an individual agent’s decision. That comes from the top of the administration.”

4. McAleenan Has Supported the President’s Push For a Wall at the Southern Border But Clarified That He Was Pushing For More Than Just a ‘Dumb Barrier’

GettyU.S. Customs and Border Protection Commissioner Kevin McAleenan briefs the media on the 2019 migration statistics, on March 5, 2019 in Washington, DC.

Kevin McAleenan is a proponent of President Trump’s plan to build a wall on the border with Mexico. In an interview with ABC News in December of 2018, he stated that the president’s proposal was for more than just fencing.

He told the network, “What we’re talking about is not just a dumb barrier. We’re talking about sensors, cameras, lighting, access roads for our agents, a system that helps us secure that area of the border. That’s what we were asking Congress.”

McAleenan stressed that a barrier would help to stop drug trafficking, but added that more technological tools would be crucial in accomplishing that.

5. McAleenan Has Worked For U.S. Customs & Border Protection For the Majority of His Career

Kevin McAleenan was born on September 5, 1971, in Honolulu, Hawaii. He studied political science at Amherst College and played football there. He earned a law degree from the University of Chicago in 1998.

McAleenan first joined the U.S. Customs & Border Protection in 2001 as the Area Port Director for LAX and served as the Executive Director of the Office of AntiTerrorism. He stayed with that department until 2008.

After two years in the private sector, he returned to the Border Protection in 2010. McAleenan started as a Deputy Assistant Commissioner in the Office of Field Operations. He was named Assistant Commissioner in 2012 and explained on his LinkedIn profile that he was responsible for directing “CBP’s antiterrorism, immigration, anti-smuggling, trade compliance, and agriculture protection operations at 20 major field offices, 331 ports of entry, and 70 locations in over 40 countries internationally.” 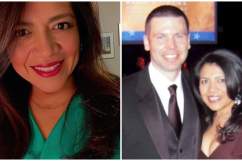