Luis Gomez, a journalist for Univision since 2006, has passed away after battling testicular cancer. He died on Saturday, April 6, 2019, surrounded by his family. Gomez was 40 years old.

Gomez used his platform to spread awareness about the disease through a documentary series called “Heart of Guerrero.” According to Univision, Gomez “never lost his sense of humor, his willingness to help others and his dedication to the work he loved so much.”

The network shared that Gomez kept working as long as he was physically able to do so. His last day at work was on March 25, less than two weeks prior to his passing. He is survived by his wife, Elizabeth.

Univision added, “Luis leaves a huge gap in the lives of all those who knew him. His departure is an incalculable loss to the Univision 41 News team, as well as to the public whose lives he managed to enlighten each morning.”

I was diagnosed a few days ago with cancer. Today the tumor was removed. I’m fighting and not alone, super Dr. wife making it all easy. pic.twitter.com/fZ3tQoXkO5

Luis Gomez was transparent with his audience about his battle with cancer. He was diagnosed in the fall of 2017 after disovering a lump. Gomez had surgery to remove a tumor from one of his testicles in October of 2017. He shared a picture with his wife, Elizabeth, writing, “super Dr. wife making it all easy.” Shortly afterward, Gomez ran the New York City Marathon.

He shared a picture from the race on November 8, 2017. Translated from Spanish, the message read, “Today @despiertamerica and the @drjuanjr segment will present a report made by @cgconforti about the battle against cancer that many of us live. Do not miss it, I have a message of strength.” That was Gomez’s last Instagram post for six months.

In late 2017, the doctors discovered that the cancer had spread to Gomez’s liver and lung. Gomez had to endure several weeks of chemotherapy in early 2018, and went into remission.

Gomez suffered a setback in May of 2018. Gomez shared on Twitter that his cancer had returned, writing, “we are already in total fight, with lots of encouragement and ready. Today I started chemotherapy and it will be a long process with still good hopes, let’s go for the cure yet!”

He began speaking publicly about his journey that summer in a YouTube series called “Heart de Guerrero.” The first video was posted on June 27, 2018, around the time he began a clinical trial that forced him to take a three-month break from work.

Gomez returned to Univision in September of 2018. Gomez told the Daily Mail that as long as he had breath, he would never stop fighting. “The message is very simple, the message is don’t stop living while you’re breathing.”

Luis Gomez had to go back under the knife in October of 2018. He shared images from the hospital and declared on October 10, 2018, that the doctors had removed the cancer.

Roughly translated from Spanish, Gomez wrote, “Today, with the help of God, of all of you and those who love me and have decided to approach, I want to thank you and point out at home after a very fast recovery that #CorazonDeGuerrero won a battle, the results of exams show no more cancer after surgeries I can not say that the war was won and I humbly tell them that I’m glad I’m still alive. It has been a complicated case but with the medical staff of #mskcc and the prayers and beautiful messages from you we have come this far, where many would believe that it was almost impossible. Now, this is an opportunity to tell my experience, and transmit good cheer despite the adversities, because we must continue while we breathe, and never die in life. Soon I will announce a project, with a team, I want and many of us want to help thousands of #CorazonesGuerreros, soon we will also see each other at Univision #AlDespertar New York. I love you very much, I encourage you to continue, Yes You Can!”

Gomez went back to work after the surgergy and appeared energetic and thrilled to be behind the anchor desk. Unfortunately, the cancer came back once again.

Gomez shared his final Instagram post on March 28, 2019. He had a smile for the camera and gave a thumbs up. Translated, the caption reads, “Dear and beautiful public, I have received innumerable messages of support and concern on your part because I have not been working these last days. Next Monday I will give a message during our editions of @univisionny And I will explain my reasons, they are related to my health. See you on Monday, I love you all.”

Luis Gomez was born in Mexico and attended Universidad Latinoamericana in Mexico City. He also earned a master’s degree in journalism and marketing from the Universidad Complutense de Madrid in Spain, according to his professional Facebook page.

Gomez previously worked as a newspaper reporter for the company Grupo Reforma in Mexico. He moved to the United States in 2006 when he began working for Univision. According to his Linkedin profile, Gomez began his Univision career as a reporter and anchor in Austin, Texas.

He moved to Houston in 2011 and was transferred to New York City in March of 2014. Gomez joined the morning news team as one of the main anchors in February of 2017. 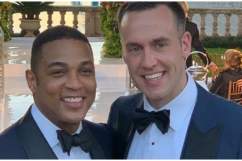