Etika, a popular YouTube star, was found dead the evening of June 24, 2019 after reports surfaced that the NYPD found a body matching Etika’s description. The gamer, 29, whose real name is Daniel Desmond Amofah, was reported missing six days ago. His body was pulled from the water near the Manhattan Bridge, the New York Police Department confirmed.

Before he disappeared, Etika had posted a video on YouTube that left his family and friends worried about his well-being, according to police. In the 8-minute long goodbye video, the YouTube star apologized to loved ones he said he “disappointed” and discussed his mental health issues.

“You know I wasn’t suicidal before — I really wasn’t,” he said in the since-deleted video. “But one thing I didn’t realize was that the walls were closing around me so fast. I really had no intention of killing myself but I’d always push it too far,” he continued. “I guess I am mentally ill.”

Etika is survived by his parents and younger brother. Here’s what we know about Etika’s family:

1. Etika Often Posted Video Tributes to His Mother on YouTube

Etika often posted tribute videos to his mother Sabrina on YouTube, although there is little else publicly known about the woman. Etika has admitted that he had a rocky relationship with his mother in the past, but the two had apparently worked through their issues over the last few years as he began his career.

“Damn man, I don’t know what I’d do if I lost my mom,” he says in the video above. “Me and my mom in the past were not on the greatest of terms. Since I found my footing and I’ve been able to do what I love as a career, things have changed. I love her so much, and I don’t know what I would do if I were to lose my mom.”

2. His Father is a Politician in Ghana Who is Known for Injuring the Former President of Ghana

HellOo instaram here's #myfirstpost. :) I'm here to connect with you all great people.

According to Wikitubia, Etika’s father, Emmanuel Owuraku Amofah, is a politician in Ghana and is known for previously injuring the former president of Ghana, Jerry Rawlings. Amofah served as a Deputy of Tourism under President Rawlings, and after the two had an argument, Amofah allegedly slammed a door on Rawlings’ fingers, injuring him. He went into self-imposed exile in the U.S. after the incident, where he then became the Magistrate Judge in Staten Island, New York, according to Wikipedia.

“He is known for allegedly slamming the door on Jerry Rawlings’ fingers, injuring him,” the site states. “Jerry Rawlings is the former president of Ghana. Not much is known about Desmond’s mother.”

3. His Father Was an Attorney as Well as a Politician

The best and most beautiful things in life cannot be seen, not be touched, but are felt in the heart. You were born with the ability to change someone's life.. don't waste it. #lovewithoutlimits and #keepyoursmile

Amofah was also a lawyer from Kibi who served as a member of the Parliament of Ghana for Abuakwa Central constituency from 1992 to 1996, according to Wikipedia. He is a former deputy tourism minister and deputy communication minister.

In 1992, Amofah founded the Every Ghanaian Living Everywhere Party, which no longer exists today. During his career as a lawyer, Amofah worked in New York City as the CEO of Parking Tickets Busters, a ticket-broker business, as well as an attorney at Amofah Law Firm.

Amofah’s Twitter account states that he was going to run for president of Ghana, although he hasn’t updated the account since 2015. His most recent post is a video of his son Etika, who is dancing vivaciously and singing a spoof song about lying. The video is captioned “When they say I won’t be president of Ghana.” 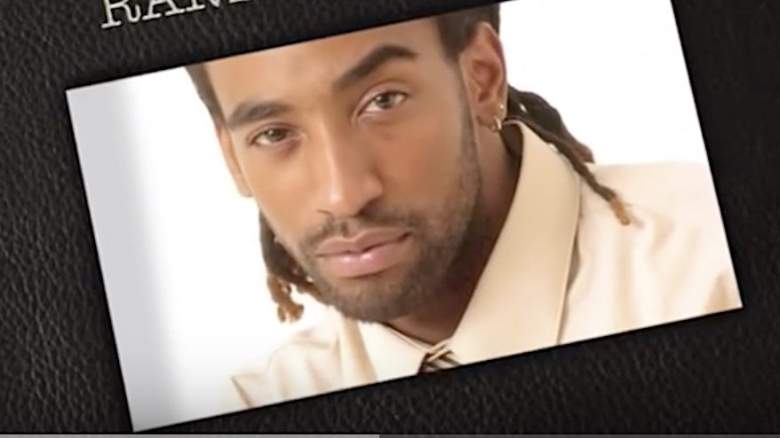 Etika lost his old brother Randy Amofah on October 31, 2010. Although Randy’s cause of death is unclear at this time, Etika has posted tributes to his late brother on social media in the past.

“God every time I think about it, it hits me that we will NEVER see him again, and I feel so crazy. My big brother died in 2010, so I know,” Etika wrote.

There’s a full tribute video to Randy on You Tube, which you can watch here. The video includes a 4-minute stream of family photos, many of which include Etika, while P. Diddy’s “I’ll Be Missing You,” plays in the background.

Etika’s younger brother is a 26-year-old graduate student based in New Jersey. Before Etika was confirmed dead, his brother told the New York Post, “I love my brother. I hope he didn’t get hurt. I am hoping and wishing for the best.”

His younger brother, who asked the New York Post to remain anonymous, said he hadn’t spoken much with his brother in the last year, but when they did, “He didn’t show any sign of depression.”

If you or someone you know needs help, call the National Suicide Prevention Lifeline 24/7 at 1-800-273-8255. Or chat online at http://www.suicidepreventionlifeline.org

Loading more stories
wpDiscuz
0
0
Would love your thoughts, please comment.x
()
x
| Reply
Etika, a popular YouTuber who was confirmed dead on June 24, 2019, is survived by his parents and younger brother. Here's what we know about his family.