Prince Andrew, the Duke of York and the son of Queen Elizabeth II, is accused of having sex with underage girls who were part of convicted pedophile Jeffrey Epstein’s alleged sex ring.

He sat down with BBC for an interview about the allegations last week. It’s the first time he’s spoken publicly about his relationship with Epstein. Since that interview aired, Prince Andrew has been relieved of his royal duties.

1. Prince Andrew Gave His First Interview About the Jeffrey Epstein Scandal to BBC and Said His Conduct Was Not ‘Becoming of a Member of the Royal Family’

BBC Newsnight’s Emily Maitlis conducted an interview with Prince Andrew, the Duke of York, at Buckingham Palace that aired on Friday, November 15. Prince Andrew said that his relationship with Jeffrey Epstein was “not something that was becoming of a member of the Royal Family.”

“I stayed with him and that’s [something] I kick myself for on a daily basis because it was not something that was becoming of a member of the royal family and we try and uphold the highest standards and practices and I let the side down, simple as that,” he told BBC.

Jeffrey Epstein died in a New York City jail in August. New York City officials said he took his own life, but there has been speculation that he did not commit suicide and was murdered behind bars.

The corrections officers who guarded Jeffrey Epstein’s unit the night he died have rejected a plea deal from federal prosecutors. W/ ⁦@rebeccadobrien⁩, scooped by the great ⁦@MikeBalsamo1⁩ https://t.co/bRg0yqxFrS 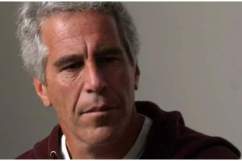 This is the first public interview Prince Andrew has given since the allegations were made against him. In August, he released a statement after Epstein died saying that “during the time I knew him, I saw him infrequently and probably no more than only once or twice a year.”

“I have stayed in a number of his residences. At no stage during the limited time I spent with him did I see, witness or suspect any behaviour of the sort that subsequently led to his arrest and conviction,” he said, according to BBC.

Prince Andrew said his relationship with Epstein had “some seriously beneficial outcomes.”

“The people that I met and the opportunities that I was given to learn, either by him or because of him, were actually very useful,” he said.

He said he tried to end the relationship in 2010, after Epstein was convicted of prostituting a minor. “I took the judgement call that because this was serious, and I felt that doing it over the telephone was the chicken’s way of doing it, I had to go and see him and talk to him,” he told BBC. 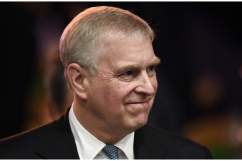 Prince Andrew’s Net Worth 2019: 5 Fast Facts You Need to Know

2. U.S. Court Papers Filed Against Jeffrey Epstein in 2015 Named a Prince As a Having Sex With a Minor

In 2015, a Florida court filing said a lawsuit brought by women who claimed they were sexually abused by Jeffrey Epstein named a prince who was a person who also exploited them for sexual purposes.

“The document – a motion to expand an ongoing lawsuit relating to prosecutors’ handling of Epstein’s case with two new plaintiffs – alleges that the woman “was forced to have sexual relations with this prince when she was a minor” in London, New York and on a private Caribbean island owned by Epstein,” The Guardian reported.

The girl, Virginia Roberts, was said to be 17 at the time. Prince Andrew, who said he first met Epstein in 1999, told BBC he has “no recollection” of meeting her.

“I have no recollection of ever meeting this lady, none whatsoever,” he said. 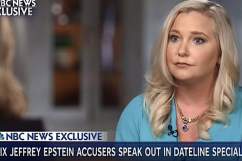 “Prince Andrew was not party to the proceedings. Instead he was named in papers, filed in a motion in a Florida court, as part of evidence relating to a wider case involving Epstein.” In another allegation, a woman called Johanna Sjoberg alleged that the prince touched her breast while they sat on a couch in Epstein’s Manhattan apartment in 2001 in documents from a defamation case, BBC reported.

Prince Andrew says he has 'no recollection' of meeting an American woman who has accused the royal of sexual assault, but says he regrets staying with Epstein. https://t.co/ykGroLM5a4 pic.twitter.com/KZA20fHB3U

Prince Andrew told BBC that he last met with Ghislaine Maxwell, a British socialite accused of recruiting young girls for Jeffrey Epstein, earlier this year but they did not talk about the scandal. “She was here doing some rally,” he said. “There wasn’t anything to discuss about him because he wasn’t in the news, you know, it was just… we had moved on.” 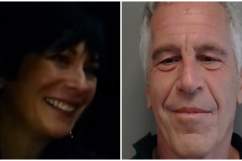 3. Prince Andrew Is the Son of Queen Elizabeth II and Is 8th In Line of the Succession to the British Throne

Prince Andrew, the Duke of York, and Sarah Ferguson, the Duchess of York, with the staff at Government House in 1988. Wikimedia Commons

According to the official British Royal website, Prince Andrew, who was born Andrew Albert Christian Edward, is the Duke of York and is eighth in line to the throne, behind Prince Charles, Prince William and Prince Harry.

“The succession to the throne is regulated not only through descent, but also by Parliamentary statute,” the website says.

Prince Andrew’s friendship with Jeffrey Epstein began when he was introduced to Epstein by Ghislaine Maxwell, a British socialite and Epstein’s girlfriend at the time, The Guardian reported in 2015.

In August, British Prime Minister Boris Johnson defended Prince Andrew. “Let me tell you something, I’ve worked with Prince Andrew, I’ve seen the good he has been able to do for UK business overseas and other than that I have no comment,” the prime minister told ITV News. “I have no comment, or indeed no knowledge of this other stuff.”

On Wednesday Prince Andrew stepped down from his royal duties, saying in an official statement on the Royal Family’s website: “It has become clear to me over the last few days that the circumstances relating to my former association with Jeffrey Epstein has become a major disruption to my family’s work and the valuable work going on in the many organisations and charities that I am proud to support.

“Therefore, I have asked Her Majesty if I may step back from public duties for the foreseeable future, and she has given her permission, Prince Andrew said. “I continue to unequivocally regret my ill-judged association with Jeffrey Epstein. His suicide has left many unanswered questions, particularly for his victims, and I deeply sympathise with everyone who has been affected and wants some form of closure. I can only hope that, in time, they will be able to rebuild their lives. Of course, I am willing to help any appropriate law enforcement agency with their investigations, if required.”

4. Prince Andrew Was Married to Sarah Ferguson, the Duchess of York, and They Have Two Daughters Together

Prince Andrew married Sarah Ferguson at Westminster Abbey in 1986. They have two daughters, Beatrice and Eugenie. The couple divorced in 1996.

In an Instagram post ahead of Prince Andrew’s BBC interview, Sarah Ferguson posted a message of support for her ex-husband, saying she is with him “every step of the way.”

It is so rare to meet people that are able to speak from their hearts with honesty and pure real truth, that remain steadfast and strong to their beliefs. Andrew is a true and real gentleman and is stoically steadfast to not only his duty but also his kindness and goodness of always seeing the best in people. I am deeply supportive and proud of this giant of a principled man, that dares to put his shoulder to the wind and stands firm with his sense of honour and truth. For so many years he has gone about his duties for Great Britain and The Monarch. It is time for Andrew to stand firm now, and that he has, and I am with him every step of the way and that is my honour. We have always walked tall and strong, he for me and me for him. We are the best examples of joint parenting, with both our girls and I go back to my three C’s .. Communicate Compromise Compassion @hrhthedukeofyork

Sarah Ferguson married Prince Andrew in 1986, five years after Princess Diana married Prince Charles in what was billed “the wedding of the century.”

5. Prince Andrew Served in the Royal Air Force for 22 Years

Prince Andrew served in the Royal Air Force from 1979 to 2001, according to his official bio. He flew missions as a helicopter pilot in the Falkland Islands.

Prince Andrew told The Telegraph in 2014 that he had a few close calls while serving in the Falklands. “It’s not particularly nice being shot at and I can attest to that,” he said.

Prince Andrew used his service in the Falklands to refute charges that he had sex with an underage girl, who later claimed he was very sweaty during the encounter.

“I didn’t sweat at the time because I had suffered what I would describe as an overdose of adrenaline in the Falklands War, when I was shot at,” he said. “It was almost impossible for me to sweat.”

After his marriage 1986 , Prince Andrew was named the Duke of York and became an Helicopter Warfare Instructor.

“Following 22-years of service with the Royal Navy, The Duke also has an active interest in supporting military organisations and charities,” his official bio says.

Loading more stories
wpDiscuz
0
0
Would love your thoughts, please comment.x
()
x
| Reply
Prince Andrew, the Duke of York and the son of Queen Elizabeth II, is accused of having sex with underage girls who were part of convicted pedophile Jeffrey Epstein's alleged underage sex ring. He sat down with BBC for an interview about the allegations. Here's what you need to know.