A black transgender woman was viciously attacked earlier this week in Minneapolis, Minnesota, and it was caught on video. A mob of over a dozen cisgender men attacked 21-year-old Iyanna Dior at a gas station. Dior was attacked after a car accident, according to Rolling Stone.

In the graphic video, the large group of men is seen punching and kicking Dior outside of the gas station’s store while calling her homophobic slurs. Dior doesn’t get any relief until she runs behind the counter and the employees come to her defense, separating her from her attackers. 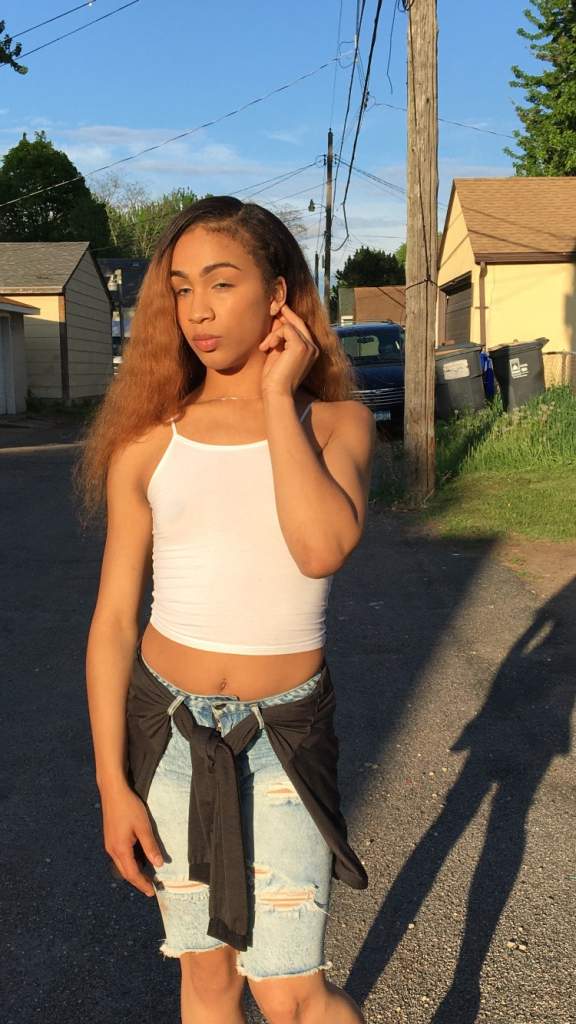 Facebook/Iyanna DiorIyanna Dior, a 21-year-old transgender woman who was attacked by over a dozen men in Minneapolis, Minnesota.

Dior later went live on Facebook and said she sustained minor injuries after the attack, including scratches on her forehead, swelling on her arm and knots and swelling on her face.

Dior also posted a status after the video of her attack began to circulate on social media and promised that she would talk about what happened to “real soon.”

“I just need some time to process everything that’s going on. Thanks to everyone reaching out making sure I’m Ok,” Dior wrote in a Facebook status after the incident.

Here’s the video of her attack, but watch at your own risk.

Writer and activist Janet Mock, who is also transgender, sent a compassionate message to Dior via social media:

“Iyanna Dior. Sis, you’re still standing,” she wrote on Instagram. “I praise and uplift you. I’m sending you the strength of your sisters still standing too — and the ones who no longer could. They deserve rest, and we speak their names too. Iyanna, you are a black trans woman. What a gift! Don’t let nobody tell you otherwise.”

She also encouraged readers to remember that black trans lives matter, too.

“Our fight for black lives will not be in sacrifice of you or our sisters,” she continued. “We must stop centering cisgender heterosexual men and their needs. We will not ignore the violence some of these men enact on you, our sisters’ and our siblings’ lives. If Black lives matter then Black trans lives should matter as well.”

“That video of a trans woman being beaten by multiple black men is ABSOLUTELY DISGUSTING and at a time like this???????,” she tweeted. “Do f*****g better BLACK TRANS LIVES MATTER TOO.”

Dior’s attack comes a week after the city of Minneapolis came into national attention due to the death of George Floyd. Floyd, 46, died after former Minneapolis police officer Derek Chauvin kneeled into his neck for eight minutes and 46 seconds during an arrest after it was suspected that Floyd used a counterfeit $20 bill. Protests have not only erupted in Minneapolis, but also in New York City, Atlanta, Philadelphia, Nashville, Los Angeles, Oakland and London. Rioting, fires, looting and shootings have occurred in these cities as well.

Loading more stories
wpDiscuz
0
0
Would love your thoughts, please comment.x
()
x
| Reply
Iyanna Dior, 21, was attacked by over a dozen men at a Minneapolis gas station.