Twitter Twin girls were found at the scene of a homicide in Miami, Florida.

Police have arrested a suspect after safely recovering twin baby girls at the scene of a homicide in Pompano Beach, Florida, on June 22, according to the Broward Sheriff’s Office.

According to Broward County Sheriff’s Office records, Pompano Beach police arrested Philip Edwards, 31, on June 22. He is charged with second-degree murder with a firearm, possession of a firearm by a convicted felon, two counts of child neglect “without great bodily harm” and a misdemeanor probation violation. NBC 6 South Florida reported that “Edwards was being held without bond.” 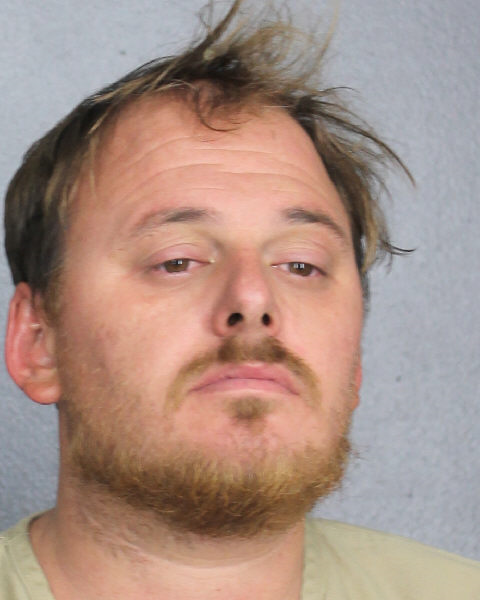 The South Florida Sun Sentinel reported that an unidentified woman had been fatally shot at around 5:15 a.m. on Monday, June 22, at Palm Aire Gardens North, in the 600 block of Gardens Drive at Pompano Beach.

The girls, who police said are under a year old, were found by police with the dead woman when they arrived at the apartment.

Broward Sheriff’s Office officials said the “twin infant girls believed to be related to the victim were … located in the home unharmed. The kids have been turned over to the Florida Department of Children and Families,” according to NBC Miami.

The Twins’ Relationship to the Victim Remains Unclear

Currently, we have crime scene and homicide detectives on scene investigating the circumstances behind this death.

We did locate two infant twins inside the residence. We can confirm they are related to the victim, however, we cannot confirm the relationship.

NBC’s Vanessa Morales posted video on Twitter of Broward Sheriff’s deputies at the scene. It shows the deputies holding the twin girls, both clad in pink outfits, and bouncing them in the air.

Neighbors Said the Incident Was ‘Terrifying’

News network Local 10 spoke to neighbors in the area where the fatality occurred. Local resident Mark Snyder said it was “pretty terrifying that it happened so close because this is our building right here,” though WSVN reported that neighbors didn’t hear gunshots.

Broward Sheriff deputies said someone inside the house made the 911 call to report the shooting. According to Local 10, “neighbors expressed their sorrow” and their concern that the toddlers may have witnessed the killing:

‘Assuming those kids — that was their mom – that’s really … I hope they didn’t see it happen. That’s really sad,’ Marissa Snyder said.

Investigators were seen questioning several people inside of the crime scene area – an unusual site for neighbors.

WSVN News reported Marissa Snyder as saying, “I work with children, so that actually makes me … it makes me really sad. We’ve lived here for about six years now, and I always felt that it was a safe place to live, and now I kind of feel nervous about the fact that somebody was murdered … ’cause we live right there.”

Neighbors said they often saw the twins in the home with their mother and a man they say was her boyfriend, but the family kept to themselves, the Daily Mail reported.

An Unrelated Triple Shooting Was Being Investigated

While the Pompano Beach shooting where the twin girls were discovered was being treated as an isolated incident, a reported triple shooting that took place seven hours earlier in Miami, resulted in the death of a 26-year-old woman, Khadijah Robinson, according to WSVN.

WSVN said Latronda Robinson was “searching for answers after police detectives said someone killed her daughter … near 61st Street and 14th Avenue.”

Another man who was “shot several times” and a man who was shot in the arm had both ended up in hospital, according to the news outlet.

Police are asking for the public’s help as they investigate the Miami shooting. Anyone with information can contact the Miami-Dade Crime Stoppers at 305-471-TIPS and may be eligible for a $3,000 reward, according to WSVN.