Some Americans would be eligible for $10,000 a month in economic relief if the Monthly Economic Crisis Support Act stimulus plan makes it through Congress. The bill was introduced in May by Senators Kamala Harris, Bernie Sanders and Ed Markey. It proposes monthly recurring payments to Americans until the coronavirus pandemic is over — and for families of five or more, it could mean a monthly payment of $10,000.

This stimulus proposal did not receive much support when it was introduced: Republicans and Democrats alike have posed concerns about the cost of such a plan. But as the pandemic has continued to wage war on the U.S. economy, support for monthly payments has risen. In early July, a group of 156 economists wrote an open letter in support of the idea. And now, with Harris on the shortlist for vice president on Joe Biden’s ticket, it’s entirely possible that her stimulus plans could come to fruition.

Who Is Eligible for Kamala Harris’ Stimulus Plan? Who Would Receive $10,000 a Month?

Congress must immediately pass my bill with @BernieSanders and @EdMarkey to get $2,000 a month in Americans' hands.

We need direct monthly cash payments and we need them now.https://t.co/q9Tc17td0u

According to the act’s one pager, this proposal would send $2,000 per month to individuals and $4,000 to married couples who file jointly, along with an additional $2,000 per child, up to three children. Any individual earning under $120,000 would be eligible; the payments would be reduced for income over $100,000 for individuals, or $200,000 for married couples.

That means that a married couple with a combined income of $200,000 or less with three or more children would receive $10,000 a month. They would not have to have Social Security numbers or to have filed a tax return recently, both stipulations that were requirements in the first round of stimulus payments.

The proposed plan could actually offer families much more than $10,000 in their first check because the act also promises retroactive payments back to March, when the pandemic began.

Markey confirmed in August that the retroactive nature of this bill still applies, many months later. He tweeted, “My bill with @kamalaharris and @berniesanders to give everyone $2,000/month until the end of this crisis (and 3 months after) is retroactive to March. Working families deserve this money. Let’s get that $12,000 into their pockets ASAP, and then keep the money flowing.”

By this calculation, a family of five could receive over $50,000 in their first stimulus relief check, if this plan passes.

How Likely Are Monthly Stimulus Payments? 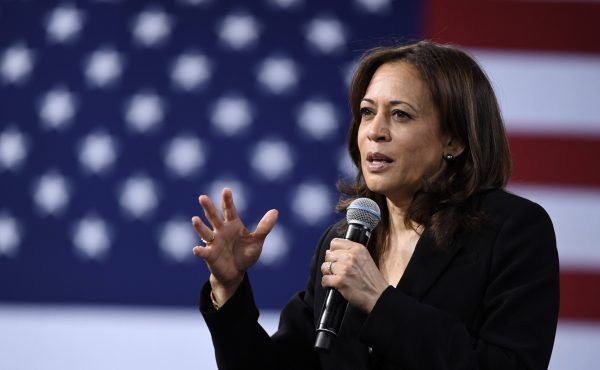 The current atmosphere in Congress is not friendly to the idea of monthly recurring payments for the American people. Republican and Democratic lawmakers haven’t yet been able to compromise on the details of the HEALS Act, and that proposal would provide much less financial support to the American people.

However, the notion of a monthly stimulus payment has gained support over the summer.

In early July, a group of 156 economists penned an open letter to the U.S. government, urging it to continue providing financial relief to the American people in the form of direct cash payments. Further rounds of stimulus payments are “essential,” the group wrote, in order to hasten the country’s economic recovery.

The letter, published on July 11 and titled “Open letter from economists on automatic triggers for cast stimulus payments,” reads in part:

Regular, lasting direct stimulus payments will boost consumer spending, driving the economic recovery and shortening the recession. Right now, most Americans are just trying to keep their heads above water. The first round of economic impact payments were a lifeline that helped some get by for a few weeks — early research shows that people are spending the stimulus checks quickly and on essentials — but the worst is not over. Consumer spending accounts for about two-thirds of GDP, so reviving the economy will require sustained efforts to strengthen it. Even after businesses start to re-open and jobs begin to come back, there will be significant economic fallout, and demand will continue to lag if people don’t have money to spend. Regular direct stimulus payments tied to economic indicators will help families stay afloat and drive economic activity.

If Biden chooses Harris as his pick for vice president, you can expect to see much more conversation around Harris’ proposed stimulus plan.

Read More
Breaking News, Coronavirus
wpDiscuz
0
0
Would love your thoughts, please comment.x
()
x
| Reply
Here’s what you need to know about which Americans would be eligible for a monthly $10,000 check, based on Kamala Harris’ stimulus proposal.