Northeastern/Getty Jason Duhaime is accused of lying about a bomb exploding at Northeastern University in an academic building, pictured right, where he worked.

Jason Duhaime is a former Northeastern University employee who staged an explosion and bomb hoax at the Boston school in September 2022, federal authorities say. Duhaime was arrested on October 4, 2022, in San Antonio, Texas, on federal charges, according to the U.S. Attorney for the District of Massachusetts Rachael Rollins.

Duhaime, 45, “was charged with one count of intentionally conveying false and misleading information related to an explosive device and one count of making materially false statements to a federal law enforcement agent,” according to a press release from the U.S. Attorney’s Office. “Duhaime was arrested this morning in the Western District of Texas and will appear in federal court in Boston at a later date.” Duhaime could not be reached for comment by Heavy and it is not clear if he has hired an attorney.

Duhaime called 911 on September 13, 2022, about 7 p.m. to report he had been injured in a blast at the lab where he worked at Northeastern, according to the press release. Emergency responders rushed to the scene and a large part of the campus was evacuated as a precaution. Northeastern University Police sent out campus-wide alerts warning of an “explosion,” prosecutors said.

“During subsequent interviews with law enforcement, Duhaime allegedly provided statements about the incident that were consistent with his report to the 911 operator. He expressly denied fabricating his story about the case, the letter and his injuries,” prosecutors said in the release. “The charges of intentionally conveying false and misleading information related to an explosive device and making materially false statements to a federal law enforcement agent each provide for a sentence of up to five years in prison, up to three years of supervised release and a fine of up to $250,000. Sentences are imposed by a federal district court judge based upon the U.S. Sentencing Guidelines and statutes which govern the determination of a sentence in a criminal case.”

Here’s what you need to know about Jason Duhaime:

A post shared by Northeastern’s School of Journalism (@nu_journalism)

Jason Duhaime worked as the new technology manager and director of the Immersive Media Lab at Northeastern University. According to his now-deleted biography on the school’s website, “Jason supports students and faculty on how to use specialized technology, both in the computer labs as well as in the classroom. He manages and supports the Virtual / Augmented Reality and 360 immersive technology for the College. He is responsible for integrating large scale projects that implement new technologies for CAMD.

The website added that Duhaime, “Manages and supports the operation and training of new technology in labs. Working with and training students and faculty on their Virtual / Augmented Reality and 360 immersive projects, through classroom workshops and or one on one training sessions. Provides technical Instructional Design and Training and Support for all of CAMD.”

According to his LinkedIn profile, Duhaime, who has a degree in applied computer science, has worked at Northeastern since 2014. On LinkedIn, Duhaime also said he has worked in technical support for more than 25 years. He said on LinkedIn that during his time at Northeastern he has, “Presented to Ericsson, Pearson, and other company execs as part of their professional education in VR/AR/360.”

He said on LinkedIn, his tasks at Northeastern included to, “Perform break/fix for computer hardware and software; Review all hardware and software licensing and contracts; Provide Faculty/Staff consultation on technology purchases for academics/research; Determine client’s technical support needs and provide solutions to meet their needs; Account management of 100 Steam accounts for the Game Library, for all Game Design Classes; Provide IT Event support: For annual Global Game Jam, PAX, RISE & Game Showcase; Responsible for COVID technology plan for the labs.”

According to an Instagram post, Duhaime worked in game design before his time at Northeastern. He said about the VR/AR lab, “The new lab is to support about 650 students and faculty using this technology throughout the year. We have about 18 stations up here. We have the oculus rift, the Google cardboard and other Google equipment, the Microsoft halogens, and more. [Some journalism students] got to use this equipment through ‘Terminal 3.’ The director of ‘Terminal 3’ agreed to licence it to us. It’s been great, and another side of what we do up here. Students are going through an experience teaching them about Islamophobia and interviewing different people. Notes on Blindness is an immersive storytelling piece in the VR headsets as well. We’ve had people crying. It becomes an emotional response because they’ve never had that sort of experience.”

2. Duhaime Claimed a ‘Pelican’ Case Exploded, but Investigators Said Evidence at the Scene Didn’t Match Up With What He Told Them, According to Prosecutors

According to the charging documents, which can be read in full here, Duhaime told 911 dispatchers “he was injured by ‘sharp’ objects expelled from a plastic case he opened inside the Lab that evening. Specifically, it is alleged that Duhaime told the 911 operator that he and a Northeastern student who was working in the Lab had collected several packages from a mail area earlier that evening and brought them into the Lab. Among the packages were two ‘Pelican’ cases, which Duhaime brought into a storage closet inside the Lab.”

Prosecutors said, “Duhaime allegedly told the 911 operator that when he opened one of the cases inside the closet, “very sharp” objects flew out of the case and under his shirt sleeves, causing injuries to his arms. It is further alleged that Duhaime also reported that the case contained an anonymous ‘violent note’ directed at the Lab.”

According to the press release, “The reports and concern about the second unopened ‘Pelican’ case triggered a significant law enforcement response that included, among other things, the assistance of two law enforcement bomb squads, the evacuation of a large portion of Northeastern’s Boston campus. Numerous campus-wide alerts were issued by the Northeastern University Police Department – one of which described an ‘explosion.'”

Prosecutors added, “According to court documents unsealed today, responding local and federal law enforcement observed that the case described by Duhaime to the 911 operator was empty and undamaged. Neither the case nor the letter that Duhaime said was inside the case showed any indication of having been exposed to a forceful or explosive discharge of any type or magnitude. Additionally, the storage closet appeared normal and bomb technicians did not observe any small objects or suspicious debris on the floor or elsewhere.”

3. Duhaime Said the Package That Exploded Included a Letter Talking About the Lab’s Work, Along With the Metaverse & Facebook’s Mark Zuckerberg, but Prosecutors Say an Exact Copy of the Letter Was Found on Duhaime’s Computer

It reads like a bad imitation of your crazy uncle's email manifestos about an imminent VR hellscape.

"iiit is to destroy US all AS A SOCITY [sic]"

According to the press release from the U.S. Attorney’s Office, “Forensic analysis of one of the computers seized during a Sept. 14, 2022 search of Duhaime’s office at Northeastern University allegedly revealed a word-for-word electronic copy of the letter stored in a backup folder. According to court documents, the metadata associated with this file reflected a ‘Created Date/Time’ of Sept. 13, 2022, at 2:57 p.m. and a ‘Last Printed Date/Time’ of Sept. 13, 2022, at 4:02 p.m.”

The letter, which can be read above, was addressed to the “lab manager of the VR lab” and dated 9/12/22. It said, “It has come to our attention that this VR lab is trying to change us as a world! trying to get us to live in a world that we only communicate through headsets and live in a land called the METEVERSE! That we have computers paint pictures through AI!!!!!! You are trying to change the fabric of the ideology of a peoplee! Trying to get us all to live inside a virtual f***** world!!!!!! You are not the creator!!!!!!!!! You think you are!!!! We know you are the anti-christ sent to this world to change everything!!!! We will stop you!!!”

The letter also said the lab was “working with Mr. Mark Zuckerberg and the US government … We saw at the headquarters Marks communications….We know he has employed your MSO team and you are secretly travelling to see him and give him test results … We know that he hands you secret documents to travel back with … We are sick and tired of the craziness that you are building and using us all as human test subjects!!!!!!!!!!”

The letter also said, “If you don’t stop this work we will have to destroy the labs and the MSO! … Take notice!!! You have 2 months to take operations down or else!!!!!! WE ARE WATCHING YOU.”

4. Duhaime Denied Faking the Explosion in an Interview With The Boston Globe

Prosecutors said, “During subsequent interviews with law enforcement, Duhaime allegedly provided statements about the incident that were consistent with his report to the 911 operator. He expressly denied fabricating his story about the case, the letter and his injuries.” Duhaime also denied any role in the explosion in an interview with The Boston Globe published September 14.

“I did not stage this, in no way shape or form. … They need to catch the guy that did this. It’s a very traumatic thing that has occurred so [I’m] shaken up. … I’m not doing so good,” he told The Globe. “I love the college. I’ve worked there for eight years, and supported faculty and students. This is crazy. …I cannot believe people are spreading rumors about this.”

Northeastern University said in a statement to The Huntington News, the university’s independent student newspaper, “Knowing what we know now about this incident, we would like to make it clear that there was never any danger to the Northeastern community,” the statement reads. “As always, the safety of our students, faculty, and staff is our highest priority.” Northeastern confirmed Duhaime is no longer an employee there, the newspaper reported.

At a press conference announcing Duhaime’s arrest, Rollins said, “This alleged conduct is disturbing to say the least. Our city, more than most, knows all too well that a report or threat of an explosion is a very serious matter and necessitates an immediate and significant law enforcement response given the potential devastation that can ensue.”

Rollins added, “Mr. Duhaime’s 911 call on September 13 did in fact generate an enormous law enforcement response and resulted in the evacuation of a large portion of the Northeastern campus and the understandable panic among many Northeastern students, faculty and staff. And Northeastern is located in a community. The residents of Boston that live and work near Northeastern University experienced this situation as well and were afraid.” Rollins said she couldn’t comment on a possible motive as to why Duhaime “fabricated the incident.”

Special Agent in Charge of the FBI’s Boston Division Joseph Bonavolonta said at the press conference, “We believe Mr. Duhaime wanted to be the victim. But instead victimized his entire community by instilling fear at college campuses in Massachusetts and beyond. As a result of the alleged hoax orchestrated by Duhaime, a massive law enforcement response ensued. …but ultimately no explosive devices were found.”

Bonavolonta added, “What Jason Duhaime is accused of doing is cause for concern on several levels. Throughout the course of our investigation we believe he repeatedly lied to us about what happened inside the lab, faked his injuries and wrote a rambling letter directed at the lab threatening more violence.” 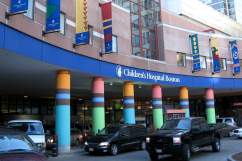