We scoured the Internet for the 10 most funny YouTube videos we could find. There’s a lot of variety here: some of the humor is physical, some intellectual, and some are just plain stupid. Still, it’s all funny and that’s really what matters.

10. Man Puts House Up for Sale but Insists “No Asians.”

Racism isn’t funny, but this is.

No AsiansNo Asians! Before you get angry you really need to watch the whole of this video before posting a comment! This clip was taken from a show like AFV.2007-12-17T20:53:23.000Z

Why are you filming your television, weirdo?

8. Hell No: The Sensible Horror Film by PixelsPerSecond

HELL NO: The Sensible Horror FilmImagine a realm where the most horrifying terrors of the underworld emerge to wreak bloody vengeance upon any who… hmm? what's that? you wanna go literally anywhere else? yeah, good idea let's get out of here Directed by Joe Nicolosi Written by Joe Nicolosi and John Freiler Produced by Stephanie Noone Exe. Produced by Arts…2013-10-15T13:50:07.000Z 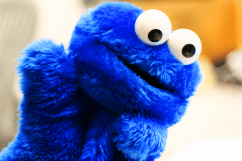 7. Seeing His Wife for the First Time Again by Jason Mortenson

Jason, in his forgetful state, gets to see his wife for the first time again and finds himself instantly in love, and wanting to see her butt.

6. Penguin Falls Among Penguins. Their Reaction is Priceless.

Classic, relatable, and an amazing ending.

4. Girl is White Girl Wasted After Having Her Wisdom Teeth Removed

That moment when she realizes her hat disappeared.

I’m just thankful no one punches her in the face. 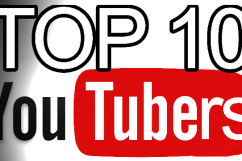 2. Oprah and Paula Deen Eat and Converse in Slow Motion.

He’s the hero of suburbia, and he’s funnier than anything we’ve seen on Vine — or this year — yet.

Got a funnier video? Post it in the comments section below!

Read More
Funny Videos, Youtube
It's been a good year for funny videos, and we guarantee you haven't seen all of these.