The sales that are going on all over the internet right now almost seem endless … but they are. On Thanksgiving through Black Friday, the deals in stores have continued to go on and now Cyber Monday has hit. For many stores and online sites, Cyber Monday started at midnight, Sunday night, November 27, 2016 and they will last until midnight tonight. However, various stores are extending their sales throughout the week, which is known as Cyber Week. So, be sure to check with a specific site about the details on their start and end times. Here is a list of examples for certain sites below.

Best Buy: For Best Buy, their website states that sale prices may extend beyond the sale period. It also states that the site is unable to accept call-in orders or check availability on items that are already marked as “Sold Out.”

Forever 21: Forever 21 is offering 21% off on all orders today only when using the promo code “CYBER21”.

Home Depot: Home Depot is featuring deals that are just good for today as well as throughout the week for their Cyber Week. The site also has a promotion for “most orders over $45” with free shipping.

Macy’s: Macy’s has several deals going on. Until tonight at midnight, there is free shipping for orders over $25. In addition, they are extending some sales for their own Cyber Week through November 30, 2016. These deals are 25 – 40% off clearance items. Additional sales will take place in store locations until December 1, 2016.

Sears: Sears has several Cyber Monday deals and doorbusters. Some deals will end tonight, while others will be extended online and in-store through Tuesday. For an extra 20 – 25% off your purchase, use the promo code CYBER for your online purchases.

Target: According to Target, you can save an extra 15% off on items both in-store and online today.

Walmart: Walmart is featuring a ton of Cyber Monday deals and you can click here to check them out.

According to TimeAndDate.com, Cyber Monday first came about in 2005 and was observed as a marketing tool. In addition, the website lists the upcoming Cyber Mondays for the next few years. 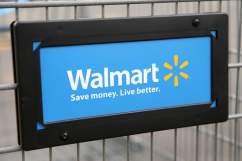 Read More
Cyber Monday
When does Cyber Monday 2016 end? What time did it start and when is it over? What is Cyber Week?