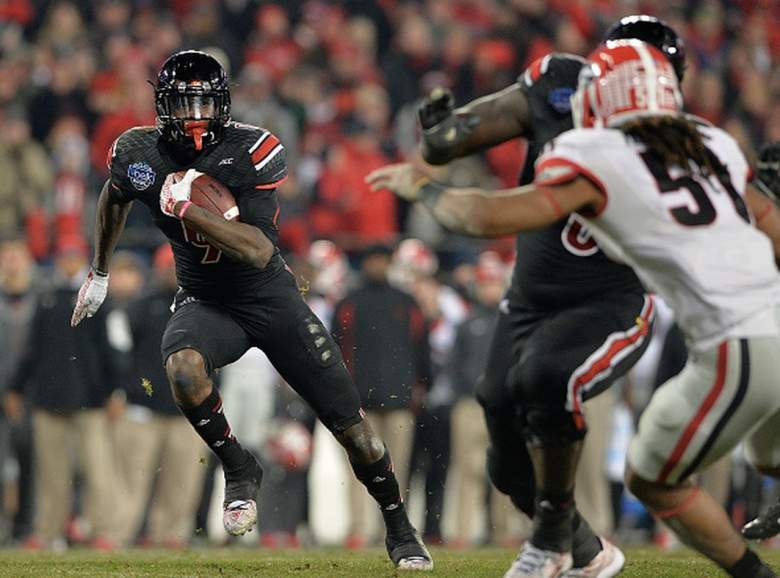 Louisville – a team that wasn’t overpowering, but definitely wasn’t weak either. The Cardinals were a squad that stuck around, and wide receiver DeVante Parker is reflective of that.

With the wide receiver position being one of the hardest to predict in the NFL Draft because of the depth and talent in the class and the historic fact that teams tend to opt towards selecting them early in the second round, Parker is one that falls into this category and should be a name to get familiar with.

1. He Tied the School Receptions Record 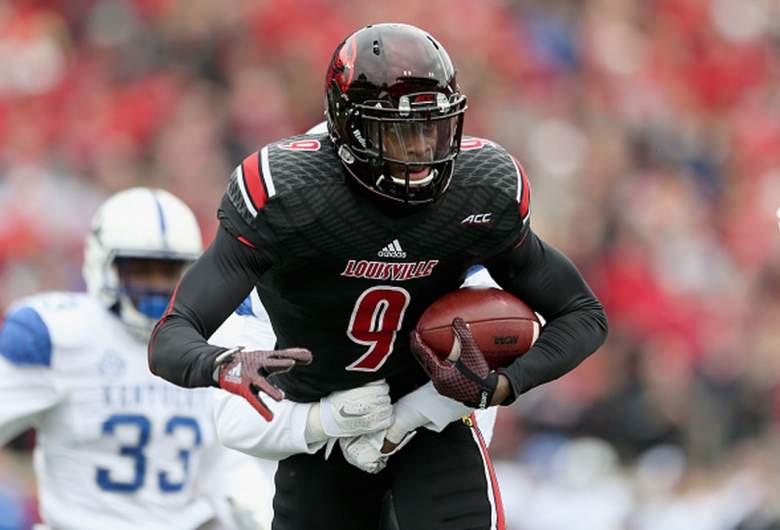 Despite being riddled with a foot injury that sidelined him for the first seven games of his senior season, Parker caught 43 passes for 855 yards and five touchdowns in the six games following his return. With the performance, Parker was named as Second-Team All-ACC and he tied the school record for career touchdown receptions with 33 and had 10 100-yard games in his career.

As a junior, Parker finished with 55 receptions for 885 yards and tied a school record with 12 touchdowns. In 2013, Parker led the team with 744 yards receiving and 10 touchdown receptions – the most by a Cardinals player in a season since 1998. That same year, he also had a touchdown in six straight games to end the season.

According to ESPN, Parker is projected to go as the 14th pick in the first round.

If that is the case, the 6-foot-2, Louisville, Kentucky would be leaving his home state and town for the Sunshine State. He would be Miami bound to join the Dolphins organization. James Walker said:

The Dolphins were hoping one of the top three receivers would fall to No. 14 and were fortunate to snag Louisville’s Parker in that spot. Parker has all the physical tools to develop into a topflight receiver and is a big target for quarterback Ryan Tannehill.

3. His Dad Was a Running Back for Louisville 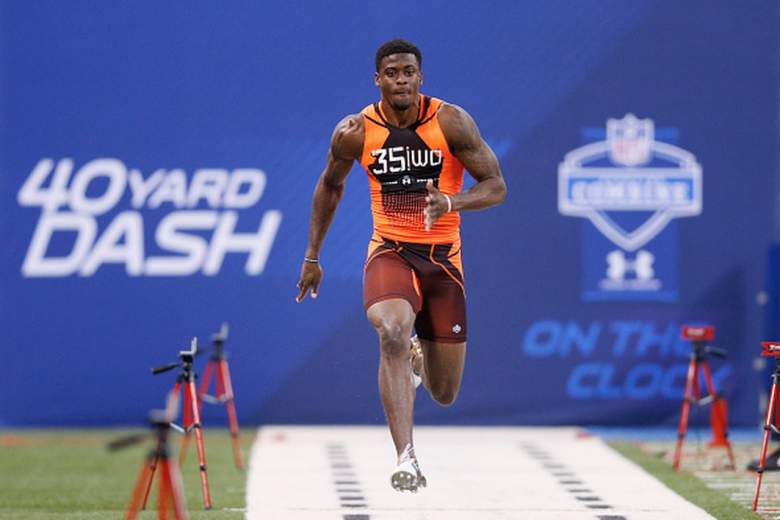 Parker is the son of Raneca Parker and former Louisville running back Anthony Shelman. His father still holds several spots in the Cardinals’ record book. 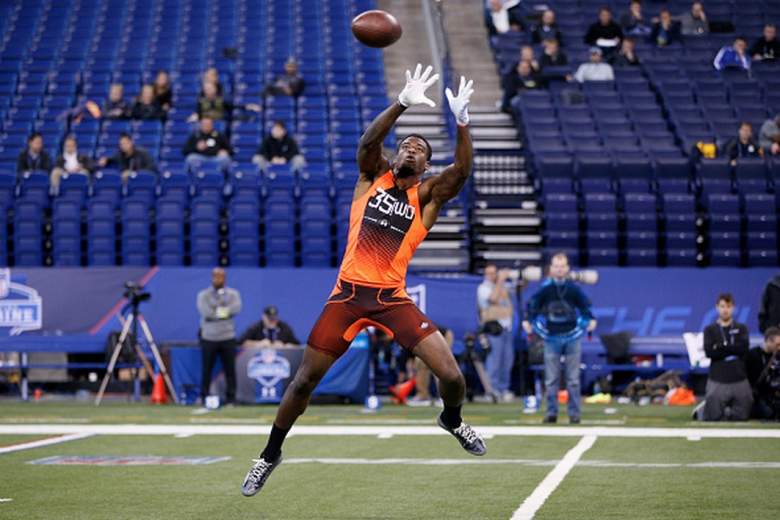 Believe it or not, Parker wasn’t even ranked in the top 20 coming out of high school. According to Scout.com, he was ranked No. 26. Rivals had him ranked as the 77th-best wide receiver nationally by Rivals.com and the fifth-best player in the Kentucky postseason top 10.

He received scholarship offers from Kentucky, Indiana and UCF, but obviously chose Louisville instead. And now he’s gone from being only as high as 26th in the nation coming out of high school to a projected No. 14 in the 2015 NFL Draft.

5. He Has a Daughter 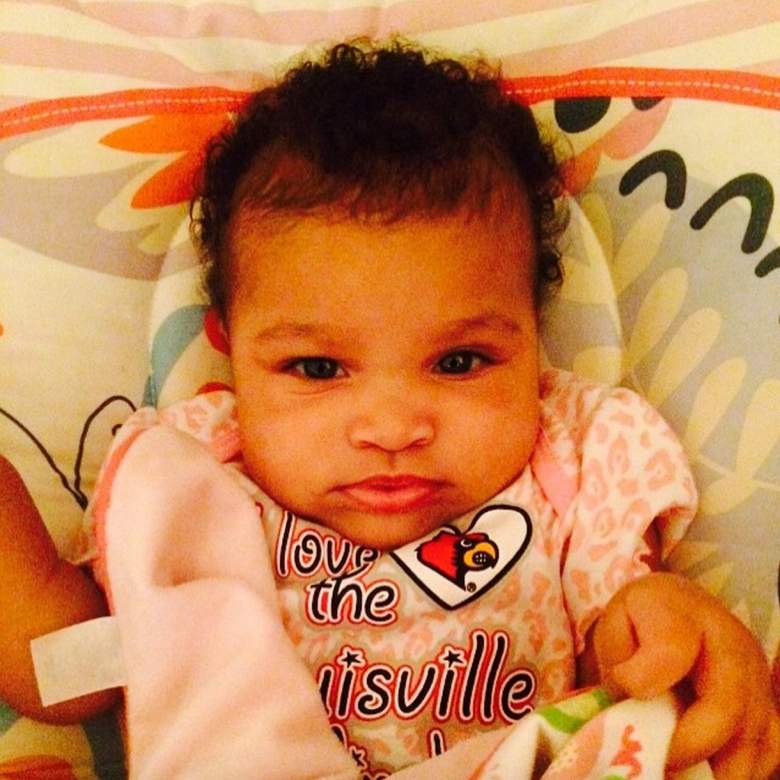 Parker looks to have a newborn baby girl. According to his Instagram, the photos of his daughter date back only two months. Still no name released in any of the photo captions, but plenty of daddy-daughter moments to see. 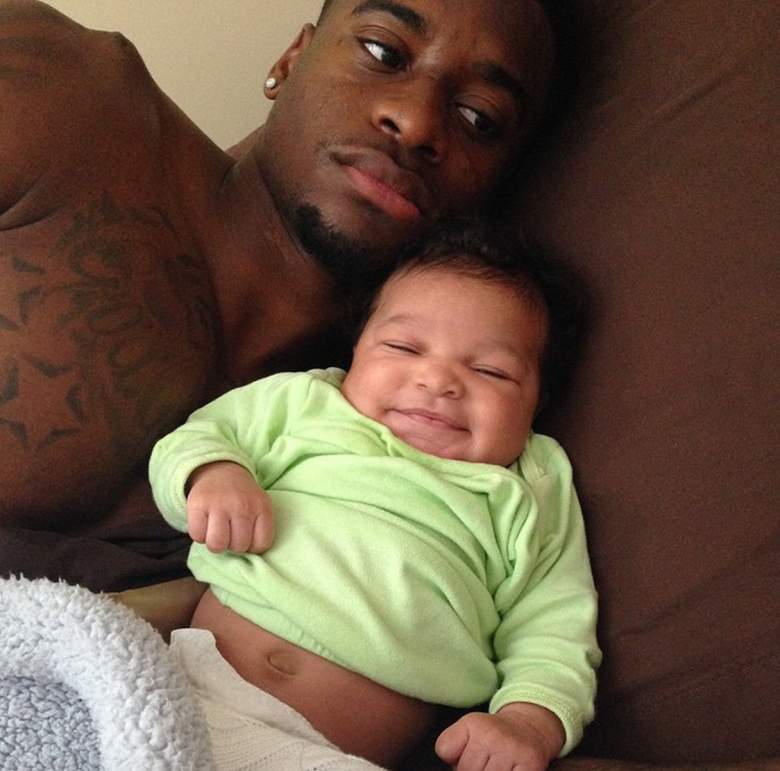