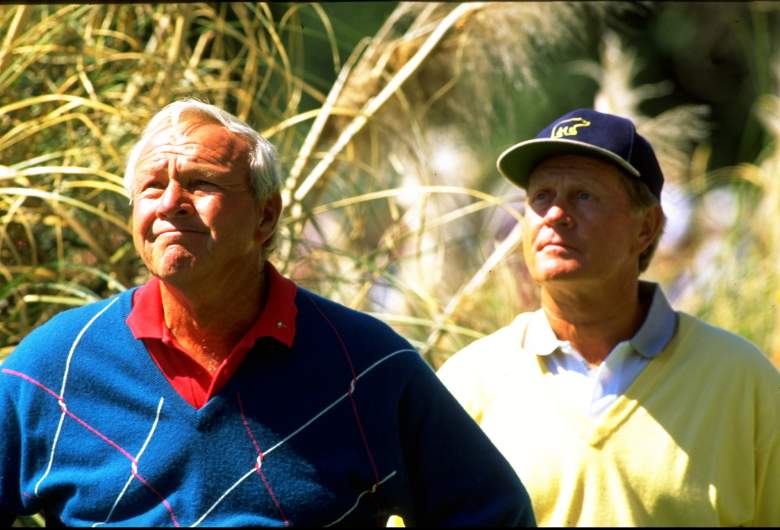 Arnold Palmer (left) and Jack Nicklaus both have wire-to-wire wins at the Masters. (Getty)

Editors note: Interested in making $1 million playing fantasy golf? Of course you are. And thanks to Heavy’s partners at DraftKings, you can. With the $2.5 Millionaire Maker fantasy contest, you can turn your $20 into $1 million with golf’s second major of the season. Pick 6 golfers with your $50,000 salary cap; the better your players do on the course, the better your fantasy team does. The contest begins Thursday, June 18, at 6 a.m. Eastern. Sign up with DraftKings today for your chance to win some major money playing fantasy golf.

The Masters Wire-to-Wire Club just got a new member.

With a dominating performance, Jordan Spieth became just the fifth player in the history of the tournament to get a wire-to-wire victory, carding an 18-under 270, tying the course record set by Tiger Woods in 1997.

Spieth held off Justin Rose and Phil Mickelson, who each finished 4 shots back at 14-under 274.

So who are the other wire-to-wire winners at the Masters?

The first one to accomplish the feat was Craig Wood in 1941.

Then two players you may have heard of – Arnold Palmer and Jack Nicklaus – led all four rounds to get victories in 1960 and 1972, respectively.

The last time the feat was accomplished before Spieth’s epic run was in 1976 by Raymond Floyd.

Spieth had already cemented himself in Masters history.

One record he didn’t break is being the youngest player to win the prestigious major. That honor goes to Woods, who was 21 years, 3 months and 14 days when he won by 12 strokes (that’s a record, too) in 1997. Spieth will be 22 in 3 months.

But considering Spieth was the guest of honor at the green jacket ceremony, I doubt he cares much about that one.

Spieth probably isn’t shocked he won. When he was 14 he said his goal was to win a Masters. But he said nothing about wire-to-wire.

A 14-year old Jordan Spieth said he will win @TheMasters one day…7 years later he is just one round from the dream: http://t.co/ybK5KvrW37

Wire-to-Wire Champions at the Masters 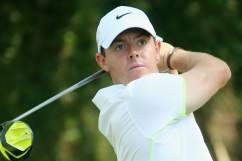