The 2015-16 regular season is in the books. After the Penguins hoisted the Stanley Cup on Sunday night, the 2016 playoffs are also now history.

This season had a lot of interesting moments, from discussion surrounding the lack of scoring throughout the league, to witnessing San Jose’s first appearance in the Stanley Cup Final.

To avoid hockey-deprivation, let’s take a look at the 2016-17 season. Because as we all know, it’s never too early for power rankings.

Read on for a look at our round up of the top 10 teams heading into the offseason.
(Getty) 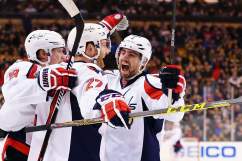 Read More
Hockey, NHL
The 2015-16 regular season is in the books and as we all know, it's never too early to look ahead. Check out what teams are topping our NHL power rankings.