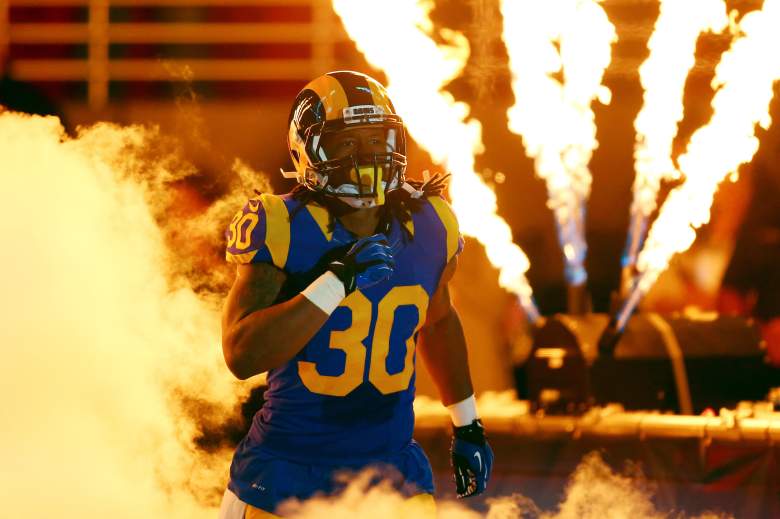 Todd Gurley and the Rams take on the Broncos tonight. (Getty)

The Los Angeles Rams take on the Denver Broncos tonight at 9 p.m. Eastern. The game will be broadcast locally by both team’s affiliates.

TV Channel: The game will be broadcast by both teams local affiliates. For the Rams, this includes KCBS CBS-2 (Los Angeles), KVVU FOX-5 (Las Vegas), KMYU My-12 (Salt Lake City) and KBFX FOX-58 (Bakersfield). On the Broncos side, stations broadcasting the game include KTVD My-20 (Denver), KKTV CBS-11 (Colorado Springs), KJCT ABC-8 (Grand Junction, CO) and KUCW CW-30 (Salt Lake City). Click here for a full list of both teams affiliates that will be broadcasting tonight’s game.

Line: Broncos by 5 (Odds courtesy of OddsShark and are subject to change.)

Game Preview: The Rams take on the Broncos in NFL preseason Week 3. It is the most important game of the preseason as it serves as a dress rehearsal for the regular season with the starters taking the majority of the snaps in the game.

Both teams are trying to sort out the quarterback position. Denver has three quarterbacks in the mix with Trevor Siemian, Mark Sanchez and Paxton Lynch. Siemian and Sanchez have received the majority of the reps but have not stood out in the first two games. Lynch has flashed in both games, but it has happened against the opposing teams’ backups. He has also been playing with the Broncos backup players, and it will be interesting to see if Denver gives him reps with the first team offense to see how he does.

For Los Angeles, Case Keenum is looking like he will start over rookie quarterback Jared Goff. Goff has had mixed results early in the preseason, but it would be surprising if Goff did not earn the starting position at some point during the regular season.