Getty Porter Moser is having the best March ever, leading Loyola Chicago into the national spotlight.

Porter Moser and the Loyola Chicago men’s basketball team are ready to take over the sport’s world.

And, so far, they’re doing a pretty good job. The squad has become the darling of this year’s NCAA Tournament, capturing final-second victories and sinking last-second shots with a flair for the dramatic that has led to headlines and spotlights and a few memes about Sister Jean.

But, through it all, Moser has done his best to keep things as normal as possible. After all, the Ramblers coach always knew his team was capable of a run and they’re not quite done yet. Here’s everything you need to know about Moser: 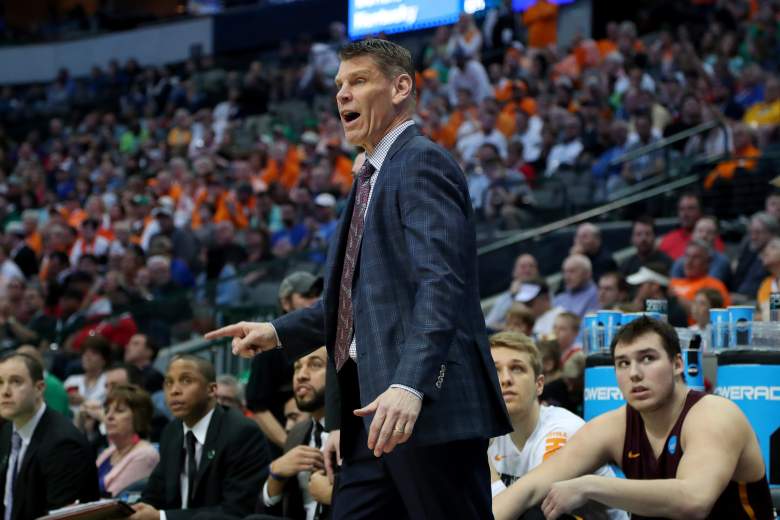 ‌Moser made history in Chicago – even before the Ramblers improbable NCAA Tournament run.

He entered this season, his seventh with the squad, just 11 wins shy of becoming the sixth coach in the school’s history to win 100 games and Loyola’s 57 wins over the last three seasons were the most in nearly three decades.

Loyola earned its first postseason berth since 1985 under Moser, competing in the in the College Basketball Invitational in 2015 and notching seven wins over Power 5, Big East or Mountain West conference schools that season. He also led the Ramblers to an 18-win season in 2016-17, their best finish in the Missouri Valley Conference standings since joining the league.

Moser has made it clear just how much he’s enjoyed his time on the sidelines at Loyola, telling the USA Today:

It all started with a vision. We got a lot of flak when we joined the Missouri Valley (in 2013) and now to have won the CBI tournament (in 2015) and the regular-season championship this year, it shows we’ve stayed true to that vision. Selflessness is a huge part of having a great culture, and their chemistry off the court has a lot to do with it. You don’t have our type of offense with guys going out there and trying to get theirs.

Prior to taking over the reigns at Loyola, Moser worked as an assistant at Saint Louis from 2007 to 2011 and head coach at Arkansas-Little Rock from 2000 to 2003. He also spent time at Texas A&M, Milwaukee and his alma mater Creighton.

2. Loyola & Moser Are Reportedly in Talks for a New Contract

Moser has had one of the bests months a college coach could have and, according to the Chicago Sun Times, is slated to meet with the Loyola Chicago athletic department to discuss a new contract.

Ramblers athletic director Steve Watson said there have been talks for the last few weeks, adding, “We started talking about an extension and ripping up the old contract and doing something a little different. Obviously, [we’re] focusing on Thursday’s game, but we’ve been talking about his contract.”

Watson wouldn’t get into specifics, but did tell the Sun Times “We want Porter to be our coach for a long, long time.”

Moser signed a five-year contract extension after last season, keeping him with Loyola through the 2021-2022 season and, per the school’s latest “990” tax form, was paid paid a base salary of $420,211 from mid-2015 through mid-2016. That was a more than $35,000 pay increase from the previous year and while Watson didn’t comment on a potential raise, it’s same to assume Moser will get a bit more money for leading the Ramblers to the Elite Eight and a national spotlight. 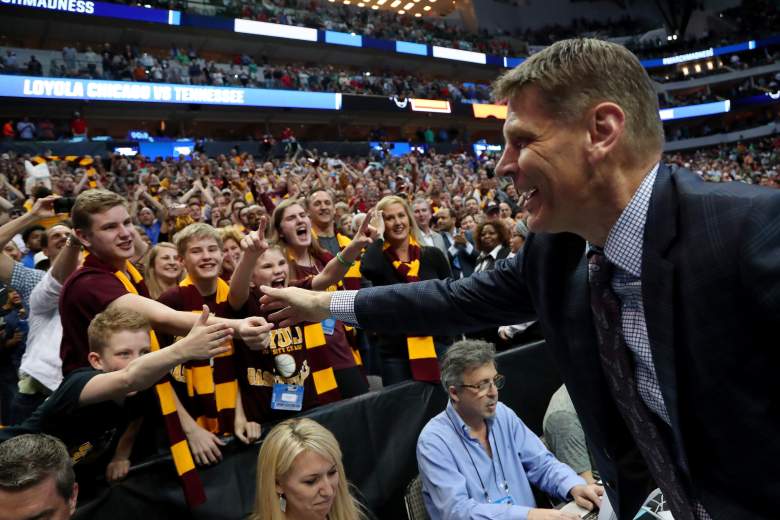 ‌Moser has built a life in Chicago.

He and his wife, Meagan, have four children together – Jordan, Jake, Ben, and Max – and the family, per his Loyola bio, currently reside in Wilmette, Illinois, just outside the city. The key for Moser, and his family, has been finding a balance between home life and coach life.

It isn’t always easy, but Moser has found the best way to do that is to make sure his team feels a bit like his family. He told Northwest Herald:

I wanted that family atmosphere [at Loyola]. I wanted the closeness. The culture of where I was at was about the team first. Doing it the right way. Winning kids.

So far, so good for Moser and the Ramblers.

He’s always been on the court.

Moser played high-school basketball at Benet Academy and helped lead the team to a state record 102-game home winning streak. He was also named to the Illinois Basketball Coaches Association Hall of Fame for his accomplishments as a player in 2017, but it was at the college level that Moser truly excelled.

He was a two-year starter for Creighton, leading the Bluejays to the 1989 Missouri Valley Conference title and an NCAA Tournament berth. Moyer’s time with Creighton continued to influence him even after he hung up his jersey – he and former Bluejays coach Tony Barone have remained close for years and Barone was in the crowd for Loyola Chiacgo’s final home game this season.

“It was fun to share that,” Moser told the Omaha World-Herald.

5. He Was Critiqued for His Suit Choices During the NCAA Tournament 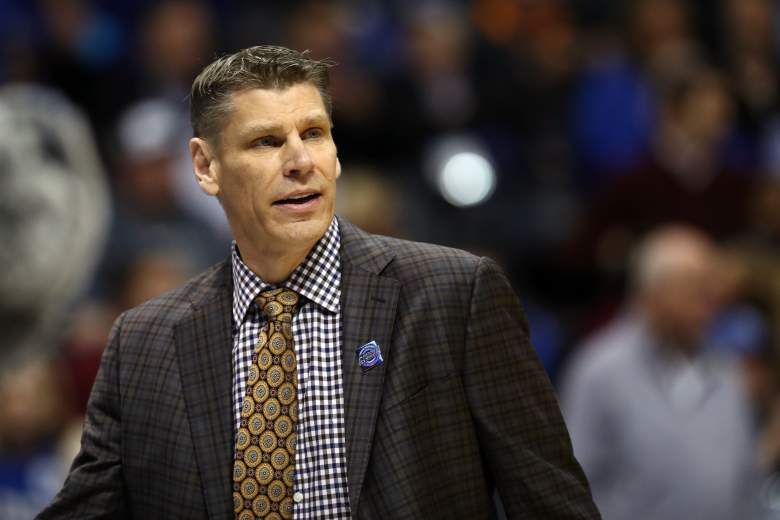 ‌Yeah, you read that right.

Moser’s sideline style has been the subject of several heated Twitter debates through the NCAA Tournament, but it was his look during Loyola Chicago’s Sweet 16 machup against Nevada that drew the most attention. There were a lot of things happening in that suit – half a dozen different colors and several different patterns and, naturally, social media took notice.

Check out some of the best critiques:

Can Sister Jean give Porter Moser some suit tips?

Biggest takeaway from the first half of the Loyola/Nevada game: Porter Moser’s shirt/tie combo is godawful.

Porter Moser could stand one less pattern in that suit ensemble for the elite eight, though. #Loyola

It wasn’t the first time Moser’s fashion choices came under scrutiny. SB Nation’s Mid-Major Madness named him one of the worst-dressed coaches in college basketball last year, writing: “The current Loyola Chicago coach finds his way onto this list per the request of our site’s Loyola expert, Gianna Marshall. As she wrote in our Slack channel when suggesting Moser for this piece, he “on average wears 2-3 prints that don’t go together.””

Although social media hasn’t been particularly kind to Moser’s game-time look, it’s probably safe to assume he doesn’t really care. After all, winning is a lot more important.