Getty Bleacher Report said the Vikings wide receiver depth is the biggest liability to the team in 2020.

The Vikings enter the 2020 season expecting at least four new starters on defense — three at cornerback — yet the defense might not even be the team’s biggest soft spot on the roster.

The Minnesota Vikings traded star wide receiver Stefon Diggs this offseason, which netted the team an extra first-round pick. However, the Diggs trade also left the Vikings with questionable depth at wide receiver.

It’s important to note that fellow starting receiver Adam Thielen was limited to just 10 games and 30 receptions in 2019. If he struggles to return to form, the Vikings could be in serious trouble.

Minnesota used one of its first-round picks on wideout Justin Jefferson. The Vikings’ other top options after Thielen include Olabisi Johnson and Tajae Sharpe. Those two combined for just 623 yards in 2019.

Knox’s numbers don’t lie and there is some concern at the position with Adam Thielen and Tajaé Sharpe the only wideouts who have considerable playing time beyond two years. If Thielen, 30, does suffer another injury after a spotless career of 87 consecutive games played, it could spell trouble to the Vikings offense.

But Knox fails to project Jefferson, and the rest of the wide receiver groups, prospects.

Jefferson has been considered one of the most pro-ready rookie wide receivers in his class after leading college football in catches (111) and contested-catch percentage (92.3). Drafted in the seventh round of the 2019 draft, Olabisi Johnson was trusted into a starting role after Thielen went down last season and put together serviceable numbers for a third wide receiver option. He produced a 116.8 passer rating when targeted and caught 31 passes for 294 yards.

Sharpe, 25, found himself sliding to the bottom of the Tennessee Titans depth chart after suffering a foot injury in 2017 and still quietly put together a solid season in 2019, catching 25 passes for 325 yards and four TDs without a drop. He also posted career highs in yards per reception (13.2) and catch percentage (71.4).

Fifth-round rookie K.J. Osborn is a likely candidate to make the roster as a fifth-option due to his ability in the return game and is as experienced as a rookie as they come. Osborn is 23 years old and played five years of college football.

No, there aren’t any proven elite talents beyond Thielen, but in a run-heavy offense, the Vikings still have several players who can fit the scheme and suffice, so long as the Vikings don’t wind up in a shootout.

Cornerbacks Could Perform Better Than Predecessors 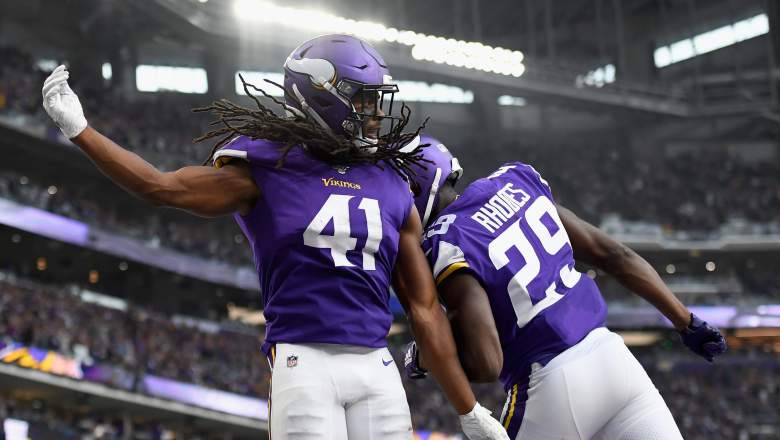 Losing three starters at cornerback is a scary offseason for any team, but given underperformance and the Vikings’ replacements, the group could get better in 2020.

There will be growing pains with introducing rookies Jeff Gladney and Cameron Dantzler into the mix, but veterans Mike Hughes and Holton Hill have shown they can compete when focused and healthy. Smith and Harris should help offset the inexperience of the group and potentially help them surpass their predecessor’s performance in 2019.

Read More
Football, Minnesota Vikings, NFL
Despite questions on defense, a position group on offense is considered the Vikings' biggest liability this season.