After listing the NFL’s most players on the COVID-19 reserve list, the Vikings cleared the last of the eight players who missed time on Thursday.

Among the eight players listed was defensive tackle Armon Watts, who told the Star Tribune that his two-day stint on the list last week was due to a “false positive,” Andrew Krammer wrote.

“I had a false-positive on one of my tests,” Watts said. “So I haven’t had it. I’m sure guys will have their concerns [about coronavirus], but the Vikings are putting us in a good situation and keeping us safe in the building and out at practice. We feel pretty safe.”

Last week, the NFL adjusted its testing protocols that require players who receive an “inconclusive or “presumptive positive” test result should be screened further and considered positive. Detroit Lions quarterback Matt Stafford missed almost a full week due to the original protocols after he had a false positive.

As of last Tuesday, the NFL has a 0.46 percent positive rate among all staff and a 0.81 percent rate among players. The NFL will continue daily test until Sept. 5, and potentially extend testing indefinitely.

Other Vikings Tested Positive For Coronavirus

The Vikings had two confirmed positive cases of the eight players who were placed on the list following the news that Chief Infection Officer and lead trainer Eric Sugarman tested positive on July 27.

Offensive lineman Oli Udoh spent two weeks on the list after testing positive on July 29. He was removed from the list on Thursday and rejoined practice the next day.

Linebacker Cameron Smith tested positive for coronavirus and was prompted to additional screenings that revealed he needs open-heart surgery.

Smith was released and placed on the Vikings non-football injury list and will be paid his full salary for the 2020 season.

Watts Could Be Vital to the Defensive Line This Season 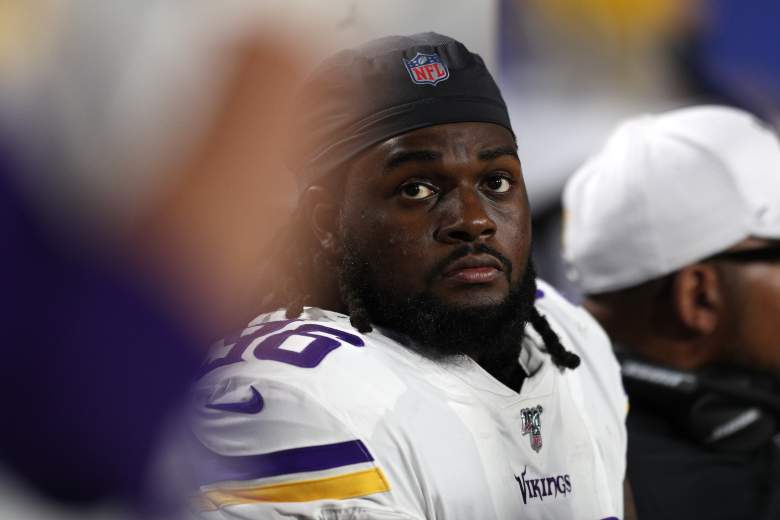 GettyArmon Watts could break into the Vikings starting lineup in his second season.

Watts worked his way into the Vikings defensive line rotation last season as a rookie, playing in seven games and totaling 1.5 sacks and 13 combined tackles. Standing 6-foot-5 and 295-pounds, Watts has the size and athleticism to give the Vikings versatility at nose tackle or the three-technique.

The sixth-round pick out of Arkansas has been praised by several of the Vikings defensive coaches, including Mike Zimmer in a press conference before Friday’s practice.

“He’s got quickness like a three-technique but he’s got size like a nose tackle, the combination of those two things help him,” Zimmer said. “Armon has got a little bit more of twitchy things we look for in three techniques.”

Shamar Stephen appears to be the favorite to fill the starting nose tackle role in the absence of free-agency add Michael Pierce, while Watts could compete for as the starting three-technique and rotate at either spot.