The Vikings’ trade for Jaguars Pro Bowl defensive end Yannick Ngakoue on Sunday gives the team one of the most formidable pass-rush duos in the NFL with Danielle Hunter, but the news of Ngakoue’s arrival in Minnesota hasn’t been all fanfare in the Vikings community.

A few players shared a glimpse into their thoughts on the trade, including edge rusher Ifeadi Odenigbo, who was poised to start opposite of Hunter this season.

Odenigbo tweeted “fools gold,” as his prospects of starting in 2020 proved too good to be true. It was no personal shot at Ngakoue, but more so of becoming a starter after climbing from a practice squad player in 2018 to playing in all 16 games last season — turning down free agency for a future with the Vikings.

Odenigbo was named the top breakout player of the 2020 season by ESPN, but his potential may be sidelined for at least a year as the Vikings finalized a one-year, $12 million contract with Ngakoue. 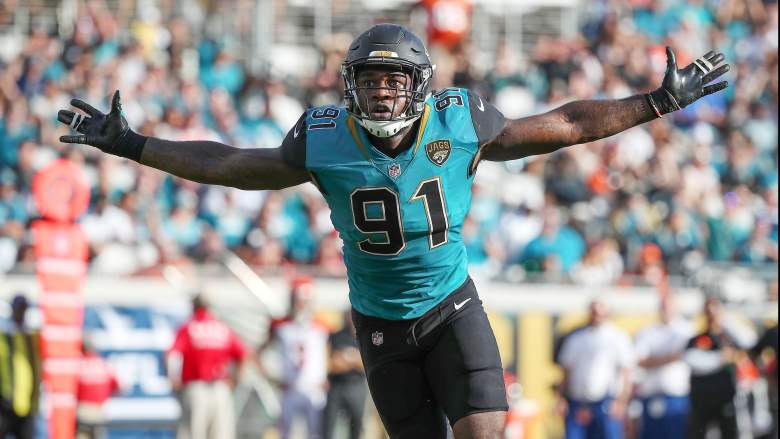 Odenigbo’s tweet seemed less of a shot at Ngakoue personally and more of a reaction towards his anticipation of becoming a starter this season being fool’s gold.

Drafted in the seventh round of the 2017 season, Odenigbo was one of the final cuts to the roster and was signed to the practice squad that season. Odenigbo was again waived the following season and had stints with the Browns and Cardinals before he re-signed with the Vikings in October 2018.

Chris Tomasson reported that Odenigbo had been approached by the Eagles and Colts but stuck with the Vikings.

“When you’re on the practice squad, you don’t really know if you’re staying with a team, but (the Vikings) told me they look at me as part of the future, so it was cool,” Odenigbo said. “They told me, ‘We have plans for you and trust the process and we’ll match their offer.’ So that worked out well.”

Odenigbo has developed under the tutelage of defensive line coach Andre Patterson and is every bit on track to continue to carve out a larger role, but if the Vikings do extend Ngakoue this season Odenigbo may never see his goal of becoming an NFL starter come to fruition in Minnesota.

Fans on Twitter came to Odenigbo’s side regarding the trade, raising the point of what Odenigbo turned down to stay with the Vikings.

Can't say I blame you for being mad at the team.

Philly was gonna sign you to their 53 man roster a couple years ago but Spielman told you that you were in the Vikings future plans so you stayed. You've been putting in a lot of work training for a starting role and they do this.

Teammates Jaleel Johnson and Danielle Hunter both liked Odenigbo’s tweet. Johnson, whose reps may also take a hit with the addition of Ngakoue, tweeted “can’t control the uncontrollable,” in response to the trade.

One fan tried to claim Odenigbo, entering his fourth season, will always be a backup, a tweet that was met with mass critique in defense of Odenigbo.

How do you know he'll always be a backup? I'm sure most thought Hunter would be a backup being drafted as a developmental DE in the 3rd round. Not to say Ifeadi and Danielle are the same talentwise but Thielen and many others go 7th rd/undrafted. Sometimes you bloom late.

There’s speculation that Odenigbo will be moved to the defensive interior alongside Hunter and Ngakoue, which many fans have become to clamor over as Odenigbo becomes more a fixture on the defensive line in his fourth season.

Loading more stories
wpDiscuz
0
0
Would love your thoughts, please comment.x
()
x
| Reply
A few players shared a glimpse into their thoughts on the trade, including edge rusher Ifeadi Odenigbo.