KTLA ‘entertainment’ reporter Sam Rubin confused Samuel L. Jackson and Laurence Fishburne….while he was interviewing Samuel L. Jackson, reports TMZ. The bumbling presenter asked Jackson about his Super Bowl commercial to which Jackson responded, “What Super Bowl commercial?” It then became clear that Rubin had mixed up Jackson and Fishbourne. As The Matrix star, Fishburne had rehashed Morpheus, a character who rails against the fakeness of reality, to sell Kias during the 2014 Super Bowl.

It’s actually an extreme case of life imitating art as well. In a 2005 episode of Ricky Gervais’ Extras which starred Jackson, Ashley Jensen confused the Pulp Fiction star with Fishburne, complimenting him on his performance in The Matrix.

In fact, the real life incident is way more cringeworthy than the fictional one. 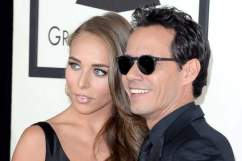