Natalie Morales is the lead anchor for Access Hollywood and still makes frequent appearances on The Today Show. On May 25, she’ll also participate in NBC‘s Red Nose Day by challenging her athleticism on a special American Ninja Warrior episode. Morales is married to investment banker Joe Rhodes and the couple have two children.

The 44-year-old Morales and the 46-year-old Rhodes have been married since August 1998. Their children are 13-year-old Josh and 8-year-old Luke Hudson.

Morales has been in the NBC News family since she joined MSNBC in 2002. She was promoted to the Today Show in 2006. Last summer, she moved to Los Angeles to replace Billy Bush as the host of Access Hollywood and Access Hollywood Live. She still files stories for Dateline.

Here’s what you need to know about Morales’ husband and their family.

When LA looks like Ireland… hiking with the fam.

When Morales and Rhodes made the move to Los Angeles, they did so in style. As The Los Angeles Times reported in August 2016, the couple bought a $6.8 million home in Brentwood.

The newly-built home is far behind privacy gates. It has French iron gates and light-wood floors with gray brickwork and white siding.

According to the Times, the home covers 7,020 square feet and is two storeys. It has six bedrooms and 5.25 bathrooms. There’s also a fireplace, boutique-inspired closets and a balcony.

When Morales worked in New York, the couple lived in Hoboken, New Jersey. She put that house on the market in June for $3.1 million.

2. Rhodes Has an MBA From Columbia Business School & Is a Managing Partner at Stockton Road Capital

According to Rhodes’ LinkedIn page, he earned his MBA from Columbia Business School. He has his undergrad degree from the University of Colorado, Boulder.

After graduating, he worked as an investment banker at Kidder, Peabody & Co. and the Union Bank of Switzerland. After that, he took a job at Charterhouse Group, Inc., where he worked for 11 years and made partner.

In December 2008, he left to create his own firm, Stockton Road Capital. He is currently managing partner at the firm, which focuses on the consumer products industry, according to its website.

The couple married on August 22, 1998 at Phipps Mansion in Denver, Colorado, according to a New York Times wedding announcement. The ceremony was officiated by the United Methodist Minister Rev. Donald Bossart. The Times reported that Morales, who was working at News 12 in the Bronx at the time, decided to keep her last name.

As the wedding announcement notes, Rhodes’ parents are Joseph S. and Kay Rhodes. His parents lived in Denver at the time. His father was also a banker, working for Prudential’s financial services division in Chicago before retiring.

Morales’ parents are Penelope Morales and Mario Morales Jr. Her father served in the Air Force in both the Vietnam War and the Persian Gulf War. Morales was actually born in Taipei, Taiwan and spent her early life in Panama, Brazil and Spain. Before she started her journalism career, she briefly worked for Chase Bank, even though she earned a journalism degree from Rutgers.

4. Their Son Josh Was Delivered in an Emergency C-Section

In an interview with the Hudson Reporter in 2005, Morales revealed that her first son with Rhodes, Josh, was delivered the year before in an emergency C-Section.

The pregnancy was uneventful for the most part, but suddenly, Josh’s heart rate began to slow just before he was going to be born. She was rushed to St. Mary Hospital and underwent an emergency C-Section.

“I received phenomenal care at St. Mary. The nurses were wonderful. They were alert, engaging and humorous – something every woman in labor needs,” Morales told the Hudson Reporter. “In fact, my husband always says ‘Thank God for those nurses.'”

“I’m so fortunate to do what I love professionally, but to be a good mother and wife to my family is what I love the most,” she added.

5. Morales Said She Likes Having Two Sons With a Big Age Gap 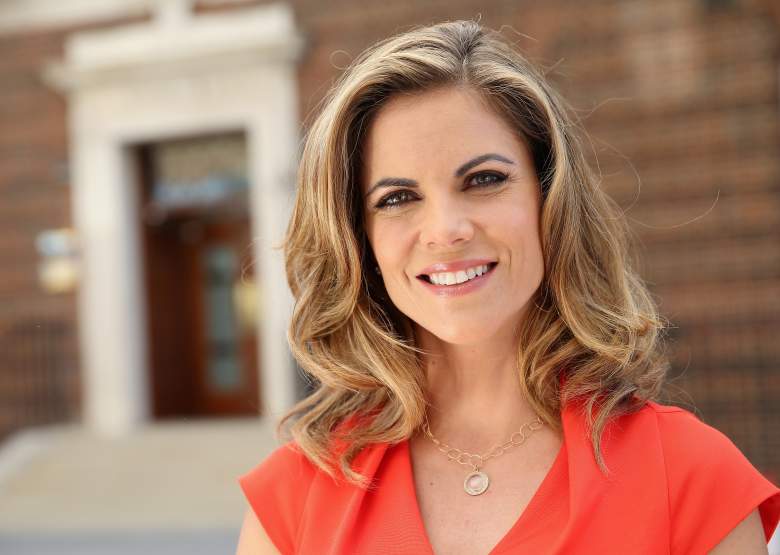 In a 2009 interview with Mom Magazine, Morales revealed that she became pregnant with her second son, Luke Hudson, via intrauterine insemination. Although she thinks mothers shouldn’t wait until their mid-30s to get pregnant like she did, she told Mom Magazine that the age gap between her two sons has been a good thing.

“I think the age difference has actually worked to my benefit, because from day one Josh was so excited,” she told the magazine. “He always wants to kiss and hold the baby.”

She also said that Josh developed a sense of humor at age 5 that surprised her and Rhodes.

“We were staying at a hotel and Josh said he wanted to use the bathroom and he was taking quite a long time, so my husband [Joe Rhodes] called out and asked ‘Are you OK in here? Are you making a poopy?’” Morales told the magazine in 2009. “And Josh answered, ‘No, Daddy, I’m in here playing the tambourine!’ Where does he come up with that sarcasm at the age of 5?”

There were rumors that Morales’ marriage was in trouble last year, with Page Six claiming that an affair between Lauer and Morales led to her moving to Los Angeles. Both Morales and Lauer called the story false.

“There is absolutely no truth to this completely absurd story,” Morales told Page Six. “It is damaging, hurtful and extremely sexist. I have proven myself in all aspects of my job as a news professional and journalist, and am adding to my role, taking on three jobs with Access Hollywood Live and Access Hollywood, in addition to Today. This move was dictated by me and my desire to grow in my career. Any insinuations beyond that are uninformed.”

Lauer also denied it. When Mike Lupica asked why he addressed the rumor at all, the Today anchor replied, “When you feel your family is being threatened and hurt, you speak up. And then you put your head down and go back about your business.”