David Toborowsky and his wife Annie Suwan have had their fair share of issues on 90 Day Fiance: Happily Ever After. Toborowsky’s friend cut him off financially and he still had no source of income. He and Suwan even had to resort to pawning some of their wedding jewelry most recently on the show. Toborowsky was butting heads with his offspring, mostly his daughter, as well.

Unfortunately, Toborowsky had a new issue to deal with and it involved his son, Jacob. On the show, Jacob comes to live with the newlyweds, but Jacob has had a rough time over the past year. According to In Touch Weekly, Jacob was accidentally shot in the face by a friend of his and he needed multiple surgeries to help fix his face. Jacob, who is just 18 years old, fortunately did not suffer any life-threatening injuries from the incident.

On February 4, 2018, just about a week after the incident, Toborowsky posted the following message to Facebook followers: “On behalf of my family we wanted to thank each and everyone of you for the thoughts and prayers that have been sent and said for Jacob Toborowsky. He was shot in the face by a so called friend in a senseless stupid act. We will continue to monitor the situation on a legal front to ensure that justice prevails.”

Though Jacob went to live with Toborowsky and Suwan, he is reportedly now living with Toborowsky’s ex-wife, also his mother. Jacob’s sister Ashley described the incident to a local TV station, WDRB. She said that Jacob’s friend pulled a gun out and started waving it around, but said the gun was not loaded and the safety was on. Unfortunately, neither were the case. Jacob was shot in the right cheek and was very lucky to live through the incident. Radar reported that Jacob was shot with a 22-caliber handgun.

Jacob was shot on January 28, 2018 and was rushed to University Hospital in Louisville, Kentucky. He was then released from the hospital the very next day. A family insider, at the time, told Radar, “Jacob has a fractured jaw. The bullet is in the soft tissue of the right cheek. There is a hole in his face … At the end of the day, his life will never be the same. He has to do deep soul-searching. He will need to help others, and help in getting guns off the street.”

According to WDRB, as of April 2018, Jacob still cannot fully open his mouth and bullet fragments will always remain within his face as well. Toborowsky said that his son is upset because he doesn’t want his friend to suffer any consequences because of the incident. But, Toborowsky says he’s determined for this “friend” to face justice. He explained, “Whether this was an accident, intentional or bad judgement … Anytime someone pulls a trigger, there’s accountability. There’s only one reason to pull a trigger in any situation and that is to kill something. So when you make that decision to pull a trigger, what you’re saying is I don’t care what’s on the other side, I want it dead … An inch in another direction and we wouldn’t be having this conversation the same way. And I am thankful to God and everything that (Jacob) is here with us.” When Jacob was first shot, doctors gave him a 5 percent chance of living.

Jacob lists the University of Louisville as his college and has stated that he is a fry cook at the Krusty Krab on his Facebook page. Also according to his Facebook, he is “in a relationship”.

When Suwan hears from her husband that Jacob is moving in with them, she finds it to be a “total buzzkill.” Suwan says that she and her husband have sex about 5 times a week and that, with Jacob moving in, it would decrease to once or twice a week. 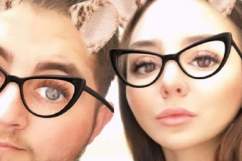