Robert Pattinson will portray the superhero in Matt Reeves’ upcoming superhero movie, “The Batman,” set to hit theaters on June 25, 2021, according to Variety.

According to Deadline, the 33-year-old “Twilight” actor will portray Bruce Wayne in a trilogy of films that Matt Reeves will direct.

The Decision Was Between Robert Pattinson & Nicholas Hoult

it was between robert pattinson and nicholas hoult. geez ain't i thankful they choose the vampire and not the zombie https://t.co/RHGfAP4YEn

Both Pattinson and Hoult were reportedly going through screen tests in the Batsuit. According to Deadline, Reeves and the studio were looking for a Batman in his early thirties.

Nicholas Hoult is a 29-year-old English actor with an impressive resume. He has starred in “Clash of the Titans,” “X-Men: First Class”, “Warm Bodies,” “X-Men: Days of Future Past,” “Mad Max: Fury Road,” “X-Men: Apocolypse,” and “Deadpool 2.”

On the other hand, Pattinson has starred in “Harry Potter and the Goblet of Fire,” all five of the “The Twilight Saga” films, “Remember Me,” “Water for Elephants,” “The Lost City of Z,” and “High Life.” 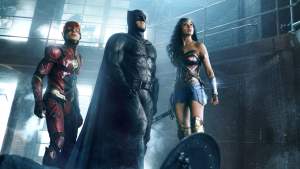 According to Deadline, Reeves’ new film will track Bruce Wayne in the formative stages of Batman, which is why they needed an actor in his early 30s.

Robert Pattinson as Batman is laughable. No one will ever live up to Michael Keaton's Batman. He is Batman. pic.twitter.com/Ai0KCvGpug

One user maintains that Michael Keaton is Batman, and no one can ever live up to him.

Robert Pattinson cast as Batman? I wonder if it'll be a better love story than twilight.

Another user wondered if there would be a better love story for Bruce Wayne than there was for Edward Cullen.

I’m fine with Robert Pattinson being Batman. But make Nicholas Hoult Superman and you have a deal.

Another user said Pattinson at Batman is fine, as long as they cast Hoult as Superman.

Another user suggested Robert Pattinson, “bulk up a little.”

IN MATT REEVES AND ROBERT PATTINSON WE TRUST

Another user is fully behind the decision.