Jax Taylor has revealed that he doesn’t want to raise his son in Los Angeles.

In a surprising Q&A with fans on Instagram Live, the former Vanderpump Rules star, who previously said he wanted to have kids at the same time as his friends so they could all grow up together and go to the same schools, had a change of tune as he talked about raising his son in another part of the country.

Jax dished that he would love to get out of L.A. but that it’s his wife, Brittany Cartwright, who is holding out.

During an Instagram Live with his fans, Jax said he is looking forward to Brittany’s mom, Sherri Cartwright, flying from Kentucky to the couple’s Valley Village home to give some “help” after Brittany delivers their son in April.

“My mother-in-law is awesome,” Jax said, per Reality Blurb. “I love her to death. I want her here now. She’s a great lady to have around. She’s so funny and a sweet person. I’ve never met somebody who’s so hilarious that just loves life.”

Jax then added that he wants to make Kentucky his home. He also dished that he would like like to open a steakhouse in Brittany’s home state someday.

“It’s not happening today but it is in the foreseeable future,” he said. “Maybe next year, if I can talk Brittany into it… I want to raise my kid in Kentucky [but] I’ve got to get Brittany on board.”

Jax’s revelation is surprising considering some of the past comments he has made about raising his children with his friends’ kids in Southern California.

Last month, Brittany’s mom Sherri confirmed to fans on social media that Jax and Brittany “are looking” for a home in  Kentucky.

“Excited, I want to be close to my grandson,” Sherri added.

Fans know that in 2017, Jax and Brittany spent an extended period of time in Kentucky for their reality show Jax & Brittany Take Kentucky. The show put Southern girl Brittany in her comfort zone on her family’s Kentucky farm, while “city guy” Jax was out of his element.

The reality TV couple regularly travels to Kentucky, and they also had their wedding at the famous Kentucky Castle in 2019.

Jax Taylor Also Teased Plans to Write a Tell-All Book, But Admitted  He Probably Won’t Have Any Friends Left Once He Writes It 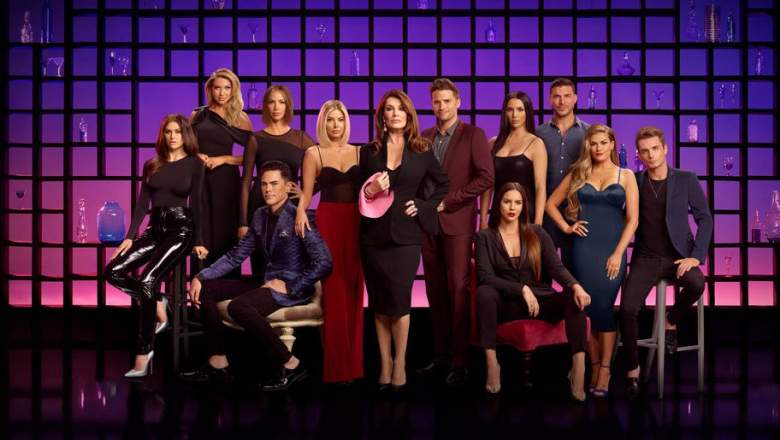 While fatherhood is first and foremost on his mind, Jax also teased that he is considering writing a tell-all book about his life after announcing that he and Brittany won’t be returning to Vanderpump Rules next season.

“Maybe I’ll wait another year or so and I’ll do a tell-all,” he said. “I’ve got nine years’ worth of sh– to talk about. I would make it about the sh– that happened on the show. I probably won’t have any friends after that, but whatever.”

Several Vanderpump Rules stars, including Stassi Schroeder and Kristen Doute have already written books. In addition, series star Lala Kent will release her memoir, Give Them Lala, in May, just one month after she’s due to give birth to her first baby, a daughter.

But Jax is one of the most controversial former cast members on the show, so his tell-all could be explosive.