The latest Pokemon Go nest migration has just occurred. What spawns have changed this time around?

In Pokemon Go, the free-to-play mobile game from Niantic Labs, nests are places in the real world where a large number of the same species of Pokemon will spawn. For example, Dratini can often be found near water, but a Dratini nest would be a place where you immediately run into five or six Dratini as soon as you go to that location.

The game’s 10th migration took place on Thursday, December 29th. This occurred just on time, as nest migrations happen on a bi-weekly basis and the previous one was on December 15th.

Unfortunately, it’s difficult to know what your local nests have turned into without just going and looking yourself; after all, not all Dratini nests will have changed to the same type of Pokemon. A good way to check for the changes, though, is to head over to The Silph Road. On this website is a map of the world that fans have been slowly populating with every single Pokemon nest. You can see exactly when a nest was submitted to know whether it’s up to date; if it was submitted prior to December 29th, the nest probably doesn’t spawn that Pokemon anymore. If it was posted on or after the 29th, that information is up to date.

To give you an idea of some of the changes some players have been experiencing, though, here are a few of the nest changes that have occurred this time, according to reports from fans on the Pokemon Go subreddit. Some of these are not exactly ideal, so hopefully you will have some better luck. 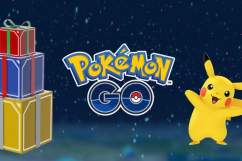 ‘Pokemon Go’: How Long Will the Holiday Gift Boxes Be in the Shop?