The beginning of Fortnite Chapter 3 has brought a lot of lapsed players back into the game as they check out all of the new stuff that Epic Games has for them.

On top of the new map and new weapon meta, there are a handful of features available now that weren’t there before.

One major change is the way players can get around the map. Borrowing a key feature from both Warzone and Apex Legends, Fortnite has added a sliding mechanic into the game that can be done by sprinting and then hitting the crouch button.

Your player will character will not only become harder to hit, but you can also shoot while sliding, meaning that a lot of players will add this into their arsenal.

However, one major change that fans are really happy about are the changes to the revive system. Typically, when a player was knocked they would be down for 10 seconds as somebody stuck the res. Now, other players can join in and speed up the revive. 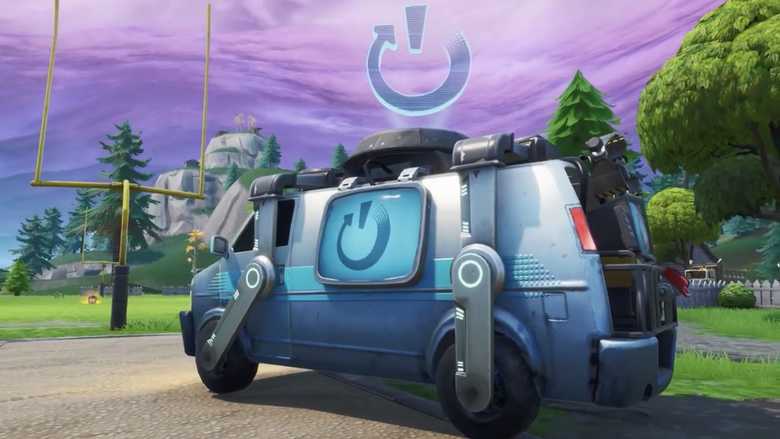 A player who is downed can now be helped by multiple teammates and it’ll make the 10 second countdown go even faster. A Reddit thread shows how strong this ability is and it really makes things a game changer.

It’s important to note that this feature also applies to Reboot Vans. Instead of having to be under constant threat from other players ruining the reboot, you can have multiple players help with that too.

This all adds up to be a massive change to the game and it results in a lot less downtime and it allows you to get back into the action quicker. It’s changes like this that make Fortnite more enjoyable, and it’s surprising that this didn’t come earlier if it was possible.

In previous seasons, being downed didn’t really give players many options other than crawling around and calling out where enemies were.

Now, players can drop items and weapons for their teammates and they can even open up chests and doors. It’s not really clear why you’d want to open a chest up while knocked, but it’s an option now.

While much of the focus will be on things like the new map and locations to explore, it’s the little changes like this that help Fortnite feel fun to play, so we hope Epic is able to continue making changes like this going forward.

We know there are even more new things coming later this season such as dinosaurs, tornadoes, a return of Tilted Towers and another Spider-Man skin. The start of the season has been very fun so far, so we hope Epic is able to keep the ball rolling with even more content.

There’s still a lot for players to explore on the new map, so perhaps things like unbreakable bunkers or unopenable doors will eventually be unearthed. All of this hasn’t even touched on the plot of the season, so that will be revealed to us too.

Loading more stories
wpDiscuz
0
0
Would love your thoughts, please comment.x
()
x
| Reply
This could be the best change in all of Fortnite Chapter 3.