The first update of Fortnite Chapter 3 is set to arrive on December 14, that is if you don’t count the Spider-Man Mythic release.

Over the weekend, the new Spider-Man web shooters released into the wild, so you can find those in various spots on the map now, but there will be even more to look forward to this week.

Updates are always an exciting thing in Fortnite, and the first one of a season should be no different as it’ll have a bunch of new things to look forward to.

For starters, we’ll be getting some more Spider-Man-related items, something that we’ve known about since the start of the chapter. It seems like this could be the update that adds Mary Jane into the game, and she’ll be an NPC that’ll sell you items like the others on the map.

Before we can get to all that, we first have to go over the downtime that’ll be part of the patch.

There's a chill in the air as our v19.01 Game Update is set to release tomorrow!

Downtime will begin at 3:00 AM ET (8:00 UTC) with matchmaking being disabled 30 minutes prior. pic.twitter.com/1Osur5zoFh

Like any major update of Fortnite, it comes with a bit of downtime. This means that you’ll be booted from the game as Epic implements the patch.

Downtime begins on December 14 at 3 a.m. ET / 12 a.m. PT, so it’s not exactly the most popular time to play Fortnite, which is likely why this is the time they go with.

While you won’t be able to play during the downtime, you’ll be able to follow along with the leakers as the developers add new things into the game.

Once downtime concludes you’ll be able to update your game and jump in to see everything new. Usually, the downtime lasts no more than an hour, so the amount of time you’re waiting is not really that long.

A new update also brings a variety of bug fixes to the game, so let’s take a look at all of those. 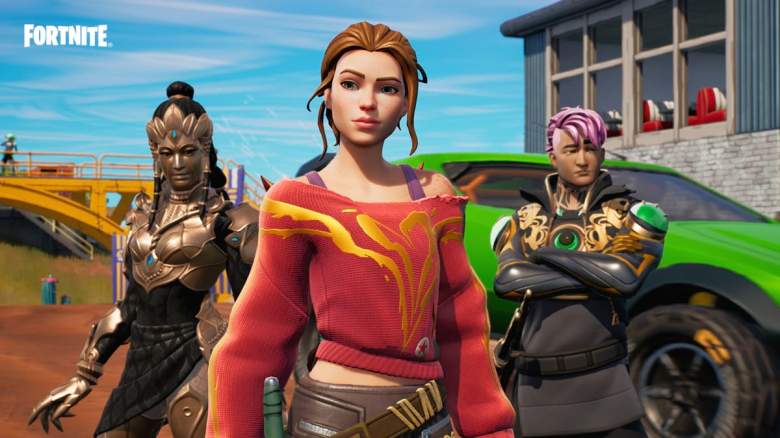 If you follow along on the Fortnite Trello board, you’ll be able to stay up to date on the fixes that are coming to the game.

Here’s everything that’s confirmed for this update:

All in all, there’s not a ton listed for a fix in this update, but the board does have a long list of things are still being fixed for the future.

There’s a chance that some of the changes listed could still arrive in this update, but don’t hold your breath.

Winterfest files & Mary Jane should be added to the files tomorrow!

Matrix skins and Boba Fett could already be added too, but they would 100% be encrypted just like Mary Jane..

According to Fortnite leaker ShiinaBR, we should be getting information about both Winterfest and the Mary Jane NPC tomorrow.

Winterfest is the annual holiday event in Fortnite and it’s a good way for players to earn a ton of XP along with getting some new cosmetics. We don’t know what’s in store for us this year, but it sounds like we won’t be in the dark for much longer.

We’ll more than likely be getting more information about future cosmetics coming to Fortnite, so keep an eye out for those as well.

READ NEXT: How to Get Monopoly Back Blings in Fortnite