Sean and Brodie Copeland, a father and son from Lakeway Texas who enjoyed youth baseball together and were on a family vacation to Europe, were killed in the Nice, France terrorist attack, according to the local CBS affiliate.

Sean Copeland, 51, and Brodie, 11, are the only Americans identified so far as having died in the attack, although three University of California-Berkeley students suffered broken legs and a broken foot and one was still unaccounted for on Friday, according to The New York Times.

The Copelands perished in the horrific attack in Nice on Bastille Day. The gunman, identified by Nice media as a 31-year-old French-Tunisian man who lived in Nice, drove a large box truck for more than a mile through the crowd and then used a pistol to shoot people, AFP reports.

The terrorist was then killed by police. His has been identified as Mohamed Lahouaiej Bouhlel, a delivery driver from Nice who may have been radicalized rapidly, according to the French interior minister, CNN said.

Up to 84 people were killed in the attack and many more were wounded.

1. The Copelands Had Sent Friends a Photo of Brodie in the French Riviera That Very Day & Brodie Was in Fifth Grade

A photo of Brodie Copeland shortly before he died in Nice. (Facebook/Hill Country Baseball)

The Hill Country Baseball Team shared the sad news on Facebook, explaining that the above photo was sent by the Copelands earlier that day from the French Riviera.

Aaron Cable, the club’s head of player development, told NBC News that Brodie was a mature “one-of-a-kind kid. “You could have adult conversations with him when he was 9 years old,” Cable said to NBC. Cable called Sean Copeland a “dedicated father,” said The Austin-American-Statesman.

A Go Fund Me site set up to help the family says Brodie “was cooling off in the waters of the Riviera just hours before he joined hundreds of spectators on the Promenade des Anglais to watch fireworks for France’s national holiday.”

Brodie was a typical child; a video posted online shows him in baseball uniform getting his tooth pulled. The New York Times says Brodie was a fifth-grader about to enter middle school.

2. Brodie Played Youth Baseball as The ‘Copeland Crush’ & His Father Worked for a Software Company

According to the Austin-American Statesman, Sean Copeland worked for Lexmark Corporation, as  vice president of North and South America for Lexmark’s Kapow Software Division. Brodie’s mother’s Facebook page identifies her as a stay-at-home parent. In a statement, Lexmark called Sean Copeland a “terrific leader,” The Austin American-Statesman said.

Brodie played second base in youth baseball; The New York Times says he was such a strong hitter that he earned the name the “Copeland Crush.” His mother, Kim’s, Facebook profile picture is a photo  of him in a baseball uniform standing on a mound with his father:

Pastime Training Center also posted a memorial to the family on Facebook, saying:

The Go Fund Me site for the family said Brodie “has been playing baseball at Hill Country since Fall of 2014.” The youth made an immediate impact on the coaches, and his father was “very supportive and proud to be a part of the HC family,” says the post.

3. The Family Was in Nice on a European Vacation Through Multiple Cities & Was Celebrating Two Birthdays

Sean Copeland’s Facebook profile is a family photo (above). CBS says the father and son “were on a family vacation when they were killed.” KEYETV says the family was in a group of people when the father and son were killed. Brodie was the youngest in the family, NBC said. Sean Copeland’s older children from a first marriage, Meagan and Austin, were also along, said ABC News.

The family was also celebrating Austin’s birthday as he had just turned 22, said NBC. A family spokesperson told The Austin-American Statesman that the family had started its European vacation in Pampola, moved on to Barcelona, and then had ended up in Nice. People Magazine says that Sean Copeland was planning a 40th birthday surprise party for his wife when they returned from Europe. The family was watching the fireworks on the Nice promenade before the attack, People Magazine said. Sean Copeland’s brothers are now flying to France to help the family, said ABC.

A family friend, Bill Bishop, tells People that the family had gone running with the bulls in Spain, which he said was on Sean Copeland’s “bucket list.”

A relative, Haley Copeland, posted on Facebook early Friday about the terrorist attack, said The New York Daily News: “2 of those 80 people were American and those 2 people happen to be uncle Sean and 11 year old cousin Brodie.”

4. Brodie Was One of Several Children to Die in The Attack & His Mother Had Made Her Profile Picture the French Flag in the Past 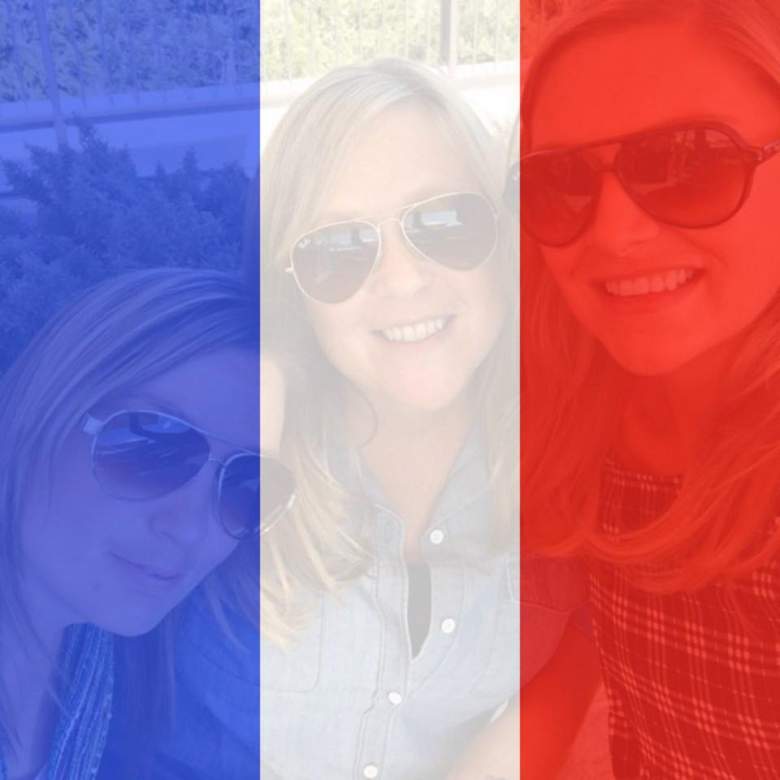 Brodie’s mother had changed her profile picture to the French flag filter in honor of the victims of the Paris terrorist attack last fall. The Texas governor has now raised the French flag on the governor’s mansion in honor of Brodie and Sean and the other victims in Nice and to show solidarity to France, said KASE101.

5. Brodie Had Starred in Peter Pan as Part of a Local Production & a Family Spokesperson Released a Statement on the Family’s Behalf

Sean Copeland,51 and his son Brodie Copeland,11 are sadly two Americans lost in this terrorist attack in nice France pic.twitter.com/cyYW4Y1sib

Brodie’s mother’s Facebook page is filled with photos of him starring in a local production of Peter Pan. In December 2015, she wrote, “Tickets just went on sale for Peter Pan…Brodie is playing Michael. I know he would love to have friends and family in the audience :) The shows are in January…all the ticket info can be found here.”

In addition to Michael Darling, Brodie also starred in other local plays, including acting as the king in “Cinderella” and playing Daddy Warbucks in “Annie,” said The Austin American-Statesman.

The family released a statement through a spokeswoman, Jess Davis. It said, according to the Austin newspaper:

“We are heartbroken and in shock over the loss of Brodie Copeland, an amazing son and brother who lit up our lives, and Sean Copeland, a wonderful husband and father. They are so loved.”